XSEED Games has announced the release of BurgerTime Party! on the Nintendo Switch as a physical copy available from retailers and digitally via the Nintendo eShop.  This title sees the return of Data East’s 1982 classic and provides all new challenges for the culinary hero, Chef Peter Pepper.  Watch the new trailer below… 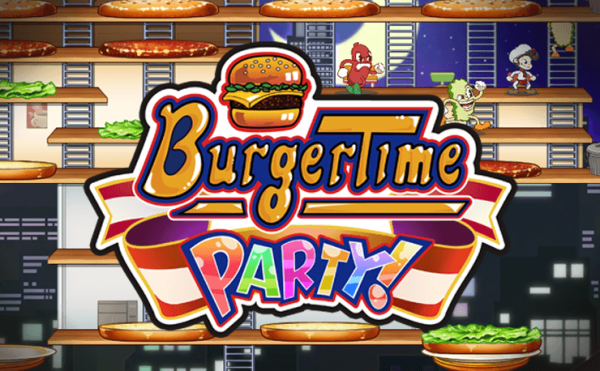 In BurgerTime Party! Chef Peter Pepper needs to cook his way through more than 100 sizzling hot stages, avoiding environmental hazards such as crumbling floors, freezing ladders, and malfunctioning conveyor belts and evading the Food Foes and their efforts to thwart his dinner plans.

The game features brand new game modes, including a local multiplayer mode for 2-4 friends and a Challenge Burger mode that will have players solving bite-sized puzzles to compete for a high score leaderboard against top chefs from around the world.

In 1982, Chef Peter Pepper and the Food Foes delighted arcade-goers worldwide with the action/puzzler BurgerTime. The classic gameplay returns in a fresh, colorful package full of tasty twists and scrumptious surprises as BurgerTime Party! for Nintendo Switch system! Iron-willed chefs can individually tackle the solo campaign or join up to three friends in local multiplayer.

BurgerTime Party! is cooking up a storm on the Nintendo Switch now.