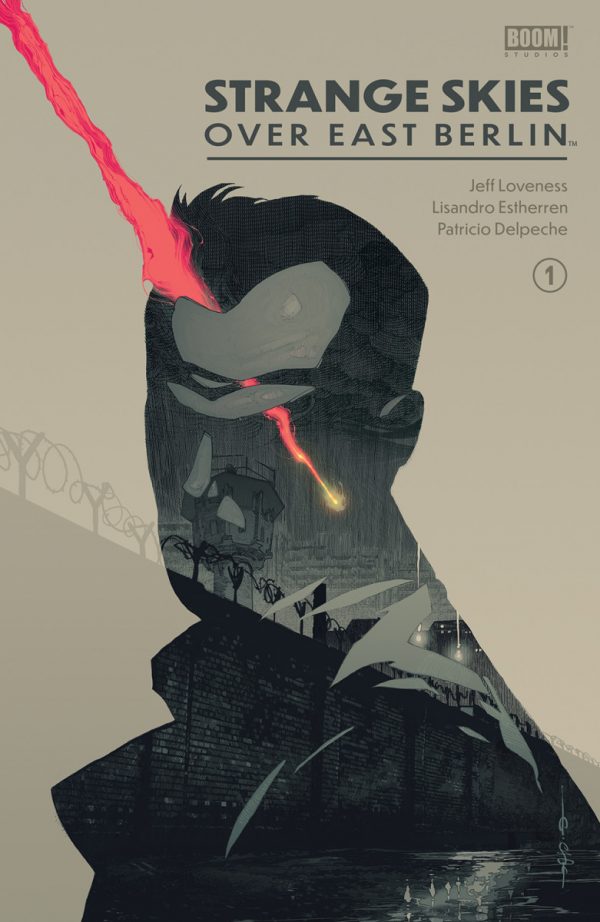 A terrible time in human history has been re-imagined, retold and revisited in this strange yet refreshing tale from Boom! Studios. The story of Herring, an operative working in East Berlin, Strange Skies Over East Berlin explores the human misery and oppression of the living situation behind the Iron Curtain, with the book exploring day to day life in the state, as well as the strange events in the skies above it.

Strange Skies Over East Berlin reads like a Cold War spy story, where the most important thing in the entire world is what is happening on the other side of the wall. While the story manages to keep you very much intrigued, the sci-fi aspect of the story seems secondary – or at least in this first issue it does.

The miserable life of Herring is one of tiredness and wondering why he keeps going on day after day, when 99% of his life as a spy is all about lying and deception. His soliloquy throughout the story is harrowing and makes his character seem more real while he contemplates the repercussions of his work and what the divide of Germany means to the rest of the world.

The level of detail in each frame of the artwork is so in depth. A second read through of the issue will have you focusing and admiring the scale of the art rather than the depth of the story. However, the character design of Herring may have you wondering if he is a grown-up version of Tintin on first appearance, but this does fade throughout the issue.

Strange Skies Over East Berlin is a wonderful tale of Cold War deception and close encounters of the first and fourth kind. The issues plays its part excellently and then ends on a cliffhanger that will leave you wanting more.