With the first trailer set to drop later today for Dolittle, Universal Pictures has released the first poster for the upcoming adventure featuring Robert Downey Jr.’s titular eccentric veterinarian surrounded by a menagerie of animals; check it out here… 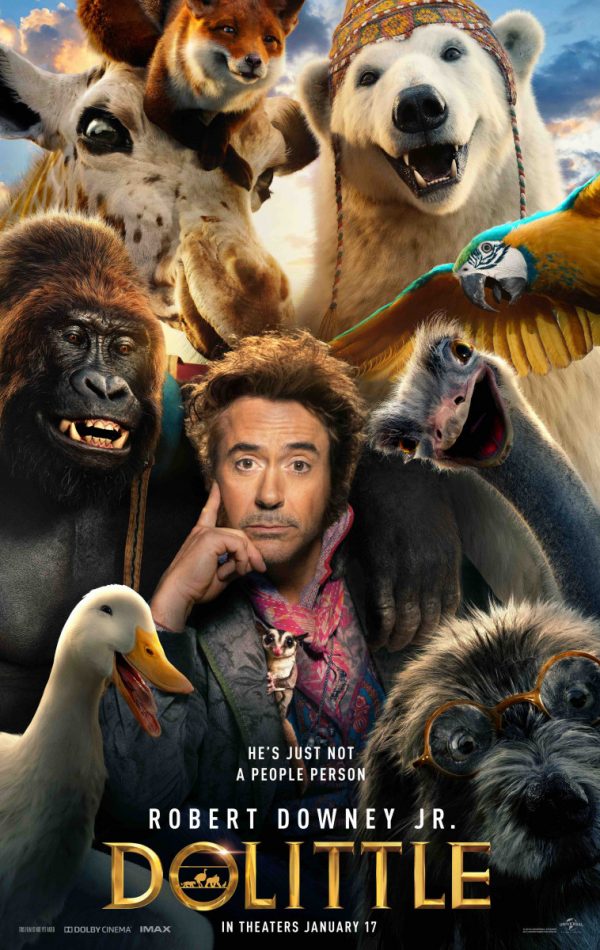 The doctor is joined on his quest by a young, self-appointed apprentice (Dunkirk’s Harry Collett) and a raucous coterie of animal friends, including an anxious gorilla (Oscar® winner Rami Malek), an enthusiastic but bird-brained duck (Oscar® winner Octavia Spencer), a bickering duo of a cynical ostrich (The Big Sick’s Kumail Nanjiani) and an upbeat polar bear (John Cena, Bumblebee) and a headstrong parrot (Oscar® winner Emma Thompson), who serves as Dolittle’s most trusted advisor and confidante.

Dolittle is set for release on January 17th.