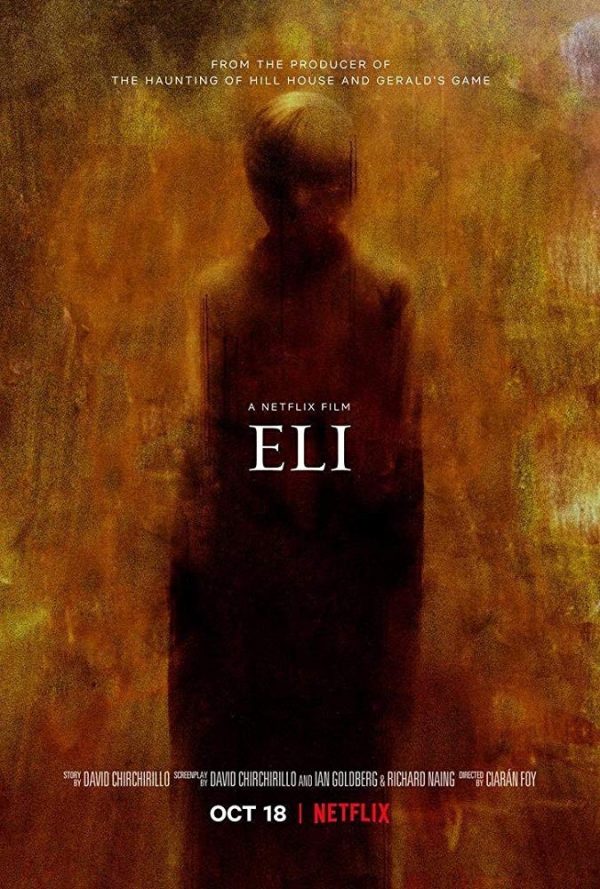 A boy receiving treatment for his auto-immune disorder discovers that the house he’s living in isn’t as safe as he thought. 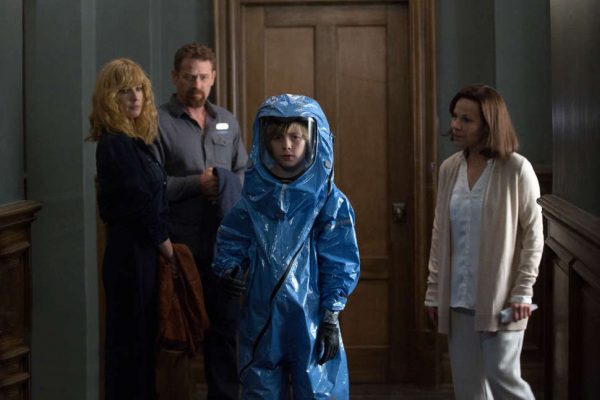 Generic repetition can at times plague Netflix’s catalog of interchangeable horror offerings, but then a title such as Ciarán Foy’s Eli drops out of nowhere. What in the actual gobsmacking fuck. Scribes David Chirchirillo, Ian Goldberg, and Richard Naing presumably wrote three separate acts all unto themselves, then Foy was forced to Frankenstein them all together. It’s the equivalent of horror Mad Libs, but defying sensible rationale, dare I admit bemused appreciation for this freewheelin’ genre bullshittery? Damned if I know how *anything* melds together, but I burst out laughing at the breathtaking audacity of Foy’s finale and could only applaud. Touché, enjoyable haunted nonsense.

The film’s label refers to Eli (Charlie Shotwell), a boy suffering from some rare auto-immune disease that traps him inside a plastic quarantine atmosphere. Mother Rose (Kelly Reilly) and father Paul (Max Martini) wish normalcy for their son, so they travel to Dr. Horn’s (Lili Taylor) “clean” mansion for a life-changing procedure. Eli can wander without hazmat equipment but quickly finds his new living quarters may not be vacated by previous inhabitants. Ghostly figures stalk Eli’s nights, leading him to ponder Dr. Horn’s true intentions. What’s *really* wrong with Eli, and can he *ever* be cured?

To describe Eli as Morgan (institutional imprisonment) meets House On Haunted Hill (1999) would only be a start, nor even a fraction of the thematic gumbo being stirred. What begins as bubble-boy despair morphs into a funhouse hospital spooker before veering hard-right into…well, uncharted territories off the road map. That’s not to say scripting isn’t messy, or disjointed, or better serving scenes over cohesion. All of that is true, but Foy manages to conjure intrigue like a three-headed subgenre enigma. Reminiscent of this year’s Belzebuth (on Shudder) in the way narratives play by their own rules and care not for consistency. 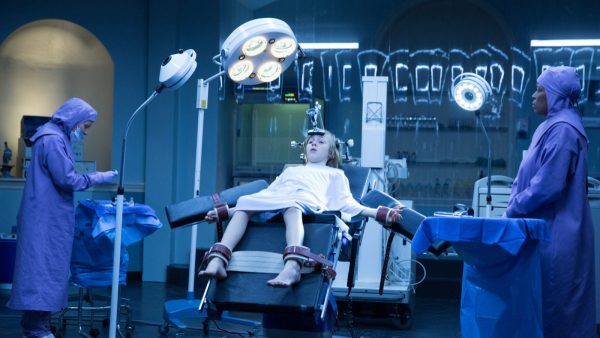 What Foy accomplishes for the film’s largest duration is creepy vibes within a vacuum-sealed environment. Eli’s skin burns up like a sun-scorching rash when in contact with nature’s biology, which necessitates Dr. Horn’s state-of-the-art purity palace. Lookin’ like Spencer Mansion from Resident Evil, it becomes easy for Foy to summon the souls of past patients who torment Eli while leading the child towards coverup truths. A boy who thinks he’s being helped eventually feels tricked, undergoing painful medical procedures for experimental purposes instead of illness eradication. Foy wastes little time soaking in the horrors of Horn’s manor, which can claim responsibility for many a frightening jolt.

Enter Sadie Sink as Haley, who appears outside estate windows and communicates as a friend to Eli. Is she behind the frequent midnight ghosts turning up in Eli’s room to write foggy messages on his window or chase him into standing closets while rigidly shambling with rage? What lurks beyond the “forbidden areas” contaminated by outdoor air? Eli doesn’t do a splendid job explaining these inconsistencies, but stokes the fires of uncertainty while effectively working simple yet fully-charged hauntings that get the job done. A repetitive cycle of Eli running to his parents for safety only to be met with incredulous looks and disbelief. Expected? No doubt. That doesn’t mean Foy still can’t finger the pulse of terror that keeps Eli in a constant state of projected fear.

What’s important is that characters remain just as incredulous and discombobulated as the audiences attempting to comprehend each devilish zig and zag. Kelly Reilly’s maternal instincts never suggest anything more than blind faith in her son’s betterment while Max Martini plays the red herring of sorts, keeping conspiracies alive. Lili Taylor and her nurses their own brand of militant devotion to medical practices under the “guise” of treatment – if crackpot theories are believed. It’s a constant guessing game that incinerates in shock-and-awe flames when Foy’s climax speeds down a road seemingly unforeseen if you’re not paying attention to smaller clues (that I’d LOVE to mention here but, ugh, this one is better experienced fresh). 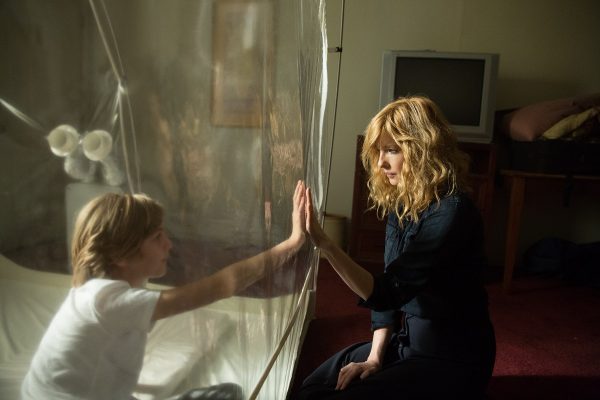 Netflix’s Eli is a stupifying journey from open to close, dear readers. It’s one that’ll leave audiences scratching their heads, but tinges of incomprehensible ambition won this critic over as realizations sent Act III into a nosedive of excitement. How did we get here? Where’d any continuity vanish? Somehow Ciarán Foy catches us in left-field momentum that culminates with such confidence and I can only show respect. Eli is a puzzle that uses pieces from multiple different boxes but still assembles a creeptacular picture in the end. Against many well-documented odds.