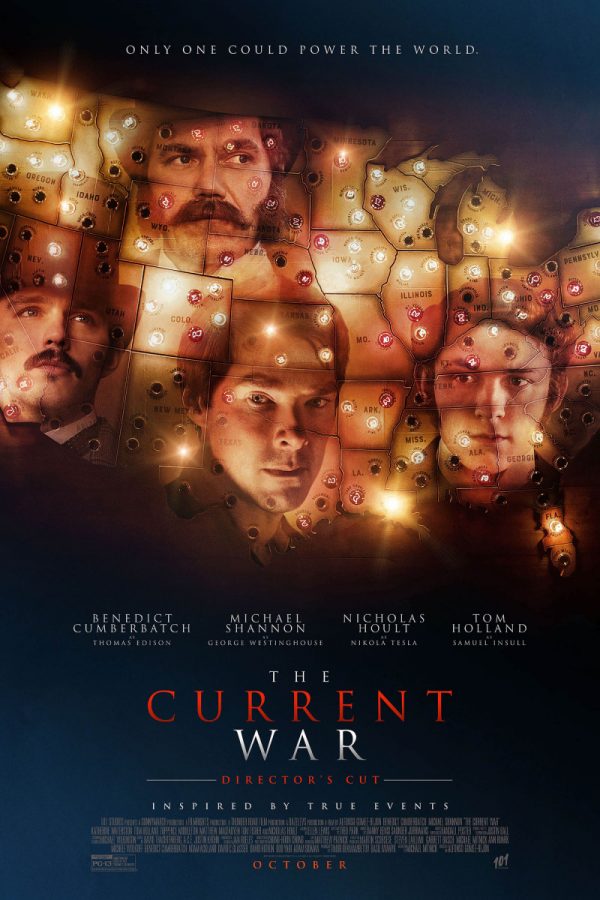 The dramatic story of the cutthroat race between electricity titans Thomas Edison and George Westinghouse to determine whose electrical system would power the modern world. If you’re wondering why the hell I’m writing a review for The Current War (a movie many of you have probably seen theatrical trailers for two years ago), that’s because it hasn’t been an easy journey to actually get this electrical engineering biopic released. Response from the Toronto International Film Festival was a mixed bag, but the film had already secured distribution rights. Unfortunately, backing came from The Weinstein Company, and we all know what triggered that distributor’s death. Put on the shelf for an unknown and fairly lengthy amount of time, the circumstances did give director Alfonso Gomez-Rejon (most known for helming a few episodes of American Horror Story and the Sundance hit from a few years back, Me and Earl and the Dying Girl) to mull over the criticism and recut the film, which according to him in recent interviews was initially a very restrictive process.

As much as I hate to say it, this director’s cut is not exactly a good movie either; it’s actually a disaster that crams in various subplots (everything from terminally ill spouses to a murderer selected as a fitting first candidate to test out the newly invented and supposedly more humane execution procedure, the electric chair) to the point where the triple threat titular current war between Thomas Edison (Benedict Cumberbatch), George Westinghouse (Michael Shannon), and Nicola Tesla (Nicholas Hoult) comes across as a jumbled assortment of competitors power plays that never amounts to anything emotionally engaging. 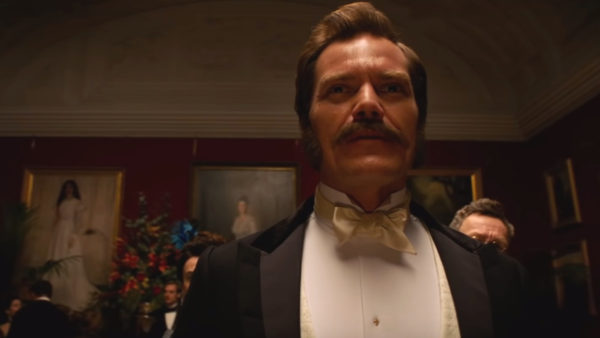 It’s also evident that this version of The Current War is heavily edited and condensed, as an embarrassing number of scenes start and stop before even making a meaningful contribution to the narrative at large. Even that wouldn’t be necessary if the interactions between these characters were entertaining or added to them in some tangible way. It’s not the end of the world if a scene doesn’t move the plot forward, but the bigger problem entirely if it’s all a waste of time. Instead, Alfonso Gomez-Rejon is relying on the work of the talented cast assembled to inject some life into the proceedings, and to the film’s credit, those performers are trying.

The only upside to the breakneck speed that this game of one-upmanship and smear campaigns plays out is that the actors themselves are able to relay similar energy, that while I would never call electrifying, nonetheless kept me from falling asleep. Benedict Cumberbatch is fine selling the consummation of Thomas Edison’s ambitions (he neglects his family in order to stake his place as the biggest name in the electrical engineering industry and as a world-renowned inventor), Michael Shannon imbues George Westinghouse with a sense of his own graceful awkwardness, Tom Holland is charming as Edison’s assistant with similar goals but more in tune with his moral compass, and Nicholas Hoult placing Nikola Tesla is the calmest and collected of the bunch. From a craftsmanship standpoint, it’s wise that he is kept offscreen for the majority of the first two thirds, sweeping in during the final act to piggyback off of Edison’s accomplishments and really make his presence known. The less said about the female characters, the better. Aesthetically, there’s nothing wrong with The Current War (the period piece details are serviceable), but the scattershot approach to the story never allows the viewer to really be sucked into its events or passage of time. The film’s only intriguing dynamic is the fact that while Thomas Edison never wanted to create anything that could lead to endangering or harming others, his advances in electricity paved the way for inventions such as the aforementioned electric chair. His obsession to be at the top of the hierarchy also sees him killing horses with electricity as a means to slander the competition he accuses of pioneering dangerous alternatives, which is an effective sequence, but the electric chair juxtaposition never successfully comes to fruition. It seems as if most of the trimming of the running time was actually done here.

Anyone that has ever paid attention to a history textbook knows how this ends, and that’s fine. No one watches biopics for plot surprises. The Current War is a massive failure simply because it doesn’t bring depth to any of these historical figures; it’s a rundown of key events barreling through the motions. Not to go for the easy pun, but The Current War quickly overloads and never recovers. Perhaps it should have stayed buried along with The Weinstein Company. Ironically, the film ends with an epilogue mentioning how Thomas Edison was essentially responsible for the invention of motion pictures; he might regret doing such a thing if he saw this biopic.