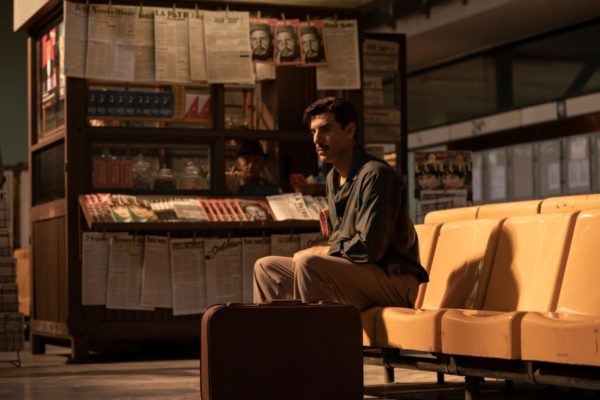 In this latest spy thriller that dropped from Netflix, Sacha Baron Cohen plays the main role as newly recruited Mossad spy Eli Cohen and boy, is he something or what. In fact, if I were to sum up my review succinctly in three words it would be; Sacha Baron Cohen. The guy is that good. Cohen has been an actor whose been in everyone’s radar for quite some time now, churning out unique and captivating performances in succession ever since he came into prominence playing Ali G InDaHouse. Although I always maintain that Rami Malek was incredible in Bohemian Rhapsody, there’s a part of me that wishes that it’s a damn shame Cohen didn’t get an opportunity to flex his acting chops in the same role too. But enough of entertaining ‘what could have been’ and ‘what should have been’, let’s sink out teeth into Cohen’s latest now.

Although this TV series doesn’t break new ground and is formulaic at times, it definitely is an excellent vehicle for Cohen to display has acting prowess. And display he does, and then some. This is undoubtedly his most serious role to date, and I cannot shower enough praise for what his work here. Torn between his undying love for country and the deep commitment to his family Cohen captures the psychological tension of a man living a double life and the inevitable toll it takes, through his nuanced performance. Some scenes were truly heart wrenching to watch and all credit goes to Cohen for his work here. He is truly the beating heart of this narrative. On a lighter note, the fact that he resembles Borat when he dons a moustache while going under cover, tickled me a bit initially; I mean, I half expected him to suddenly burst out saying “Hello, my name-a Borat, I journalist for Kazakhstan.” But no, this isn’t a raunchy comedy, for the stakes at play here are very real. 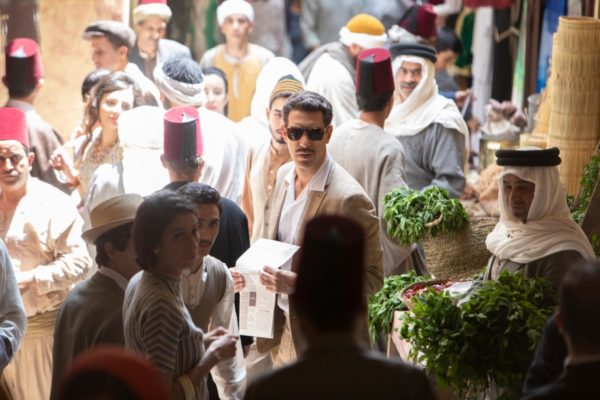 As The Spy opens, Israel is reeling from fierce tensions in Syria, and the fact that they don’t have an inside man over there has hit them hard. This is where Cohen’s character Eli-a lowly department store employee of Egyptian Jewish descent-comes in. Eli and his wife Nadia are content with their lives, but deep down they both yearn for that little something extra; a shot of glamour, a touch of sophistication, that we all seek. In real life, Eli Cohen is Israel’s most famous spy, going undercover to Damascus in the 1960’s in order to obtain Syrian military secrets and thwart further attacks on the kibbutzim of the Northern Israeli regions.

Several books have been written of his exploits but this particular series is based on the book L’espion qui venait d’Israël, written by Uri Dan and Yeshayahu Ben Porat. The supporting cast of the series plays an integral role in bolstering Cohen’s incredible performance, from the tough-as-nails Mossad recruitment agent Dan Peleg (Noah Emmerich; The Americans) to Eli’s wife Nadia (Hadar Ratzon Rotem; Homeland), there are great performances across the board. Gideon Raff the series creator brings his experience as a writer in the critically acclaimed Homeland TV series by crafting nail-biting suspenseful set pieces that will leave you clamoring for more. Director of photography Itai Ne’eman (Heroes Reborn) brings in an almost steely-cold Fincher-esque look to the series through his cinematography. 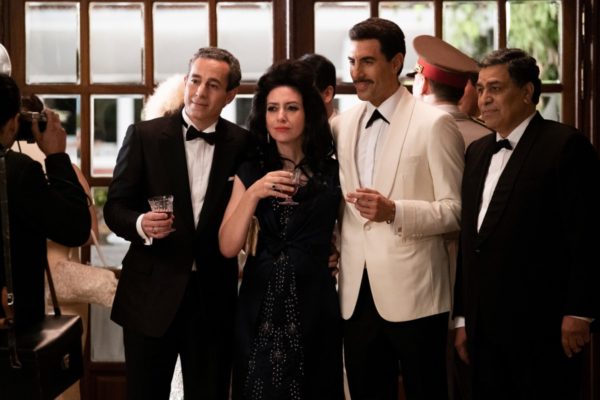 All in all, The Spy isn’t groundbreaking by any means, but it does offer a solid story with a riveting performance by Sacha Baron Cohen in the lead. If spy thrillers and espionage flicks are your cuppa tea, then look no further to be gratified.