Louis Creed and his family have recently moved to the town of Ludlow, Maine, hoping to find a new lease of life in the sleepy town. However, personal tragedy and the dark forces they conjured seem determined to torment the family. Dark forces that seem to emanate from the eerie “Pet Sematary”. With this being October Horrors I couldn’t let it pass without spotlighting a cinematic adaptation from the world’s most successful transcriber of nightmares that is Stephen King. With the author continuing to enjoy one hell of a resurgence on the big and small screens, we’ve now reached the inevitable point where Hollywood has decided to start re-adapting his novels that have made it to the big screen already.

As many of you probably know, Pet Sematary was initially brought to the screen via the 1989 film version from director Mary Harron (and which I reviewed in a previous October). While it would be easy to spend this review comparing that version to this new version, that would be a waste of time. The ’89 version had its good moments, but without question, this new darker take on King’s novel is the superior film. The central performance of Jason Clarke as Louis Creed is particularly excellent, with it being leaps and bounds above the often wooden approach of 1989 star Dale Midkiff (Former King of the Midriff). In the film’s first half, Clarke’s natural likeability shines through as we see Louise spent time with his family and attempt to adjust to his new surroundings. In the film’s bleak second half when things go sour, Clarke is exemplary to portray the kind of desperate broken grief-stricken father who you can’t help but still sympathise with, even as he ventures to that burial ground.

Amy Seimetz as Rachel, Louise’s wife, while not necessarily given as much meaty material as her co-star, still manages to nail the role of a loving wife haunted by her own past. Seimetz telling of the infamous story of Zelda is especially bone-chilling and really has you squirming in your seat. Although, as an aside, the Zelda story is brought up rather haphazard fashion. I mean, it’s just odd to see her go ‘I don’t want to talk about it’ and then like one second later she’s all ‘my sister was all kinds of fucked up man’. As with the 89 version though, the standout character the Creed’s wise neighbour Jud Crandell, brought to life this time around the ever-reliable John Lithgow. Lithgow is terrific in the role, remaining faithful to the novel’s portrayal of Jud as a surrogate grandfather to the Creeds, while also adding a more mysterious and solemn quality to the character that was absent in the 89 version, with it suggesting that Judd is hiding more than a few secrets of his own.

The film’s approach to its scares are where things get a bit more mixed, with the film being far too reliant on jump scares to try and jolt into submission with a barrage of loud bangs and stingers, which given the directors jump scare-free and more atmospheric previous film (the solid Starry Eyes) comes off as rather forced. The first jump scare is a fucking truck driving past for Christ’s sake, I know it’s foreshadowing but there are more subtle ways to do that. The parts that do work well are the film’s visuals, which really emphasizes the darkness of the woods surrounding the Creeds home. The trees seeming to go on forever and with the long shadows, they cast in the night positively dripping with menace. The gruesome effects used to bring Rachel’s ill sister Zelda to life are disturbing and painful and lend themselves to one of the film’s most frighting and uncomfortable moments as Rachel imagines herself in her sister’s place. I also love the film’s sound design, with every creak of the house and every muffled banging (the non-jump scare ones that is) being like horror cat-nip to my ears.

The story this time around is where things get a bit more controversial and divisive. For the first half, the film follows the novel fairly closely cutting some things such as Jud’s wife (save for a brief appearance) and the story of Timmy Bateman (likely held back for a possible prequel), with retaining other elements such as the death of Victor Pascow (used more sparingly this time around) and the fearsome presence of the demonic Wendigo that stalks the woods surrounding the burial ground (cut from the 89 version). 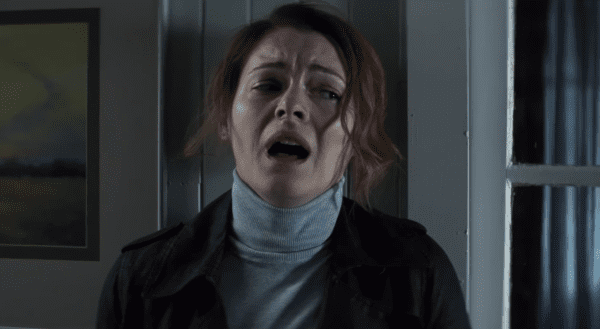 It’s in the second half that things really change with the story’s pivotal moment that sees the Creed’s suffer a personal loss being a significant departure from the novel. It’s a change that seems to have irked some with a few calling it unnecessary or too much of a deviation from King’s work. I personally applaud the filmmakers for this change which, while initially seeming to be a mere surface-level alteration, actually somehow manages to make this familiar story feel somewhat fresh again.

The only real issue I had with these changes (which I have purposefully avoided discussing in detail) is that many of them were spoiled by the film’s marketing, robbing them of their potential to surprise longtime fans of the novel, something which I think may have fuelled much of the disapproval. Regardless though, I still appreciate the changes made and I still feel that could surprise some viewers to long-time fans and new viewers, albeit if they somehow managed to avoid all the trailers in the several months since this film’s release. With strong performances, particularly from Clarke and Lithgow, suitably dark visuals, excellent sound design and an approach that honours the novel’s themes while also willing to try different with them, Pet Sematary is the adaptation of Stephen King’s darkest novel that we’ve been waiting over 30 years to see.

While it’s still likely to polarise fans of the novel and the 89 version, there is still plenty to like here. even if it does lack The Ramones. Check this one out.