At the New York Comic Con today, Netflix and Dreamworks Animation held a panel for its popular animated series She-Ra and the Princesses of Power where they revealed the teaser trailer for its upcoming fourth season as well as its premiere date of November 5. Watch the trailer  and check out two new posters featuring the heroes and villains below… 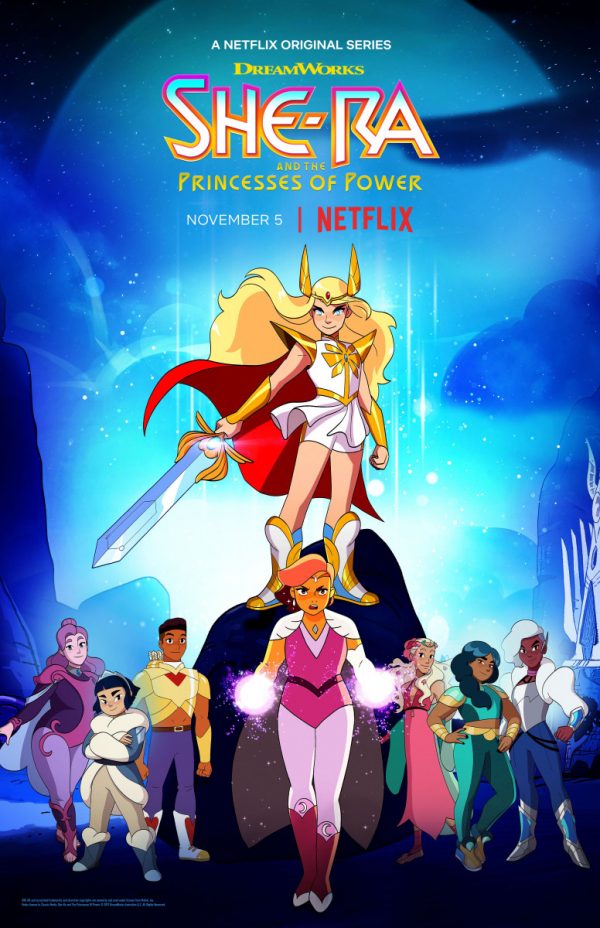 The fourth season will run for 13 episodes, all to be released the same day. In addition to the trailer and premiere date, an official synopsis of the season was also given that teases the growing conflict between the Rebellion and Horde:

Season 4 begins with the respective rises of Queen Glimmer as leader of the Rebellion and Catra as co-leader of the Horde. As the Horde makes advances on the Rebellion under the looming threat of Horde Prime’s arrival, the Princess Alliance makes heroic strides but begins to disagree on the best way to defend Etheria. Ultimately, a shocking discovery about Etheria itself causes Adora to reconsider everything she thought she knew. 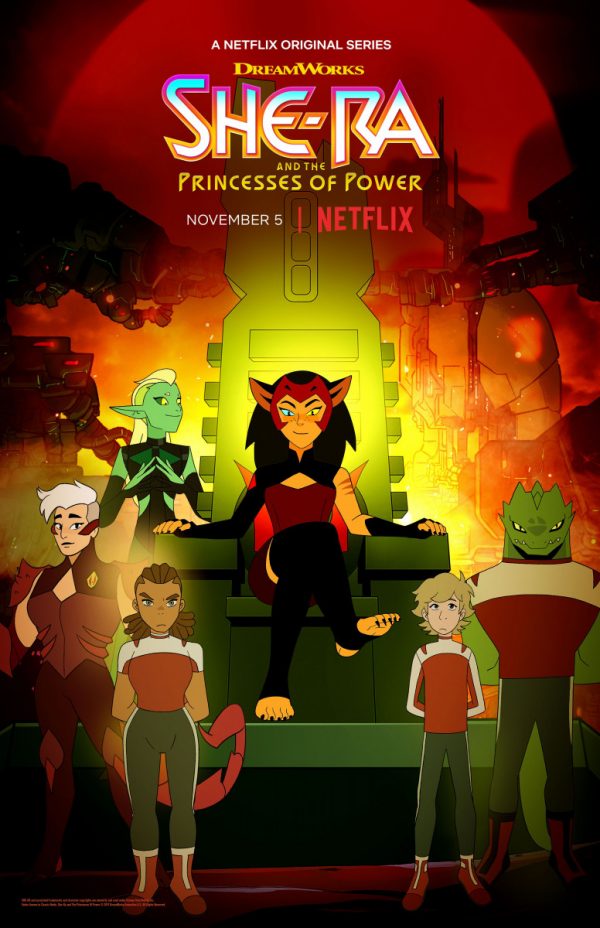 She-Ra and the Princesses of Power features the voice talents of Aimee Carrero (Young and Hungry) as Adora/She-Ra, Karen Fukuhara (The Boys) as Glimmer, AJ Michalka (The Goldbergs) as Catra, Marcus Scribner (black-ish) as Bow, Lauren Ash (Superstore) as Scorpia, Reshma Shetty (Royal Pains) as Angella, Lorraine Toussaint (Orange is the New Black) as Shadow Weaver, Keston John (The Good Place) as Hordak, Christine Woods (Hello Ladies) as Entrapta, Genesis Rodriguez (Time After Time) as Perfuma, Jordan Fisher (To All The Boys I’ve Loved Before 2) as Seahawk, Vella Lovell (Crazy Ex-Girlfriend) as Mermista, Merit Leighton (Alexa and Katie) as Frosta, Sandra Oh (Killing Eve) as Castaspella, Krystal Joy Brown (Motown: The Musical) as Netossa and returning for Season 4 is Geena Davis (Thelma and Louise) as Huntara.

She-Ra and the Princesses of Power will premiere on November 5th.