Thanks to Digital Eclipse two of Disney’s most treasured games from the 16-bit days of gaming make their return to modern consoles today.  Disney classics Aladdin and The Lion King, arrive with new features, enhancements and a variety of bonus content that will keep fans hooked.  A new launch trailer can be seen below… 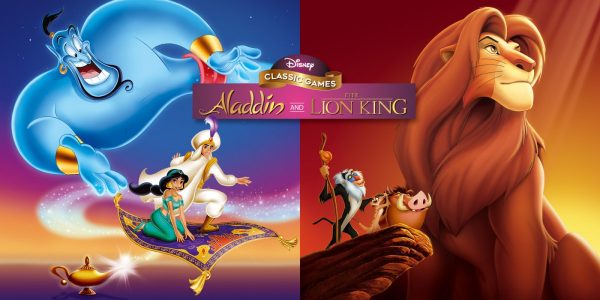 The Aladdin and The Lion King collection features upscaled graphics to take advantage of today’s high definition displays plus additional upgrades that will enhance playability.  Players will also get a brand new “final cut” of Aladdin, and an original Aladdin “tradeshow demo” which hasn’t been available to the public since 1993.

“Aladdin and The Lion King are iconic titles that redefined what a licensed game could be, so we took great care to deliver the kind of modern experience we, as fans, would want,” says Stephen Frost, senior producer at Digital Eclipse. “We wanted to highlight the rich history of both games and stay true to the originals, while also refreshing the experience for new players and all the fans of the 90s versions.”

The Aladdin and The Lion King collection is available now on PC and both physically and digitally on consoles with the physical European version set to arrive on 1st November.