Coming hot on the heels of the news that Paul Rudd is set to return to the big screen for Ant-Man 3, Marvel Entertainment has announced that Scott Lang is set to headline his own brand new comic book series this coming February from the creative team of Zeb Wells and Dylan Burnett. 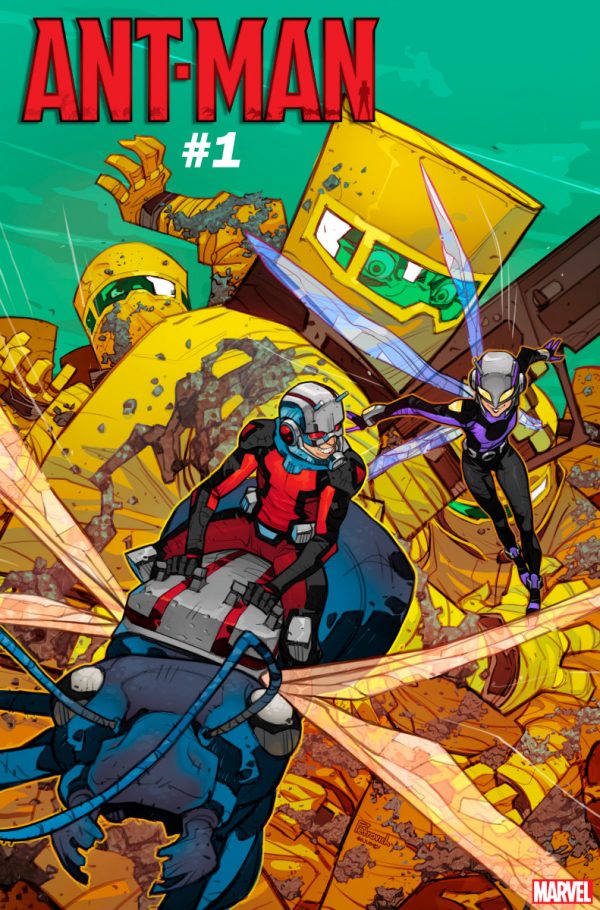 “Dylan Burnett, Mike Spicer and I are out to put the ant in Ant-Man, turn over some rocks and craft a bug-forward tale that starts small and spins into a world-spanning adventure,” said Wells. “And you know Stinger (Cassie Lang) is coming along for the ride.”

Ant-Man will open with Scott Lang down on his luck and desperate for adventure until he’s looped in for a job only he can accomplish. What begins as a seemingly unheroic task for local beekeepers rapidly escalates into a conspiracy that could threaten the Earth! Throughout this journey, Ant-Man will not only have to prove himself as a hero, but as a parent to his daughter Cassie Lang as well. A Super Hero herself, Cassie will be joining her dad as Stinger as the father/daughter duo embark on this bug-filled quest together, along with many of your other favorite Marvel Super Heroes!