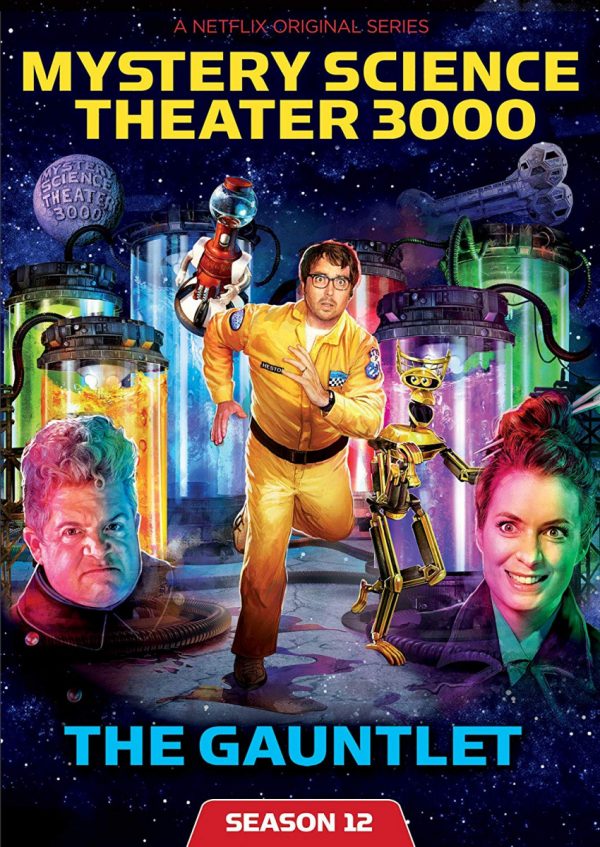 Mystery Science Theater 3000 is back for a six-episode twelfth season dubbed The Gauntlet. Jonah and the bots must endure all of the movies in one sitting, an obvious nod to today’s binge-watching culture, and you can do the same on Netflix or with this new Blu-ray set from Shout! Factory. Unfortunately, there are no bonus features. 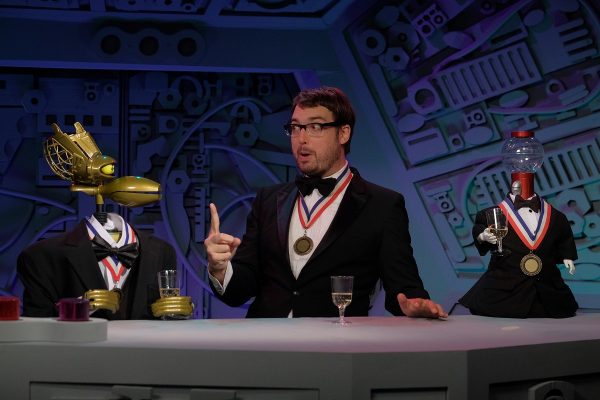 Mystery Science Theater 3000 has long been a happy place for me. Whereas my other geeky pleasures, like Star Wars, tend to be a mixed bag of uneven content and sometimes-toxic fans, MST3K has always been my go-to if I’ve had a crappy day and I just want to unwind. I can pick pretty much any episode at random and know that I’ll have an enjoyable experience.

Sure, MST3K fandom has its share of obnoxious folks, like the person who mailed the “I hate Tom Servo’s new voice” banner to Kevin Murphy (he hung it in his office during the entire run of the show). However, I haven’t interacted with them much, either online or offline, so I’ll just pretend they’re mostly cool people who don’t stress out over things that really aren’t important in the grand scheme of the universe. (Refer to the show’s theme song.)

I’ve reviewed many of the series’ home video releases over the years, culminating in 2017’s Volume XXXIX from Shout! Factory. Shout! has continued to reissue the old Rhino collections, though, and they’ve also put out the two new seasons from Netflix, including this new edition of season 12, known as The Gauntlet. I was happy to see the show revived, and while it has taken some time to get used to a new host, along with new mad scientists and new robot voices, all of them feel like old friends now. 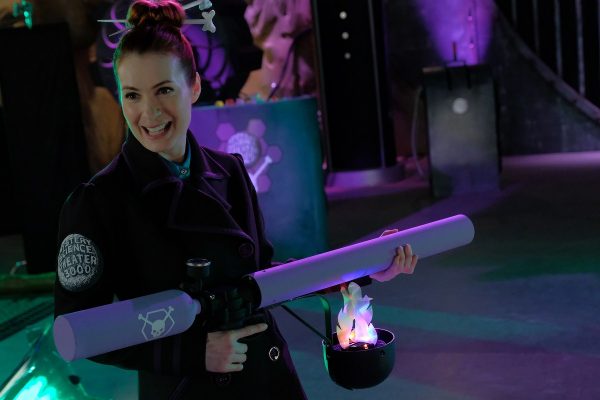 And that’s the way MST3K should make you feel: like you’re hanging around with some fun friends who enjoy snarking on cheesy movies and who share many of the same cultural references you do. I’ve never been one to engage in “Which host was better?” debates (I also roll my eyes at “Which Star Trek captain was better?”), so I’ll just say that I appreciate what each of the three has brought to the show: Joel with his deadpan banter, Mike with his “aw shucks” Midwestern charm, and Jonah with his “Now what the heck is going on?” attitude that seems perfect for the world we currently live in.

Whereas season 11 was 14 episodes that pretty followed a similar formula as the old show, the new twelfth season is dubbed The Gauntlet and features a run through six crappy movies. The conceit is that the mad scientists have challenged Jonah to endure all of the films back-to-back, which of course is a nod to today’s binge-watching culture. Personally, I usually barely have the time to sit through one movie, so taking in all six of these episodes at once wasn’t possible for me – I wonder how it was for viewers who tried to replicate what Jonah had to endure.

(Yes, technically Jonah is running a gantlet, not a gauntlet, but, again, let’s remember the show’s theme song.)

The movies are of 70s and 80s vintage except 2013’s Atlantic Rim. (Why does the Pacific Ocean get all the mech vs. monsters action, right?) The most recognizable one to Gen Xers in the audience (like me) is probably Mac and Me, an E.T. clone from 1988 that was pretty notorious when it came out, thanks to its blatantly obvious product placement. When a movie includes a dance number in a McDonald’s, is it really a movie anymore, or is it a commercial bookended by an inane story? 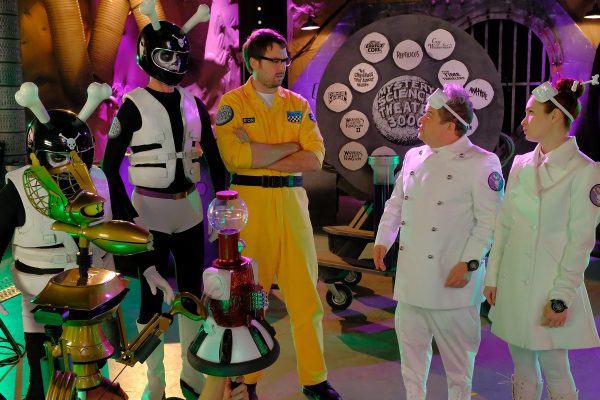 Compared to season 11, The Gauntlet finds the new cast hitting their stride. While both of the new seasons are equally funny, season 12 has a better-measured pace to the jokes, so you have more time to absorb them. MST3K is no stranger to that kind of thing, since its earliest seasons had the opposite problem: jokes had too much silence between them before the cast figured out how to ramp them up a bit.

Here are the movies that comprise The Gauntlet: 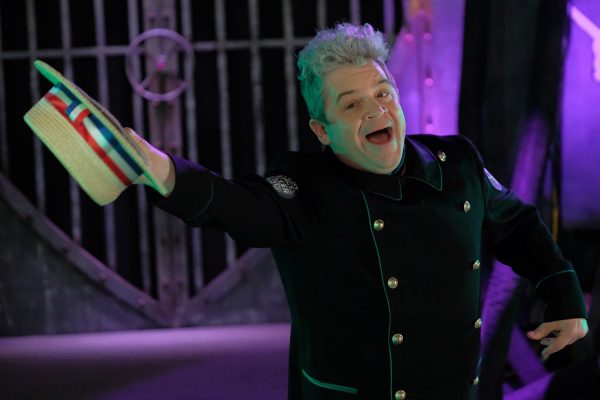 Unfortunately, there are no bonus features in this three-disc set, which is a bummer. I always enjoyed the extra materials that Shout! put together for previous MST3K releases, particularly the historical overviews that put the movies in context. While many of the movies that the show has skewered were made for pretty basic reasons – mostly a desire to capitalize on a trend and make as much money as possible – the folks involved in their creation were often earnestly trying to create something good. Many times they were doing their best with the limited resources they had, and those bonus features often highlighted that fact.