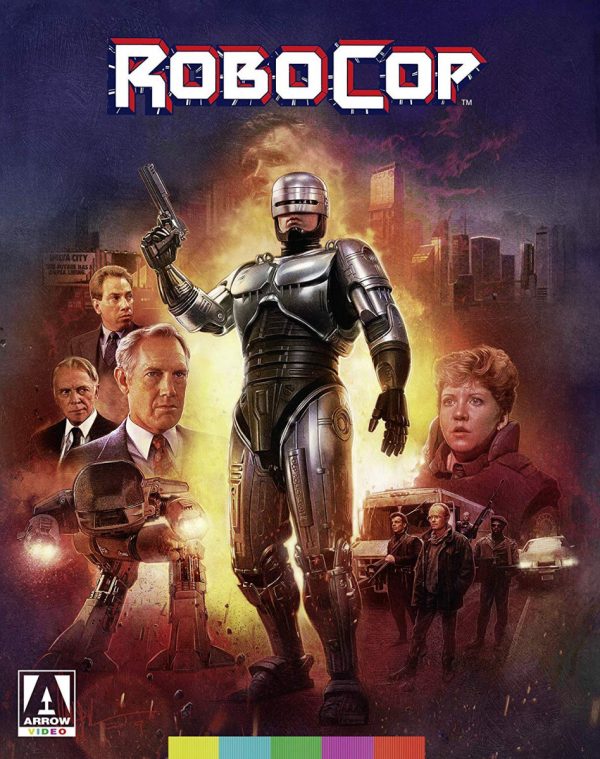 RoboCop fans should snap up this new Limited Edition Blu-ray of the film, which includes the theatrical and uncut versions on two discs, most of the previously released bonus features, and two hours of new content, along with a pair of new commentary tracks. Arrow also threw in postcards, a poster, and an 80-page booklet. 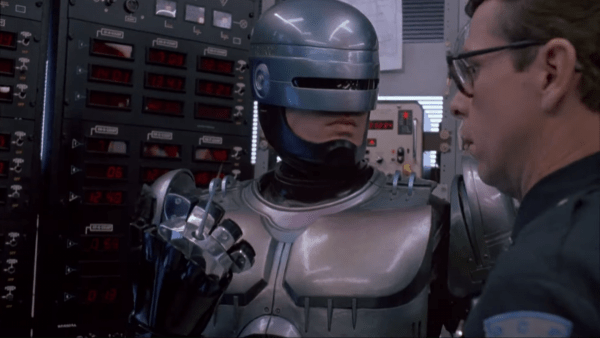 When I revisited RoboCop for the 20th Anniversary Collector’s Edition that was released on DVD in 2007, I was struck by how its satire of the Reagan years rang true in the waning days of the George W. Bush administration. Thus I wasn’t surprised when the same point was raised by one of the interviewees in that set’s bonus features.

And, yes, as the cliché goes, the more things change, the more they stay the same. Here we are today in an environment where OCP could easily be seen as a stand-in for more nefarious elements of the US government. And all I have to do is look at my local Facebook group dedicated to crime reports to see plenty of people who would cheer an actual RoboCop if he was stomping around my town. 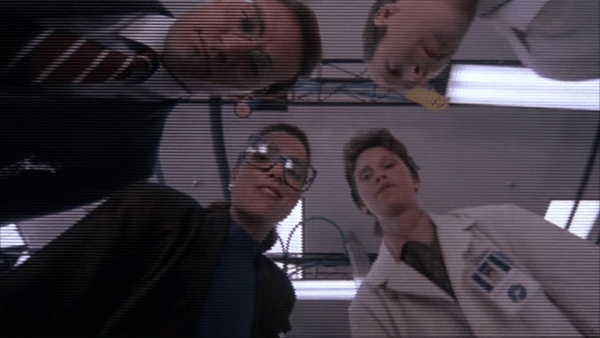 In director Paul Verhoeven’s film, which is set during an unspecified time in what was then the near-future, the city of Detroit is collapsing and headed toward bankruptcy. (Sound familiar?) Crime has skyrocketed and the Omni Consumer Products (OCP) Corporation has cut a deal to run the city’s police department in exchange for a chance to rebuild the worst area into a neighborhood full of expensive high-rises.

When police officer Alex Murphy is killed while trying to arrest members of a gang, OCP sees their chance to try out some new technology they’ve been developing. Murphy is transformed into RoboCop, complete with a brain wipe, but some of Murphy’s old memories seep through. That human element helps RoboCop turn on OCP when he discovers what one of its executives is really up to, and they bring in an ED-209 robot unit to try to finish him off. 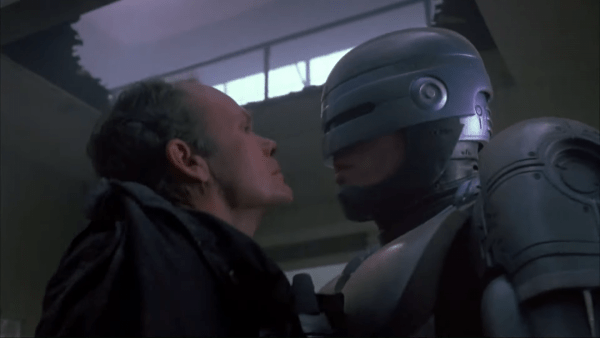 RoboCop escapes and Detroit descends into complete chaos when the police, angered by how OCP has mismanaged their department, go on strike. He must contend with that while trying to bring OCP’s rogue executive, and the leader of the gang, to justice.

This new home video edition of the movie from Arrow features a pair of Blu-ray discs, one containing the unrated Director’s Cut and the other housing the theatrical version. Both platters contain plenty of bonus features too. The Director’s Cut runs just a minute longer than its theatrical counterpart and consists mostly of violent snippets that were trimmed to get an R rating in 1987. RoboCop was restored in 4K in 2013, with the transfer approved by director Paul Verhoeven, so this is the version you get here.

While many of the bonus features in this release were ported over from previous editions, there is a nice chunk of new stuff too. Much of the extra content from the 2004 and 2007 DVD releases is found here, but not all of it, so you may want to hold onto those editions. As far as I know, the 2014 Blu-ray had nothing new on it, so you could probably get rid of that one. 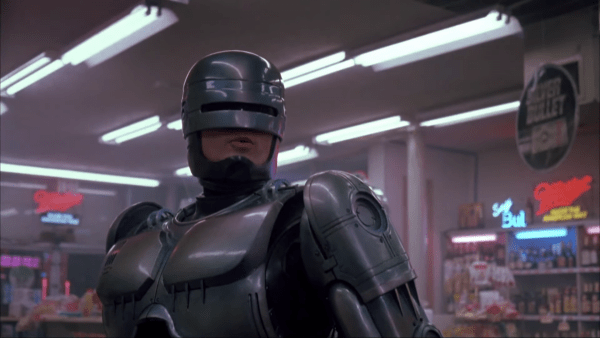 Let’s take a look at the bonus content, starting with the new stuff: 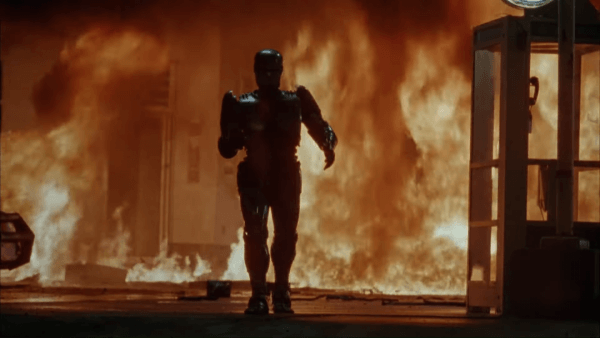 If this was all Arrow included, I think most people would be pretty happy, but they ported over most of the content found on previous home video releases, so let’s take a look at that too: 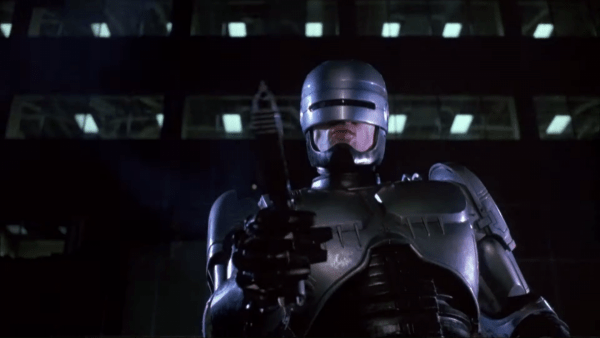 Verhoeven talks about his cameo in the film in a 39-second clip dubbed an Easter egg – it was hidden in a previous edition of the film but not here. I thought those kinds of things were fun way back when, but now I appreciate having them in the open, so I don’t have to remember what to do if I want to revisit them.

Trailers, TV spots, and image galleries, along with two isolated score tracks on the theatrical version of the movie, round out the bonus material. Arrow also included a poster, six postcards, and an 80-page booklet with new and archival writings about RoboCop. Given how only Criterion seems to bother with physical extras anymore, Arrow definitely went above and beyond there.

The company also pulled out all the stops by commissioning a ton of new bonus content, so if you’re a fan of the film, I highly recommend grabbing this new Limited Edition as soon as you can.