Today, within the sphere of modern gaming, if a “Loading Screen” dares creep over twenty seconds or (Gods forbid!) twenty-five, then there’s a total Twitter-storm, an apology from the developers and a minor 10 gig patch to shave off a few life-stealing seconds.  However, if we rolled back the clock a few decades, not only would you happily expect a four-to-eight minute loading screen – before the game even started – but you’d also be rather enamoured with the pixelated artwork displayed upon your eyesight-destroying, CRT television set.  Times have certainly changed. 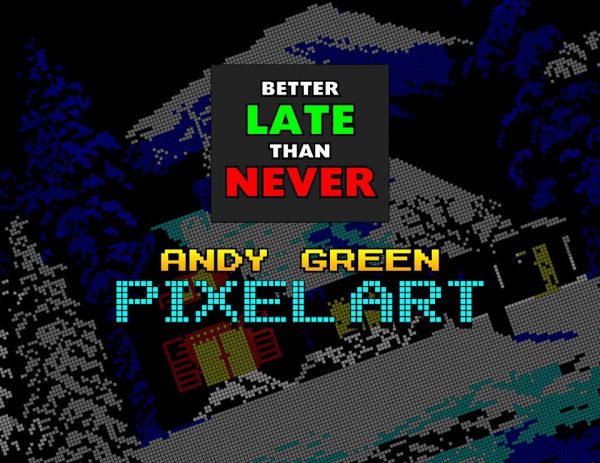 The Eighties was truly the birthplace of pixel artists.  Yes we had our ace cassette & box covers to tempt us into buying the game, but it was the loading screens that most certainly wet our appetites; slowly painted on our TV’s as the game data screamed towards our favourite 8-bit machine.  There was a cluster of great artists and I’m bound to miss off a favourite here, but names like Bill Harbison, Dawn Drake, Mark R Jones and Simon Butler were heavily involved in making graphics shine.  Though one name really remains as a firm favourite for gamers of old and that was F. David Thorpe.  This gentleman’s work really stood out, so much so that occasionally when the game finally loaded, sometimes you discovered it wasn’t as good as his actual Loading Screen. 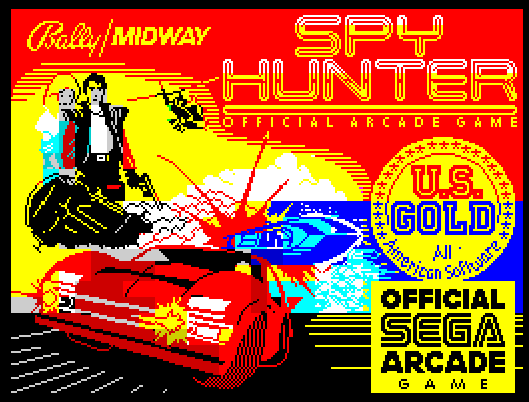 Now, decades later pixel artist Andy Green arrives with his book “Better Late Than Never” and he’s brought with him pieces that would have easily placed his name in amongst the 1980’s greats.  Published with Richard Langford, the chap behind Project ZX, Andy has collected his art from across the past few years of tirelessly painting pixels and these pieces have been placed between the hardback covers of an excellent full-colour book.  Those that follow him on Social Media would have seen a large number of these pieces come to life as Andy gives a classic game, which originally never had a Loading Screen, something truly magnificent.  Sometimes even adding a touch of polish to a pre-existing Loading Screen to show what – for example – the ZX Spectrum can actually do with its limited colour palette available. 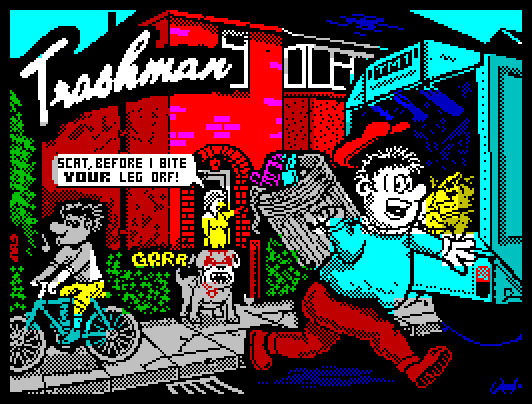 Trashman – A brand new loading screen for an excellent game

In today’s world of Photoshop, you’d possibly believe that creating a ZX Spectrum, Amstrad or Amiga piece of art would be a five minute job, but this is where Andy Green’s labour of love is shown to its fullest.  Using software which keeps Andy bound to the constraints of the machine, means he cannot simply create within a matter of minutes. Using Multipaint for example, the ZX Spectrum’s famous “Colour Clash” means he has to use his sprites and pixels as the Spectrum intended and deliver his artwork to fit within these rules.  This may sound simple, but when you see his work – here in his book – you’ll be amazed how he manages to stick to such strict guidelines set by himself. 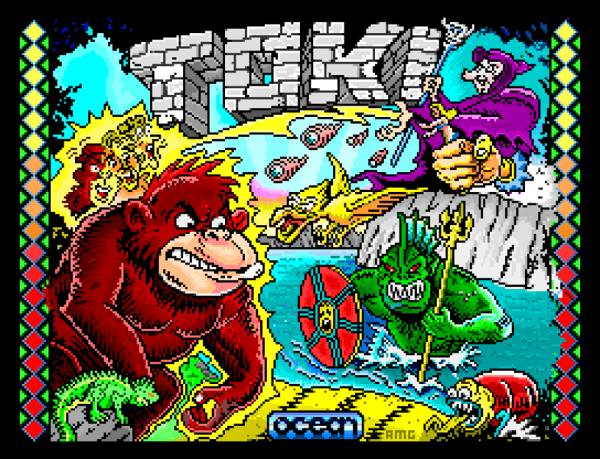 It has to be said that it isn’t just old game Loading Screens in Andy’s portfolio of work here, along the way he turns his attention to the classic Fighting Fantasy book covers, Movie Posters, Landscapes, ZX Spectrum Next loading screens and even copying original pieces of artwork too.  Whilst on each page were given a brief footnote on the history of the pieces of artwork too, along with Richard Langford, Shaun McClure or John Davies dropping a few words into the book along the way. 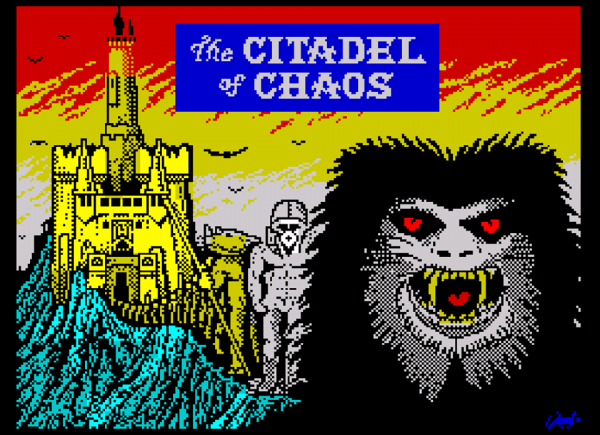 What places the cherry on this piece of work from Andy, is the fact that proceeds for the sale of the book will be going to the MS Society.  Meaning not only will you be buying an excellent hardback book of pixelated artwork, but you’ll also be donating to a very worthwhile charity at exactly the same time.