PlayStack and developer Maze Theory have announced the release of their feature-length Doctor Who VR videogame, Doctor Who: The Edge Of Time, for Oculus Rift, HTC devices and Playstation VR.  In typical Dr Who fashion, players will skip through time and space at the controls of the TARDIS, guided by The Doctor.  Watch the new launch trailer below…. 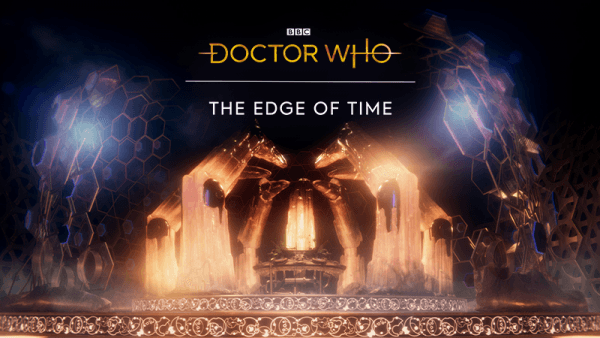 Doctor Who: The Edge Of Time combines all the sci-fi action and horror that fans of the series will be familiar with.  Featuring plenty of references to the show’s 55 year history, players will need to solve mind boggling puzzles, escape the most bizarre of treacherous environments and clash with some of Doctor Who’s classic creatures/ enemies, including the timeless (pun intended) classic Daleks and the terrifying Weeping Angels.

Doctor Who: The Edge Of Time will launch globally on 12th November 12th for PlayStation VR, Oculus Rift, HTC Vive and HTC Vive Cosmos, with Oculus Quest arriving later this year (probably due to a big ball of wibbly wobbly, timey wimey stuff).