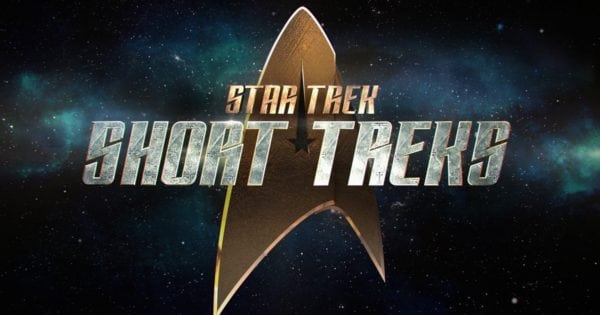 The Star Trek franchise returns to the medium of animation next month for the first time since the 1970s Star Trek: The Animated Series as CBS releases two animated instalments of its Star Trek: Short Treks anthology. And, thanks to TrekCore, we’ve got some first look images from the episodes, titled ‘Ephraim and Dot’ and ‘The Girl Who Made the Stars’, both of which are set to premiere on CBS All Access on December 12th.

These two Short Treks aren’t the only animated Trek on the horizon, as CBS is also working on the half-hour comedy series Star Trek: Lower Decks, while a second animated show is also in the works for Nickelodeon.

On the live-action front, along with a third season of Star Trek: Discovery, CBS is gearing up to premiere the hotly-anticipated Star Trek: Picard, and is also developing a Section 31 series featuring Michelle Yeoh as the Mirror Universe’s Philippa Georgiou.

And of course, just this week Paramount has announced that it plans on bringing the crew of the U.S.S. Enterprise back to the big screen, with Noah Hawley (Legion) signing on to direct Chris Pine and company in Star Trek 4.