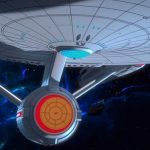 The Star Trek franchise returns to the medium of animation next month for the first time since the 1970s Star Trek: The Animated Series as CBS releases two animated instalments of its Star Trek: Short Treks anthology. And, thanks to TrekCore, we’ve got some first look images from the episodes, titled ‘Ephraim and Dot’ and […] 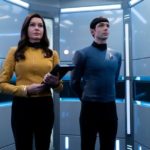 During this weekend’s Star Trek panel at the San Diego Comic-Con International, CBS All Access has announced six new episodes of its Star Trek: Short Treks series, three of which will revolve around the original crew of the U.S.S. Enterprise and see the return of Pike (Anson Mount), Number One (Rebecca Romijn) and Spock (Ethan […] 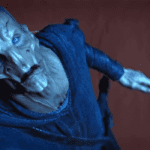 CBS All Access has released a trailer for ‘The Brightest Star’, the third of its four Star Trek: Short Treks minisodes, which focuses on Doug Jones’ Saru, who we find in his pre-Starfleet days on his homeworld of Kaminar. Watch the trailer here… SEE ALSO: Star Trek: Discovery season 2 trailer and images offer first […] 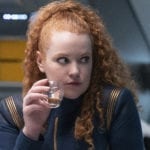 Following on from last week’s official announcement and episode details, CBS All Access has now unveiled a trailer for the first episode of the Star Trek: Discovery spinoff Star Trek: Short Treks. Entitled ‘Runaway’, the episode focuses on the character of Ensign Tilly, played by Mary Wiseman; take a look at the trailer here… SEE […] 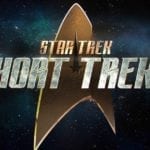 Back in July during the San Diego Comic-Con International, CBS All Access announced that it would be producing a series of Star Trek: Discovery spinoff shorts under the banner Short Treks, and now the streaming service has revealed that the four episodes will begin airing monthly starting on October 4th and running through to the […]