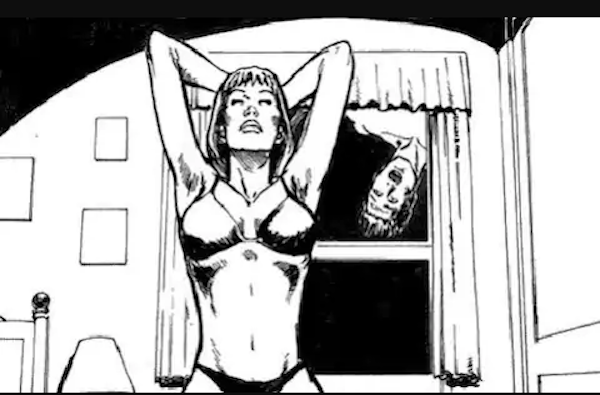 James Cameron’s Spider-Man. It’s a big What If..?, up there with Kubrick’s Napoleon and Jodorowsky’s Dune. It seems like the perfect match, pairing one of Hollywood’s best action directors with one of its most action-suited characters. Just imagine what Cameron would have done with all of Spider-Man’s acrobatic flips and kicks.

Well, as most know, it almost happened. Supposedly, Cameron was setting up an adaptation after the release of True Lies, but due to legal circumstances surrounding the screen rights, he bailed. The director had convinced Carolco, the independent studio who gave him $100 million for Terminator 2: Judgement Day based on a half-page memo, to buy the film rights. He was all set to go. Then, it turns out Sony was also involved and Carolco didn’t outright own the character. Cameron then went to Fox hoping to outmuscle Sony, but Fox turned the project down, eventually allowing Sony to make the Sam Raimi trilogy, the two Amazing Spider-Man films and the upcoming Spider-Man: Homecoming. Cameron moved on, deciding to fund his deep-sea exploration obsession by making Titanic and raking in that dollar. 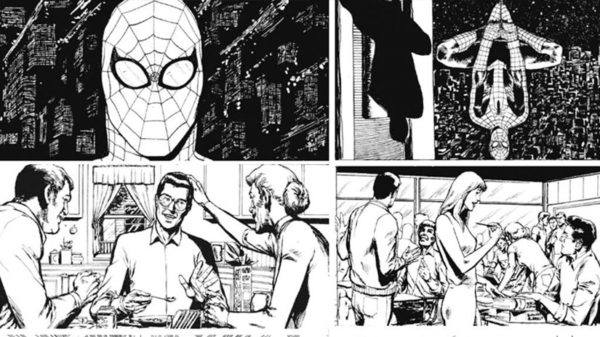 It’ll always be debated as to what Cameron would have done with Spider-Man. Fortunately, for us, and me considering I get to write about it, multiple scripts are on the internet. This article will be discussing the scriptment featuring Mary Jane Watson, Electro and Sandman, which is dated 1992. Whilst there is a full script featuring Doc Ock, concept art has been found online for the former. It seems that was the one that got further into production.

You can’t really gauge the success of a film or a directors vision by reading a scriptment. It is by definition vague, lacking dialogue, any detailed drama, and detailed characters. But, you can still see some of Cameron’s vision, and for better or worse, this would have been James Cameron’s Spider-Man. It would have been an adaptation, and some of the legendary directors ideas would have been controversial.

Here are five takeaways from the scriptment.

As Sam Raimi discovered, organic webshooters weren’t necessarily a popular thing. The Raimi trilogy doesn’t linger on how the impact the web-shooters would have on Peter, and its only in the second one the filmmakers make this mythology change part of the narrative. Cameron’s organic web-shooters are integrated into the story immediately. Peter develops two lumps on his wrists, and they are mark him out as being a “freak”. So, he hides them, wearing two bracelets so New Yorkers believe they’re mechanical. It’s clever writing, as Cameron reinterprets and acknowledges pre-existing mythology.

Cameron makes major changes to Electro. Instead of being Max Dillon, Electro is Carlton Strand, a mob boss who uses his powers to control information and data. It’s an interesting deviation from the source material and very suitable for the early information age, before we all knew we could use electrical information to communicate and manage our money. It’s a smart move, and is more interesting than the version that appeared in The Amazing Spider-Man 2.

One of the major flaws of this scriptment is how Cameron under utilises Spider-Man’s supporting characters. Uncle Ben does his thing and dies, but Aunt May is barely in it and Mary Jane is reduced to an almost literal sex object, having an awkward bondage sex scene on top of the Brooklyn Bridge. Seriously, this is one of the more dialogue heavy scenes and Peter talks about how spiders have sex whilst webbing MJ up. It’s made even weirder by the fact Cameron makes it clear Peter is a virgin up to this point, and that MJ doesn’t even know who she is having sex with. You know the scene in True Lies where Arnie makes Jamie Lee Curtis strip for him and she has no idea it is her husband or who she is actually stripping for? It’s as awkward and has as muddled sexual politics as that, but it’s worse because it’s Spider-Man.

One of Cameron’s themes is puberty, and he explores the theme using Peter and his powers. It’s a well-known interpretation of the Spider-Man origin and whilst Cameron goes a bit far with the idea with one scene depicting Peter waking up with “white mass completely covering him, gluing him to his bedding”, it is actually his depiction of Peter that makes it all a bit too much. He turns Peter into a sex pest, has him spying on an undressing Mary Jane after he gets his powers. In some scenes, he makes the guys in Superbad look normal. Whilst it speaks to the themes of puberty and power, it turns the hero into a unlikeable creep. There’s nothing wrong with some raunch and unlikeable protagonists, but it just doesn’t come across as an authentic Spider-Man. 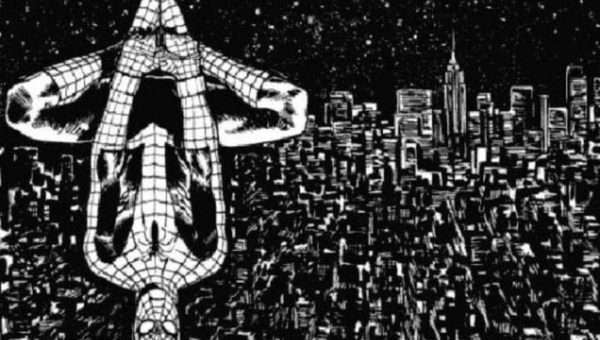 Still, Cameron explores his themes well. Beyond the aforementioned puberty theme, he explores power and how easy it is to abuse it by taking his characters to the line only the villains can cross. Peter at one point becomes a Robin Hood type, stealing money from a drug gang and literally making it rain on a local neighbourhood. But, the story is strongest when discussing identity. Spider-Man’s secret identity has always been important to him, and Cameron amps this up. Spider-Man wears a mask to protect Peter and the people he loves. But, he’s not the only one wearing a mask. Mary Jane’s mask is that she is the popular girl and that is trying to be the popular. In reality, she is a goofy nerd like Peter, and watching her come to terms with this is incredibly gripping.

In the end, it’s hard to imagine what Cameron’s Spider-Man would have been like. The scriptment is the bare bones of the story and there is sparse concept art, and even if the film ended up being a bad Spider-Man movie, I have no doubt Cameron would have made it his own.