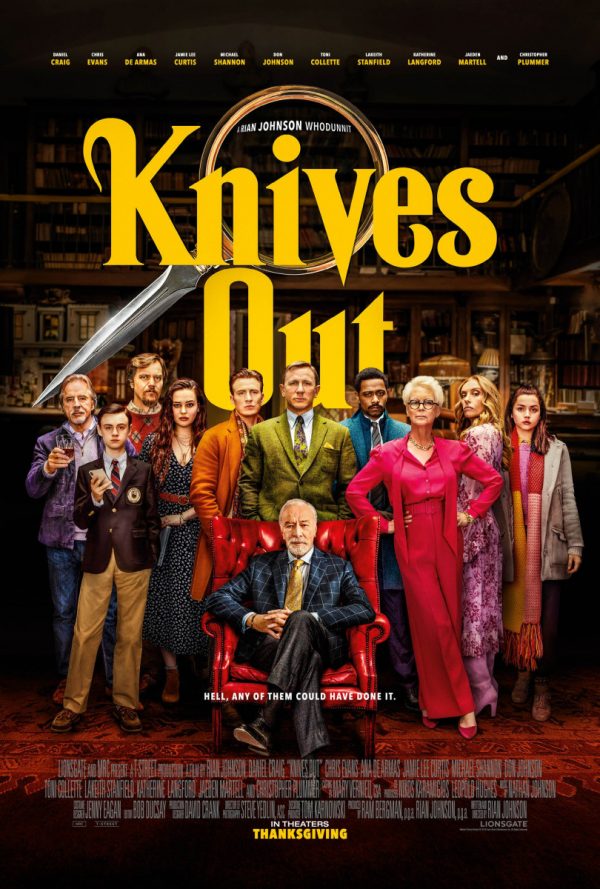 When a wealthy crime author is found dead the morning after his birthday party, a debonair detective is sent in under mysterious circumstances to investigate. With family dysfunction rife and motives aplenty, deciphering fact from fiction quickly proves to be a killer. 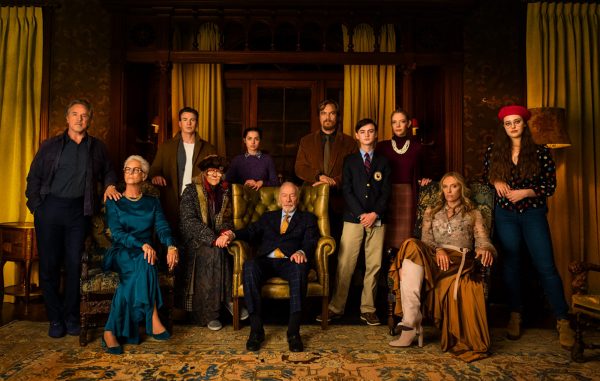 As we all know very well, few things are certain in a murder mystery movie. If there is one sure-fire thing, however, it’s this: no one can be trusted, and everyone has something to hide. For horror aficionados, such a sentiment immediately evokes the image of a clean-cut, pre-Son of the Mask Jamie Kennedy in the Scream series’ inaugural instalment exclaiming hysterically that in order to catch a killer “there is a formula, a very simple formula: everybody’s a suspect”. Given that the character, the loveable movie geek Randy Meeks, is effectively the audience in chino-wearing, scary movie rule-spouting form, it’s a theory we should all buy into.

And it’s this tried and tested formula that protrudes from the centre of Rian Johnson’s latest cinematic offering, Knives Out. After fighting with the future in 2012’s Looper and reigniting a lightsaber legacy in Star Wars: The Last Jedi, Johnson finally brings things into the present as he takes a stab at the modern whodunnit. Side-lining any trace of sci-fi, the result is a lavish, devilishly delightful tale of murder, mystery and doughnuts that is sharp in more ways than one. 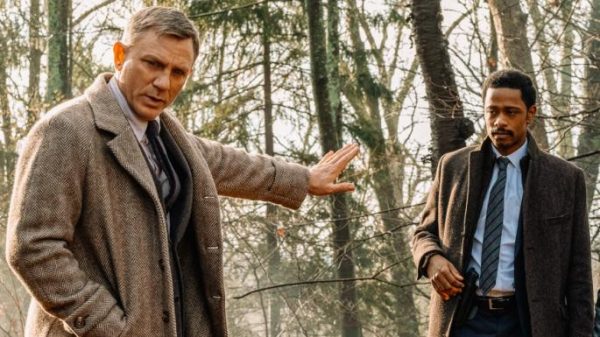 Despite a world of smart phones, Facebook live and Twitter being the scene of Johnson’s crime, it’s the classic heavyweights of the detective genre that have their prints smeared all over Knives Out. In an all too familiar set up, the body of super-rich crime author Harlan Thrombrey (Plummer) is found on the top floor of his extravagant, gothic, Cluedo-esque mansion the morning after his 85th birthday bash. His throat has been slashed, but the authorities (a good cop, fanboy cop duo played by Stanfield and Noah Segan) deem it to be death by suicide.

From there, Johnson, who also penned the screenplay, has great fun toying with our expectations. One minute the investigation moves down archetypal avenues. The next, the film is abruptly flipping, tipping and dishevelling the balance of play every which way. Allegiances sway swiftly back and forth, testimonies are questioned, quashed and then dismantled entirely, and motives, of which there are many, have us pointing the finger of blame in all directions. 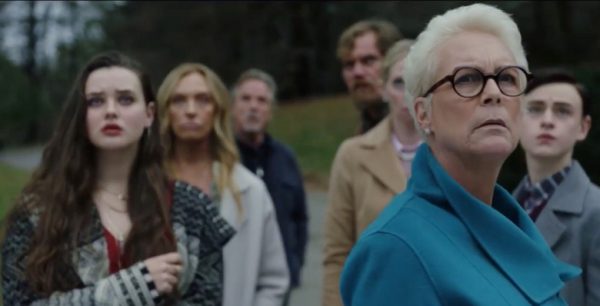 But culpability isn’t the only thing under the magnifying glass here. From the get-go, the affluent 1% are shoved rather unapologetically into the firing line, with Johnson’s class politics far from subtle: one doesn’t need a detective’s nous to decipher that this family is rotten to the core. Spoilt, selfish and snobby beyond belief, the Thrombeys are vividly painted every shade of insufferable. Bickering away in their remote stately home, they are, literally and figuratively, cut off from the rest of society, driven by money and status and defunct of anything that resembles empathy.

In embodying the very worst side of wealth, the ensemble cast are all having a blast. In particular, there are memorably unpleasant turns from Curtis and Evans, the latter proving once again, albeit in a totally different sense this time, that he is very much still America’s ass. The showiest role of the lot undoubtedly belongs to Craig, though: a performance of wacky charm that showcases comedic talents his recent projects have restricted. And yet, it is de Armas who quietly pulls the rug from under everyone’s feet. Her measured performance layers the story with humanity and provides the necessary emotional grounding to allow Johnson to take things to the tip of absurdity, before thrusting a few poignant, piercing daggers to the heart. 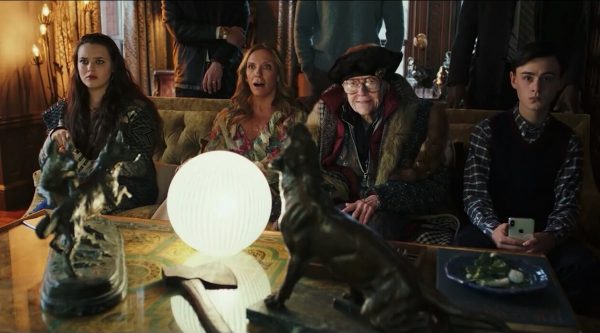 The film’s true pièce de résistance, however, is Johnson himself. Furnishing Knives Out with all manner of innovation and whimsical homage, this is a filmmaker at his most buoyant, his most creative, his most playful. Despite the occasional sag during the film’s middle section, this is a wonderfully entertaining tale weaved together with intricacy, eccentricity and more twists than you can shake a blade at.

Sharp, smart and stylish, few films this year will have you feeling quite as giddy. For Rian Johnson, the knives are well and truly out, and he is taking great pleasure in slicing up the rule book.