With Zack Snyder’s Watchmen celebrating its 10th anniversary, Warner Bros. has announced that a remastered 4K version of the big screen adaptation of the legendary superhero epic from Alan Moore and Dave Gibbons is set to receive UK release this December in its 215-minute Ultimate Cut form, which consists of the 186-minute Director’s Cut along with the animated Tales of the Black Freighter edited throughout. 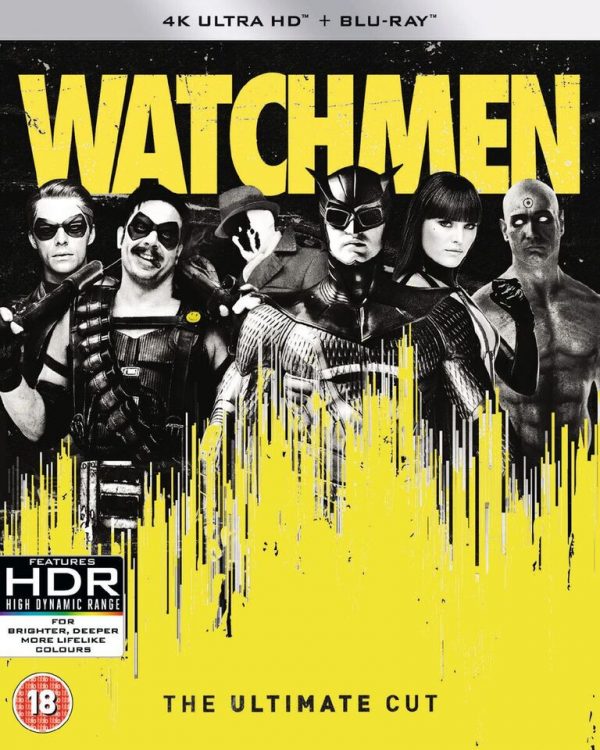 Celebrating its 10th anniversary in 2019, WATCHMEN is a complex, multi-layered mystery adventure set in an alternate 1985 America in which costumed superheroes are part of the fabric of everyday society. When one of his former colleagues is murdered, the outlawed vigilante Rorschach sets out to uncover a plot to kill and discredit all past and present superheroes. As he reconnects with his former crime-fighting legion Rorschach glimpses a wide-ranging and disturbing conspiracy with links to their shared past and catastrophic consequences for the future.