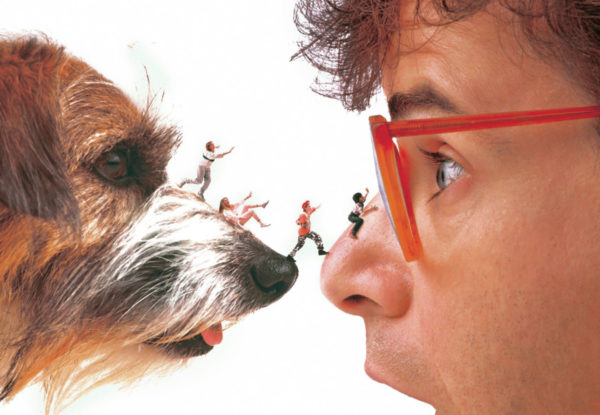 Entertainment Weekly is reporting that Joe Johnston is in talks with Disney to direct a reboot of his 1989 comedy Honey, I Shrunk the Kids, which has Josh Gad (Frozen) attached to star.

The new film, titled Shrunk, was first revealed back in May of this year, and will see Josh Gad taking on the role of Adam Szalinski, the now-adult version of Wayne Szalinski’s (Rick Moranis) son, who found himself blown up to an enormous size in the 1992 sequel Honey, I Blew Up the Kid.

Johnston, whose credits include the likes of Rocketeer, Jumanji, Jurassic Park III and Captain America: The First Avenger, made his directorial debut on the 1989 film, which proved to be a huge hit at the box office upon its release, grossing $223 million worldwide (over twelve times its $18 million budget).

Shrunk will extend Gad’s ties with Disney, the actor having worked with the studio on Frozen, Frozen II, Beauty and the Beast and the upcoming Artemis Fowl.