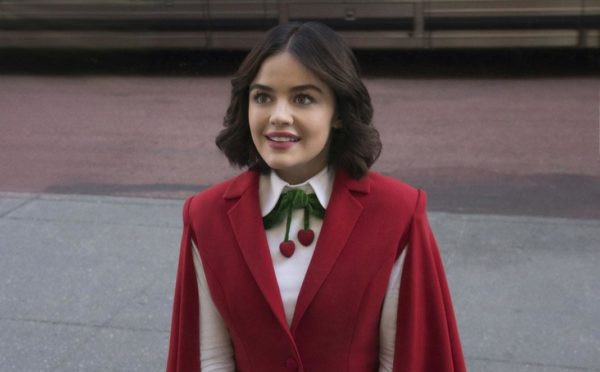 It seems that fans won’t have to wait until the launch of Katy Keene to catch a glimpse of Lucy Hale’s title character, as executive producers Roberto Aguirre-Sacasa and Michael Grassi have announced that Hale’s Katy will be making a guest appearance in Riverdale the day before the premiere of the spinoff show this February.

“Before Katy Keene officially premieres, we all thought it would be super-fun to do a crossover that took Veronica (Camila Mendes) to Katy’s world—New York City—and established Katy in the Riverdale universe,” said Aguirre-Sacasa and Grassi. “For our first Riverdale/Katy crossover, we couldn’t be more excited that it’s old friends Veronica and Katy—Cami and Lucy—having fun and heart-to-hearts!”

The news is out! Veronica’s going to NYC and #Katykeene is coming to #Riverdale! So excited for our first #Archiverse crossover!! ❤️???✈️?????????‍♀️ pic.twitter.com/xXVMBTnltq