Marvel sets the stage for Star Wars: The Rise of Skywalker this coming Wednesday as it launches its new series Star Wars: The Rise of Kylo Ren, but we’re already looking further ahead as the publisher has unveiled an unlettered preview of issue #2, which sees Luke Skywalker, Ben Solo and Lor San Tekka travelling to the Unknown Regions where they encounter the villainous Knights of Ren; check it out below, and take a look at a preview of the first issue here… 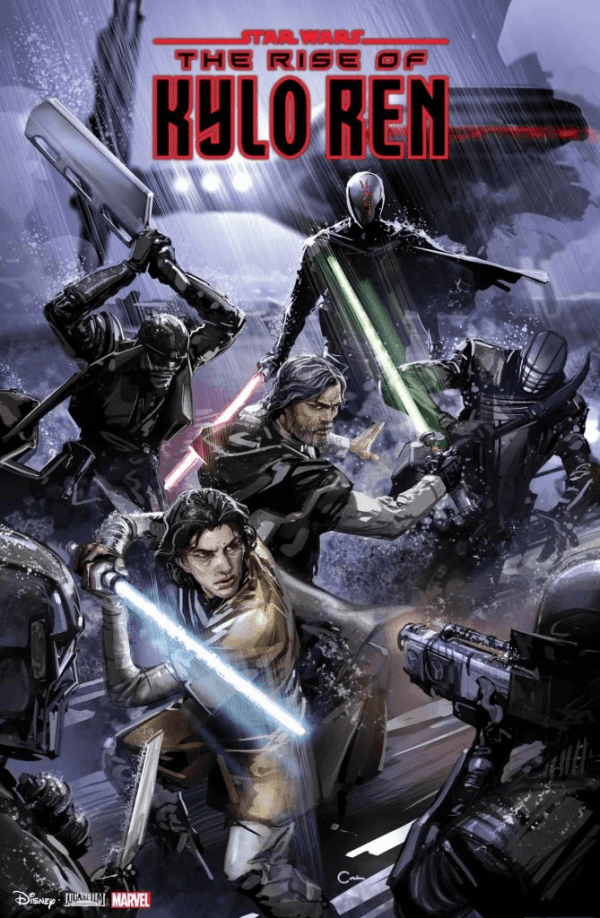 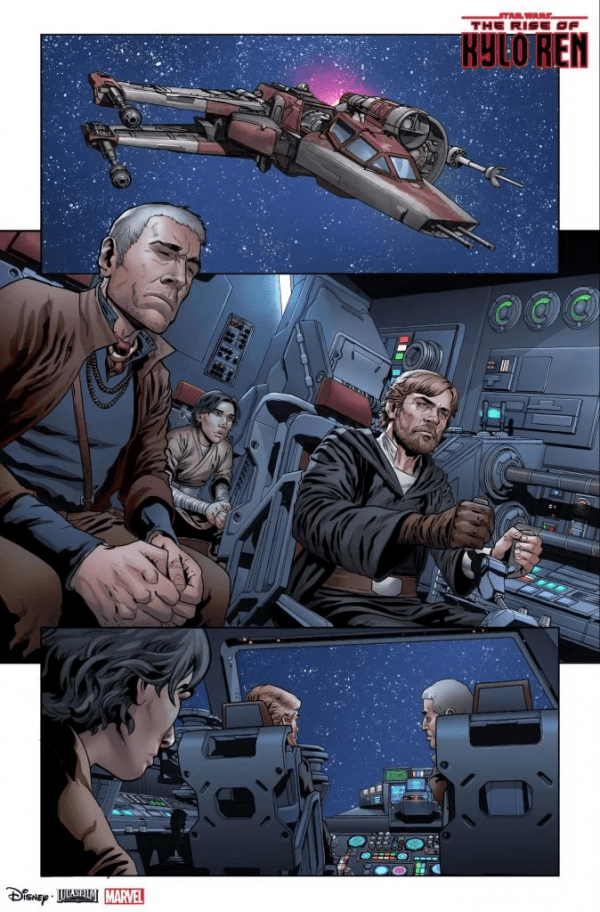 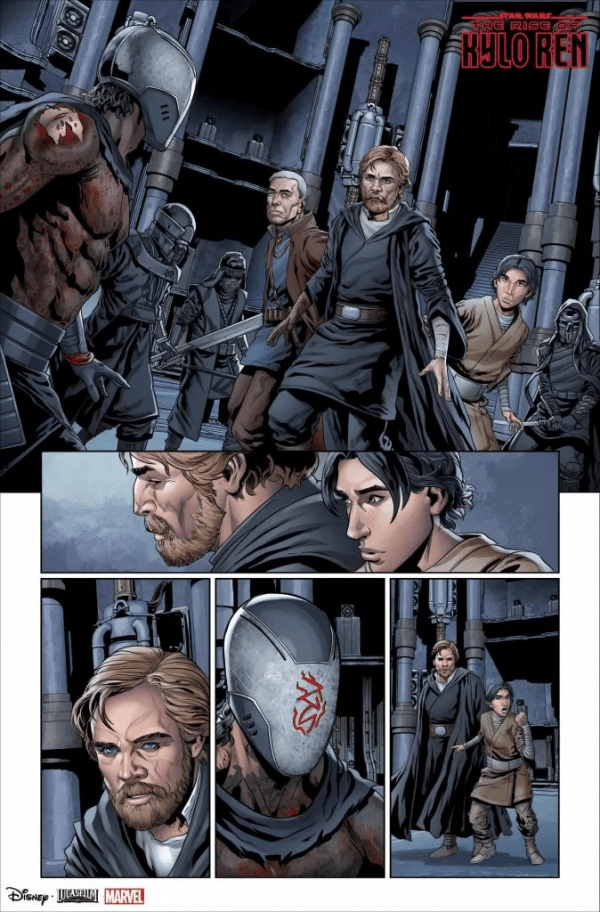 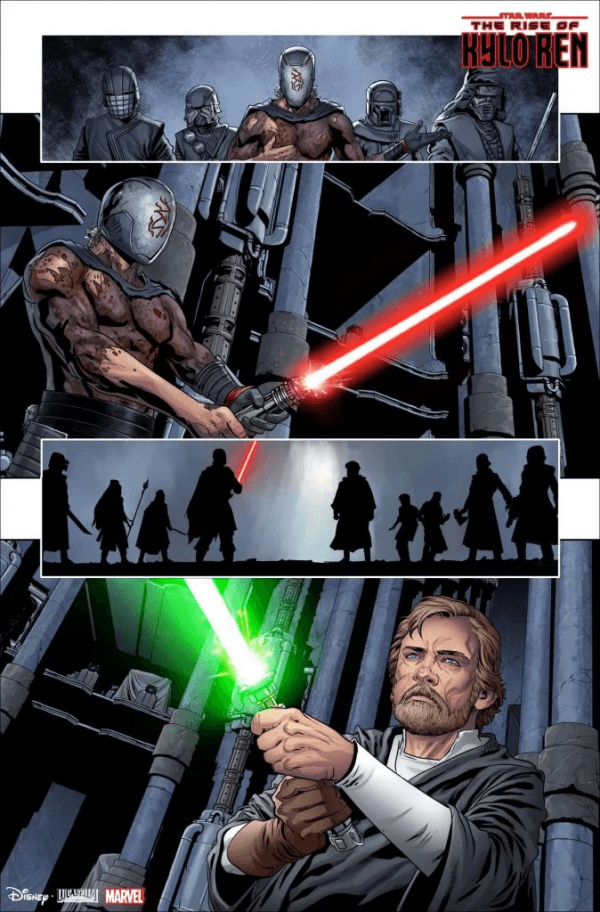 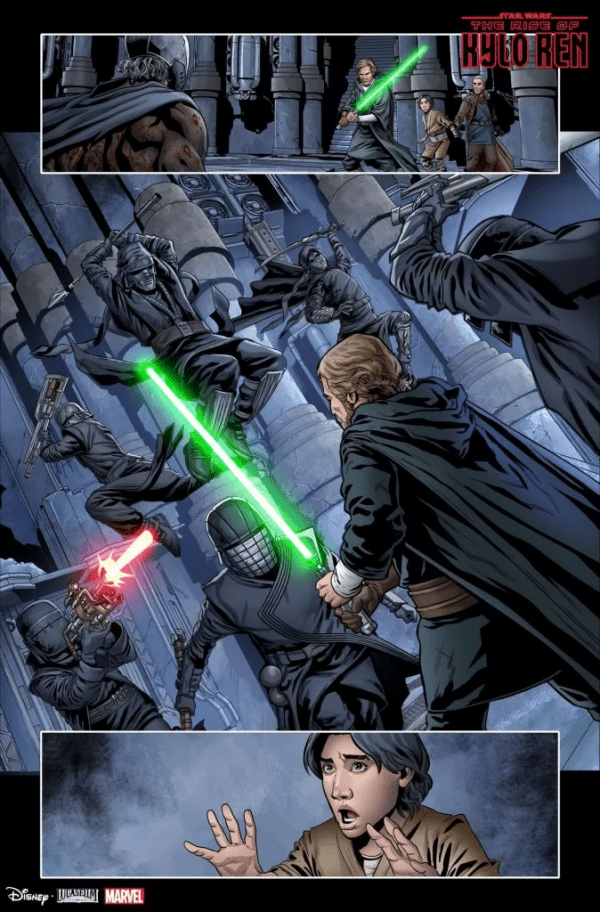 With the new jedi school in ruins and fellow students hot on his trail for the murder of their master, Ben Solo flees to the only friend he has left in the galaxy…a man named Snoke. But Snoke has plans for Ben…and ideas about the Force that are as dangerous as they are intriguing for the troubled young Jedi. If Ben wishes to be truly free…the answers might lie with the dark side. And with the Knights of Ren! But it won’t be the first time he’s tangled with the Knights. In the past, Jedi Master Luke Skywalker journeys to the Unknown Regions and brings young Ben along for the mission. Can even Luke Skywalker stand against the fabled Knights of Ren?!