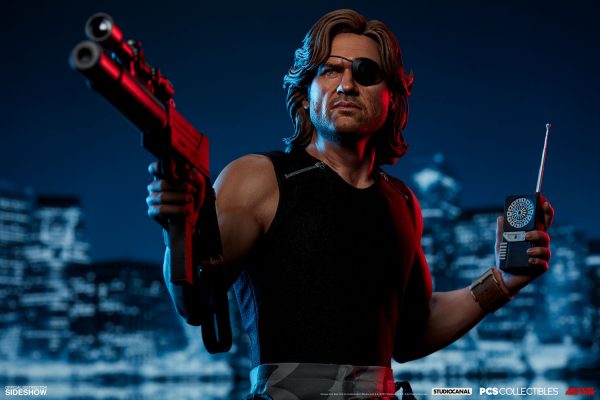 Sideshow and PCS Collectible have unveiled the 1:3 scale Snake Plissken statue which is based on the appearance of Kurt Russell in John Carpenter’s 1981 cult classic Escape From New York. The piece is available to pre-order now, priced at $1000.00; check it out here… 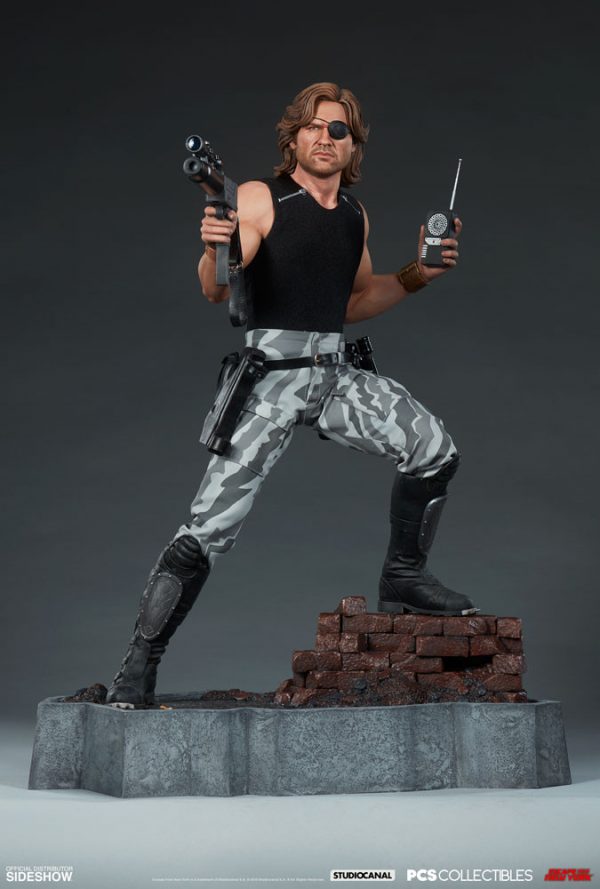 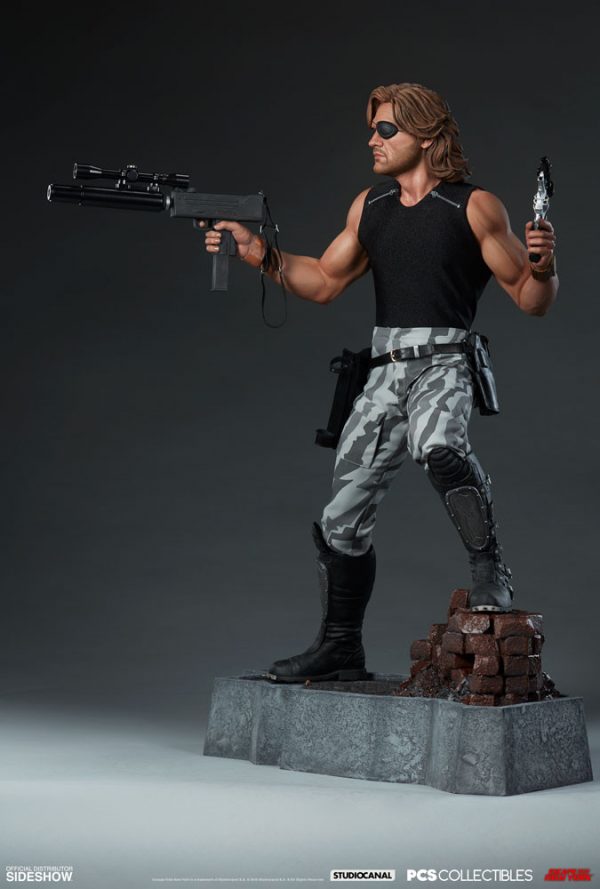 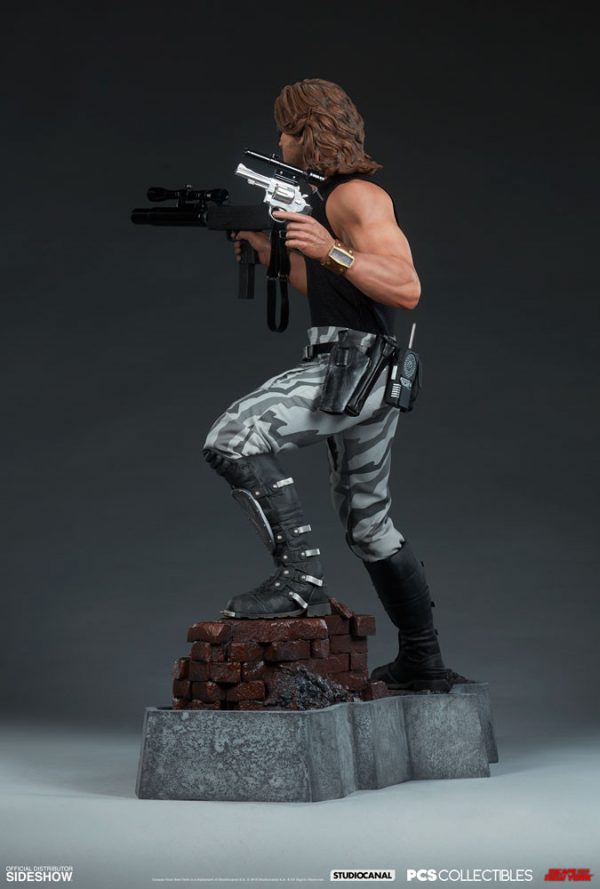 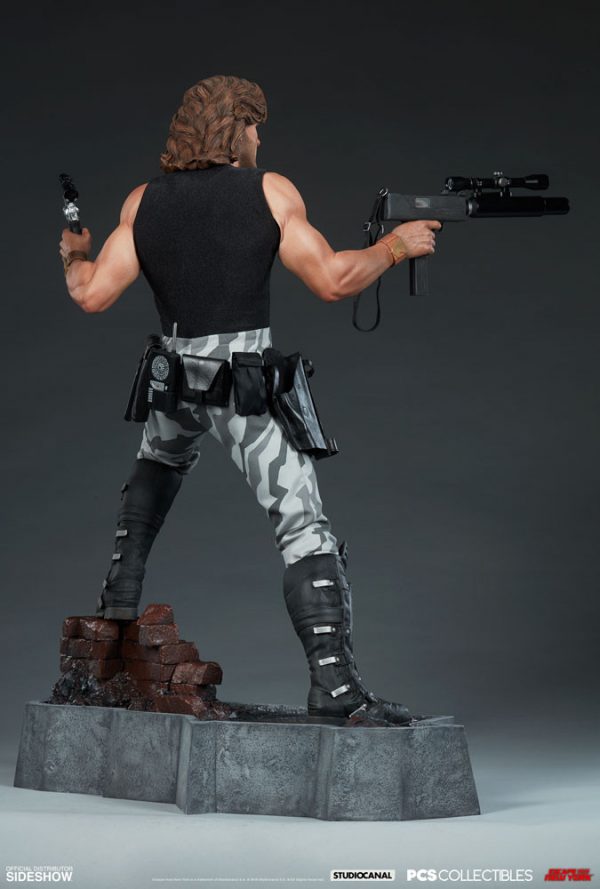 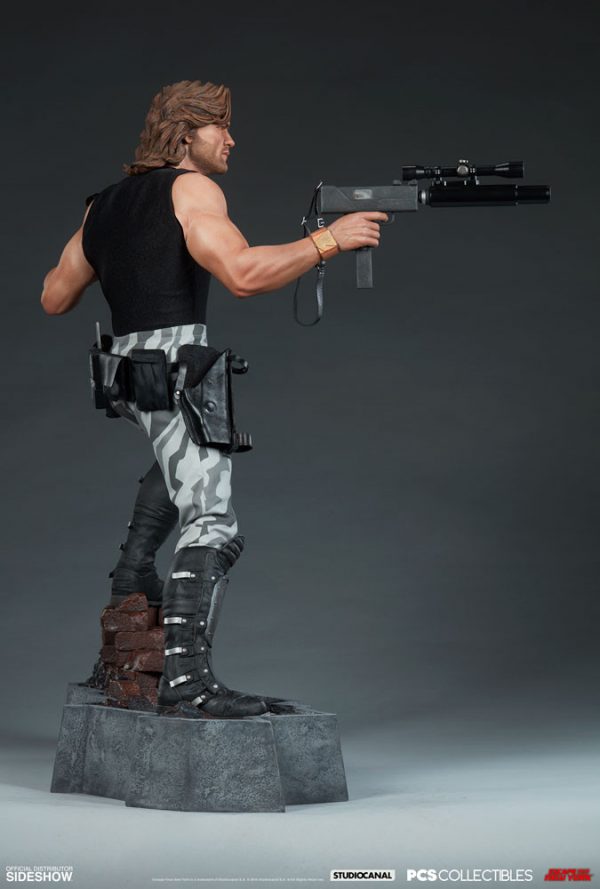 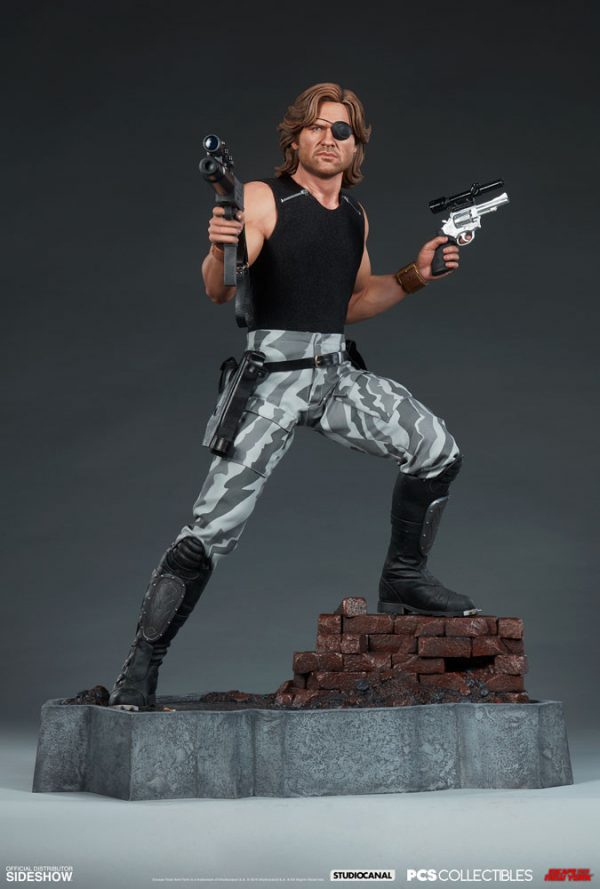 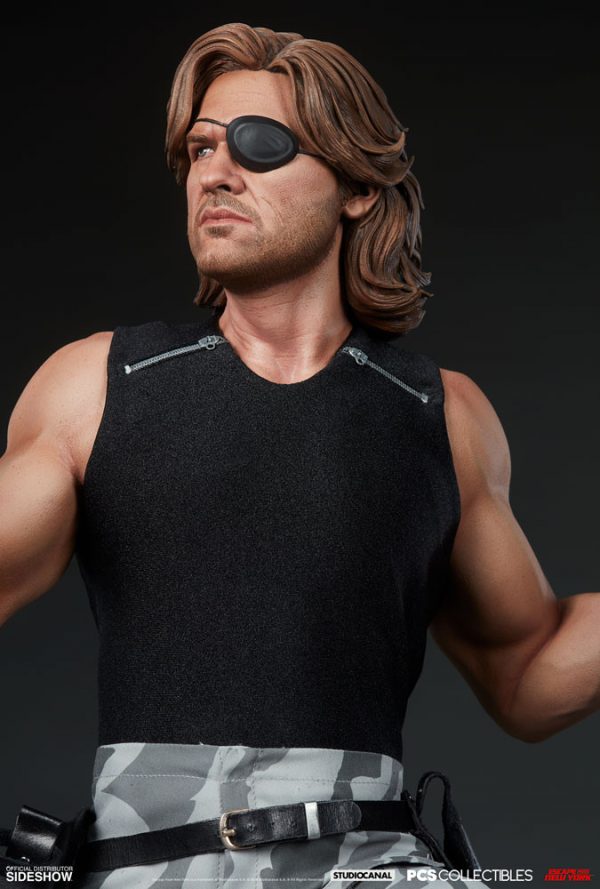 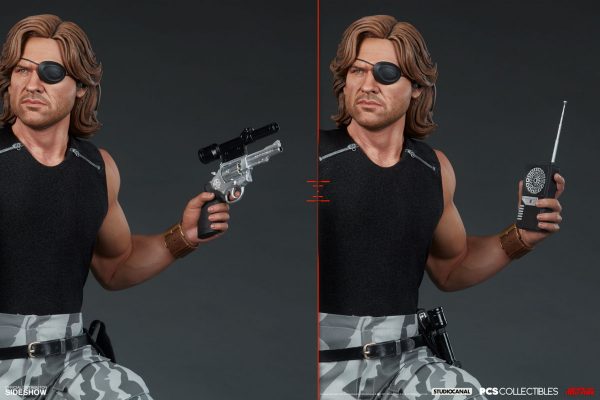 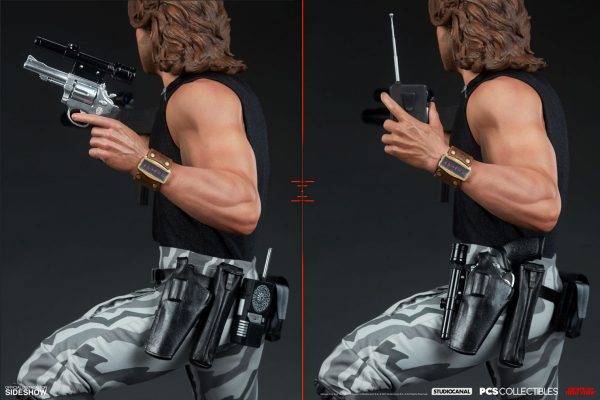 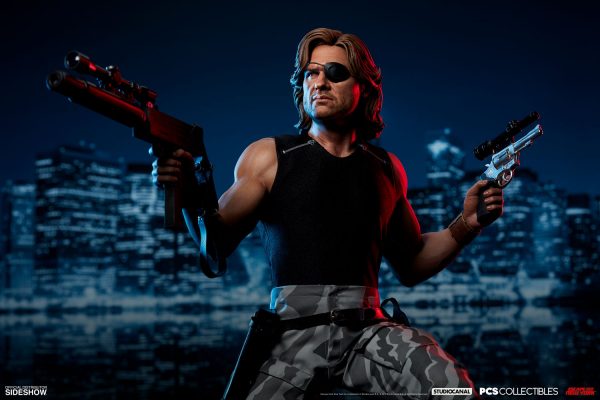 If you heard he was dead, you heard wrong! The Snake Plissken 1:3 Scale Statue measures 25” tall and 19” wide as the grizzled ex-soldier stands ready for action on a back-alley New York base. The dystopian environment is littered with bricks, rubble, a Broadway New York manhole cover, and a cigarette butt all setting the grim scene of a maximum-security Manhattan.

The Snake Plissken 1:3 Scale Statue features a highly detailed portrait sculpted in the likeness of actor Kurt Russell, complete with Snake’s signature eyepatch, scar, and glorious mullet. Snake wears a mixed media costume, which includes camouflage-patterned fabric pants and a black fabric shirt paired with sculpted spike-toed boots and a utility belt equipped with the right tools for the job.

The Snake Plissken Statue features several different display options, allowing you to swap out the antihero’s arsenal to your liking. Snake comes armed with a submachine gun in his right hand and includes swappable left hands holding a revolver and a walkie talkie, as well as an additional loose revolver to holster and walkie talkie to hang from his belt when the items are not in use. His right wrist bears a tracer bracelet and his left wrist features the iconic Lifeclock One, counting down the precious minutes Snake has left to complete his dangerous mission.

Once you go in, you don’t come out- bring the Snake Plissken 1:3 Scale Statue by PCS Collectibles to your high-security collection today.