Ricky Church reviews the fourth episode of The Mandalorian…

After the bombastic and action-packed third episode, The Mandalorian took a bit of a quieter approach to its latest episode as The Mandalorian took refuge on a remote planet beset with raiders. Directed by Bryce Dallas Howard, ‘Sanctuary’ was a bit more of a introspective episode as Mando met Gina Carano’s former Rebel trooper Cara Dune along with plenty of villagers and pondered a more normal life with the child. 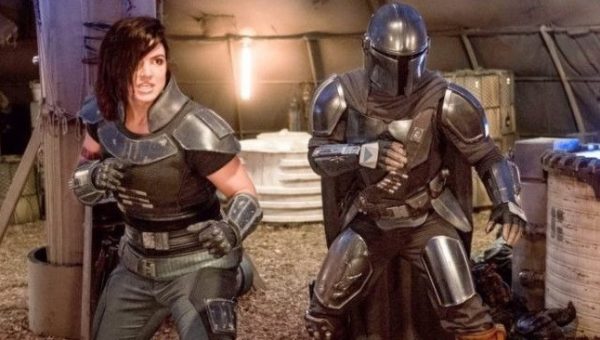 Over the course of the series so far Mando has been a man of few words and more action, but ‘Sanctuary’ was the episode where he spoke the most and revealed more of his backstory, including the interesting fact that he was not born a Mandalorian but was taken in by them during or presumably after the Clone Wars. Judging from his interactions with Cara, Omera and the other children, Mando has had a softer side to him even before he met the baby. Pedro Pascal did well showing this side to the character that didn’t feel like any tonal shift. Rather it felt natural to see Mando open up and emote a bit more, once again using his body language to convey what Mando is really feeling. It was also nice to hear more of why he wears the helmet all the time and what would happen if it were ever taken off, even get a couple of teases of Mando without his helmet that worked with how seriously he takes this part of his culture.

The biggest aspect to ‘Sanctuary’ though was the introduction of Carano’s Cara Dune, a former Rebel who found peacetime didn’t quite suit her as much as other soldiers. Carano make quite an impression as Dune right from her first scene as she and Mando traded blows to their goodbye. Not only did she sell the physicality of the role, she shared nice chemistry with Pascal and balanced the seriousness and humour of Dune’s character well. Dune is an interesting case study in a warrior without a war, something we have never seen any character in Star Wars have to deal with, especially for a former Rebel. 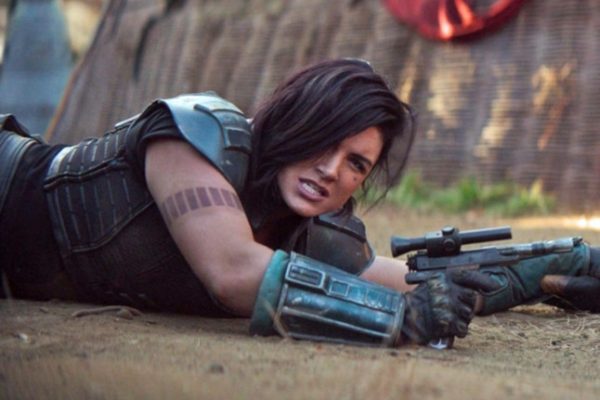 The Mandalorian took a further dive into the Western genre as the plot revolved around a small village hiring Mando and Dune to protect them from a band of raiders. It felt very much like The Magnificent Seven (or The Seven Samurai) as they trained the villagers in combat and fought the pillagers. While the action wasn’t near as awesome as last week’s, Howard still directed some entertaining sequences with a well-shot final battle. The twist that the raiders had an AT-ST, complete with glowing red eyes to put some fear into the villagers, just added to the tension. There was also some more playful scenes here, particularly with the baby, that balanced well with the severe nature of the village’s plight. Again, nothing felt tonally out of place.

The rest of the cast did well, but Julia Jones’ role as Omera was the most prominent supporting role. Jones held herself well during the quieter scenes and the action, showing there was more to this mother than some might think at first glance. She and Pascal shared some meaningful scenes together, but she, or at least her connection to Mando, felt somewhat underdeveloped as ‘Sanctuary’ wanted to make it seem like Mando might be ready to settle down with Omera. Their relationship didn’t get a lot of focus which made Cara’s push for him and his own desire feel a little rushed. Despite that, Jones gave a good performance as the leading townswoman.

‘Sanctuary’ was surprisingly introspective and did a nice job providing insight into Mando’s mindset. The choice to open him up a bit more was a beneficial one as it allowed us to connect with him more and see his evolving friendships with Cara Dune and Omera, especially as we are now officially halfway through the season. Howard’s direction was solid with both the dramatic and action scenes that focused on the character development for Mando while marking Dune as an intriguing new piece of Star Wars canon. Hopefully this won’t be the last we see of her this season.