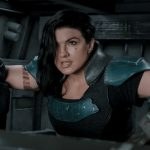 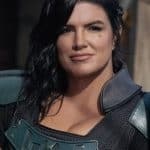 Having been dropped from her role as Cara Dune in The Mandalorian and its associated spin-off projects by Disney due to controversial comments on social media, Gina Carano has now revealed details of her first post-Star Wars project, with the former MMA star-turned-actress teaming with conservative media company The Daily Wire for the revenge thriller […] 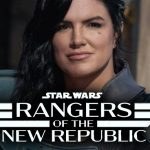 During last year’s Disney Investor Day conference, Lucasfilm announced a raft of Star Wars television projects in the works for Disney+, including several spinoffs from The Mandalorian in Star Wars: Ahsoka, Star Wars: Rangers of the New Republic and Star Wars: The Book of Boba Fett, all of which would culminate in a “storytelling event”. […] 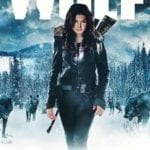 Dazzler Media has released a UK trailer for action thriller Daughter of the Wolf. Directed by David Hackl (Saw V), the film stars Gina Carano (The Mandalorian) as an ex-military specialist who is forced to take a perilous journey through the mountains of the Yukon after her teenage son (Anton Gillis-Adelman – Birthmarked) is taken […] 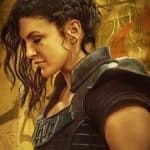 Last week Disney announced that Gina Carano would no longer be appearing in The Mandalorian or any other Star Wars projects, the Mouse House taking action to fire the actress from her role as Cara Dune after social media posts from Carano which the studio described as “abhorrent and unacceptable”. The news wasn’t entirely unexpected, […] 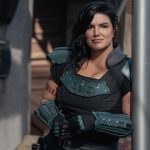 Lucasfilm has announced Gina Carano has been fired from The Mandalorian and other potential Star Wars projects amid a social media controversy over posts Carano has made through her various channels. Attention to Carano’s social media has grown in the last few months after the actress, who played former Rebel shock trooper Cara Dune on the series, has […] 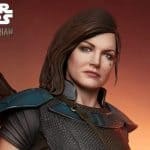 Sideshow has unveiled its limited edition Cara Dune Premium Format figure which is based on the appearance of Gina Carano in the hit live-action Disney+ series The Mandalorian. The Star Wars collectible is available to pre-order now, priced at $585; check it out here… SEE ALSO: The Mandalorian: New Star Wars The Black Series, Vintage […] 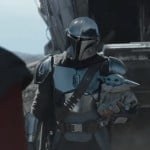 With a little over a week to go until the hotly-anticipated second season of The Mandalorian arrives on Disney+, a new trailer has arrived online for the live-action Star Wars series which is packed with previously unseen footage; check it out here… SEE ALSO: Jon Favreau on The Mandalorian season 3 schedule and the possibility […] 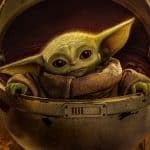 With this than three weeks to go until the premiere of The Mandalorian season two, Disney+ has released four characters posters for the live-action Star Wars series featuring Din Djarin (Pedro Pascal), Cara Dune (Gina Carano), Greef Karga (Carl Weathers) and – of course – The Child, a.k.a. Baby Yoda! Check them out here… SEE […]