Ricky Church reviews the seventh episode of The Mandalorian…

Though Star Wars: The Rise of Skywalker is currently on everyone’s mind right now, the galaxy far, far away has an altogether different and exciting adventure coming to an end as the penultimate episode of The Mandalorian’s first season premiered on Disney+ the day before the big film’s release. ‘The Reckoning’ manages to tie nearly every aspect of The Mandalorian together in a very exciting and tense episode with ‘The Sin’s Deborah Chow returning to the director’s chair. Depending on how things go next week, ‘The Reckoning’ might just claim the season’s top spot for best episode. 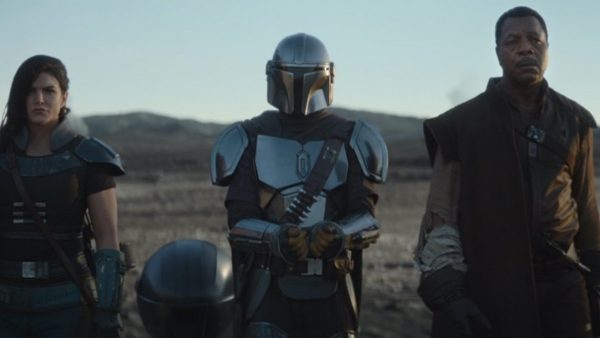 Plenty of familiar faces return, starting with Carl Weathers’ Guild master Greef Karga with a proposal to end the hunt for the child once and for all. Weathers was somehow more charismatic than he was in his previous appearances. It was fun to see him work alongside Mando as well as interact with Cara Dune, Kuill and finally the child. His chemistry with the larger cast was great throughout the episode, but particularly rose after his heel-faced turn where Greef became more earnest with Mando and the crew. You could see just how much Weathers himself was enjoying it as he shifted from delivering vague threats to worrying Baby Yoda was getting ready to eat him.

While Greef was a wildcard to Mando’s plan, it was nice to see him surrounded by the allies he cultivated. Gina Carano made a welcome return as Cara and was even better this time around as she played a bigger part in Mando’s attempt to save the child. One instance of her strength is how easily she shifted from disinterest and a small bit of self-preservation when Mando first asked for help to a sudden desire to join once he revealed the people they’re going after aren’t just warlords, but Imperial warlords, bringing forth the old Rebel in her. Nick Nolte’s Kuill was more of a surprise to see, but he gave a good vocal performance that sold just how much he detested the Empire and the unease Kuiil and Cara felt around each other. What was definitely a surprise, though, was seeing the return of IG-11, played once again by Taika Waititi, this time as a memory wiped droid learning things for the very first time. Though he didn’t have anything much to do here, it is likely set up for IG-11 to play more of a kick-ass role in the finale. 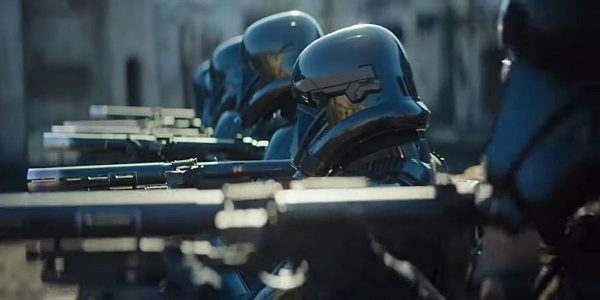 The story moved along at a nice pace with Chow’s direction. She again shows just how strong of a visual storyteller she is through the quiet moments between the characters, letting the cinematography tell the story just as much as the dialogue. Even with the tense mission coming up, she still found time to let scenes breath and focus on the characters before things went crazy. The only thing that seemed out of place was Kuiil’s retelling of how he reprogrammed IG-11 in a sequence that went on for quite a while, but it still didn’t detract too much. One moment that stood out was the attack they faced from flying creatures as they rested in the middle of the night. The sequence had a very Pitch Black vibe to it as they flew out from the darkness and tried picking them off one by one, even carrying some of Kuiil’s animals off for food. It definitely was enough to make one worry about Baby Yoda since he was so small and relatively defenceless, but it led to a cool scene that held some nice payoff for something in episode two, ‘The Child’.

Of course, the biggest development in ‘The Reckoning’ was Mando’s meeting with The Client, once again played by Werner Herzog who was even more threatening and intimidating now that he was Mando’s enemy. His stature as a villain was quickly overshadowed though as they were all ambushed by none other than Death Troopers. Their reappearance really set the tone for the trouble Mando, Cara and Greef were in while we finally got our first look at Giancarlo Esposito’s Moff Gideon. Esposito made every moment of his brief appearance worthwhile, delivering a great villainous monologue without chewing the scenery or being hammy. It’s as if his Breaking Bad role as Gus just walked right into the Star Wars franchise and declared he was staying. Esposito made it clear Moff Gideon is not one who messes around as he turned the tables on Mando in a very drastic way. 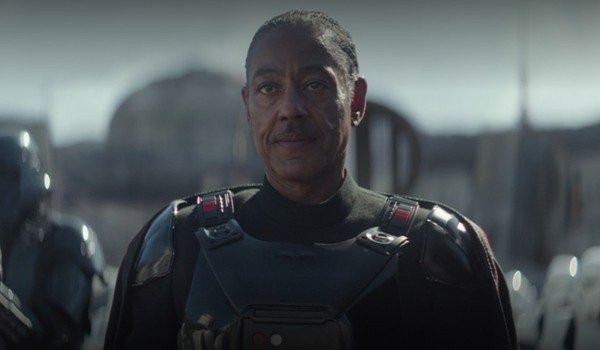 The cliffhanger for ‘The Reckoning’ provided quite a large amount of tension as Mando’s team suffered through quite the ambush and even resulted in Kuiil’s death and Baby Yoda’ capture. Chow’s direction was once again exquisite as she blended the visuals and dialogue into a cohesive story. The focus on the characters helped the cast show off their strength together and created some very interesting relationships between all the people meeting other for the first time. Due to this, it made the little action in the episode that much more impactful and the wait for next week’s finale more anticipating.