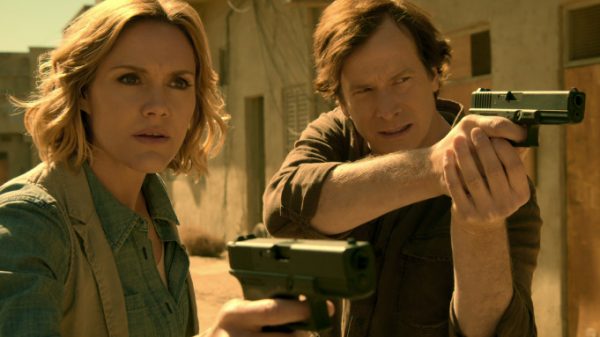 “They’re Cops. They’re Doctors. At the Same Time.” The wait is almost over for Netflix’s Childrens Hospital spinoff, Medical Police, which begins streaming this Friday. The comedy, from the team behind the original series, follows American doctors Lola Spratt (Erinn Hayes) and Owen Maestro (Rob Huebel) who, while working at the São Paulo, Brazil-based hospital, become wrapped-up in solving the mystery behind a quick-moving and civilization-threatening virus. Recruited by the government, they’ll attempt to find a cure before time runs out.

Fans of the series will see many familiar Childrens Hospital faces including Malin Akerman, Lake Bell and Rob Corddry to name a few. The creators also brought back Childrens Hospital composer, Matt Novack, whose original score for the show not only heightened the drama, but also greatly elevated the comedic moments. He previously described his work on the show as a dramatic parody score. In honor of the upcoming premiere, we decided to speak with Novack and learn more about what fans can expect, musically, from Medical Police. 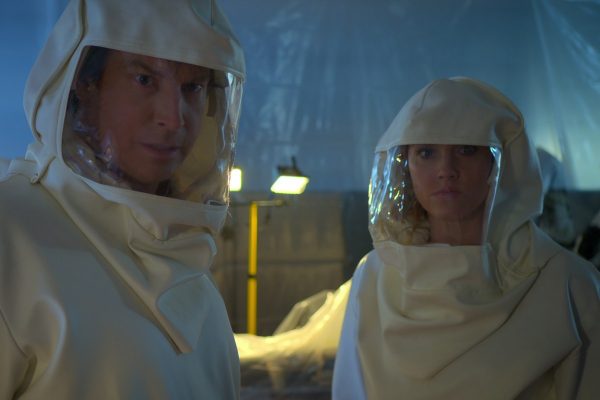 How did you first become involved with Medical Police?

I’ve worked with these creators for years starting with the very first episode of Childrens Hospital, so of course I jumped at the chance to continue the story.

How would you describe your score for Medical Police?

I would call it modern globe-trotting action/adventure, with a hint of mystery and spy tones. It’s not a specific parody of anything, per se, but more of an homage to the genre, like the show itself. The goal was to play it as straight and serious as possible to make a unique score that would fit in a non-comedy show or film of the same. But of course, I do take it a little over-the-top at points and there are the occasional fun, quirky comedy cues!

Medical Police triples as an action-packed thriller, a mystery-wrapped love story and, ultimately, a globetrotting comedy series. With so many different genres wrapped up in one show, did that make it easier or harder to score?

Both! We wanted the score to have an overall unified and consistent tone 99% of the time. So in that sense it was easier to focus on telling the story and evolving the score over the course of the season as opposed to doing a new parody and starting over from scratch each episode like other shows I’ve done. The trick on this project was that in the moments where the story does deviate from the core genre, that it was done in such a way that still felt of-a-piece. Then there are a handful of moments where we do something completely different to help support a particular joke. 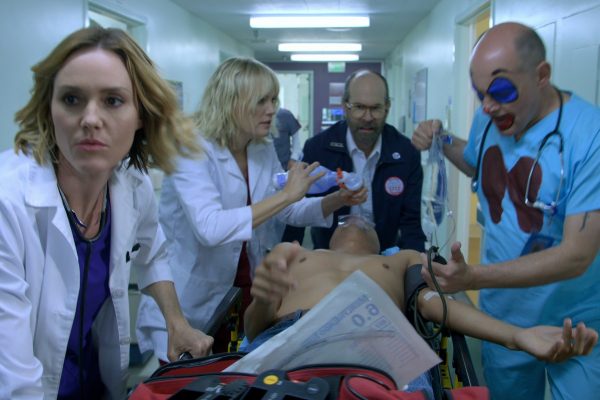 The same team that did Childrens Hospital, for which you also scored, is also behind Medical Police. Because of this, did you have more freedom with the score for this project?

Absolutely. Having worked with these guys for most of my career, we’ve developed a really fantastic working relationship and a level of trust. Once we figured out what that score was going to be after trying some different ideas, most of the discussion became about accenting scenes or telling the story in the right way and making refinements to the score. They even appreciated the occasional curveballs I threw! (Well, most of them)

Because Medical Police is a spinoff of Childrens Hospital, are you keeping any of the same themes or are you completely starting fresh?

The vast majority of it is new material. After a cold open, the first episode starts off set in Childrens Hospital with the score under that a variation of the “Previously On…” cue that would start each episode, and then medical action. Over the course of the episode, the score gradually becomes more “Medical Police” as they leave their old lives behind, and that is the last time we hear anything resembling a Childrens Hospital theme. 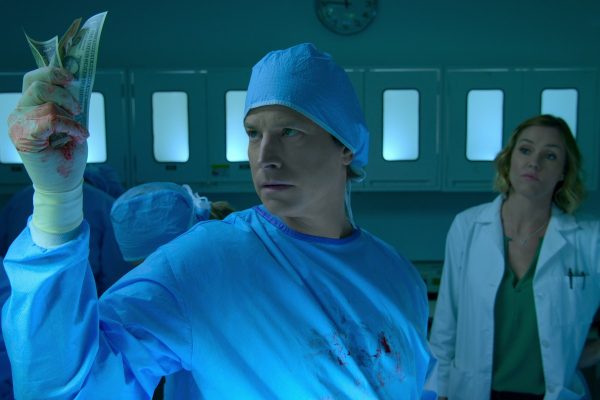 Medical Police takes place in São Paulo, Brazil. Did this setting have any influence on score?

Not too much. It starts in Brazil, but then quickly becomes more globe-trotting so the score generally has a world-eclectic tone to it. We did want to inject hints of specific regional instruments when Owen and Lola travel to a new location, so there is a little bit of berimbau in the cue where they drive through the streets of São Paulo, accordion for France, African percussion for Sudan, etc.

What was the most challenging part of scoring this show?

This was my first real opportunity to write a main title theme as Childrens Hospital used a song by Amy Miles, so that was challenging in the respect that I a) wanted it to be good, and b) knew that whatever I did would set the tone for the entire show. Luckily, I had great collaborators in the show-runners and my music team, plus about a month to play with ideas before I started scoring the episodes proper. After about four or five different iterations, I think we nailed it!

Do you have a favorite character on Medical Police to score for?

Other than the two leads, Erinn and Rob are brilliant and always a joy to score for, there’s a henchmen/villain named Tran (aka Lavator) played by Megan Le. Her performance has this cold, simmering rage to it, so it was fun to accent that with a simple, angry motif when we see her hunting down Owen and Lola.