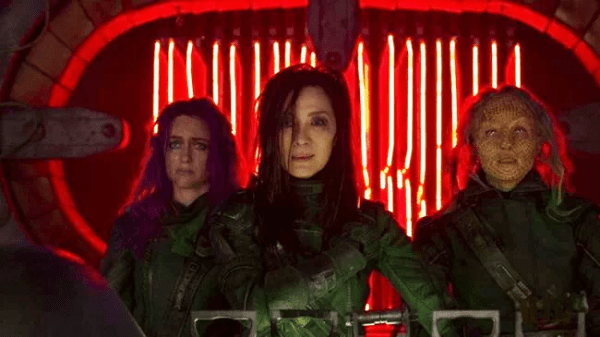 Having appeared in a minor role in Guardians of the Galaxy Vol. 2, it seems that Michelle Yeoh may become the latest star to pull double duty in the Marvel Cinematic Universe, with multiple outlets reporting that the actress is in talks with Marvel Studios to join the cast of Shang-Chi and the Legend of the Ten Rings.

Yeoh appeared briefly in Guardians Vol. 2 as Aleta Ogord, a.k.a. Starhawk, but is expected to portray a different character in Shang-Chi, should a deal be reached. That would see Yeoh becoming one of only a handful of actors to play more than one character in the MCU alongside the likes of Luke Cage stars Alfre Woodard, who also appeared in Captain America: Civil War, and Gemma Chan, who is currently shooting Eternals in the role of Sersi, having previously played Minn-Erva in Captain Marvel. Luke Cage villain Mahersahali Ali is also set to join that list when he takes on the title role in Blade.

SEE ALSO: Rumoured details on the villains set to join The Mandarin in Marvel’s Shang-Chi and the Legend of the Ten Rings

Shang-Chi and the Legend of the Ten Rings is set to be directed by Destin Daniel Cretton (The Glass Castle), with Simu Liu (Kim’s Convenience) playing the Master of Kung-Fu alongside Tony Leung (Infernal Affairs) as The Mandarin and Awkwafina (Crazy Rich Asians) in an as-yet-unrevealed role. It is set for release on February 12th 2021.

Via The Weekly Planet