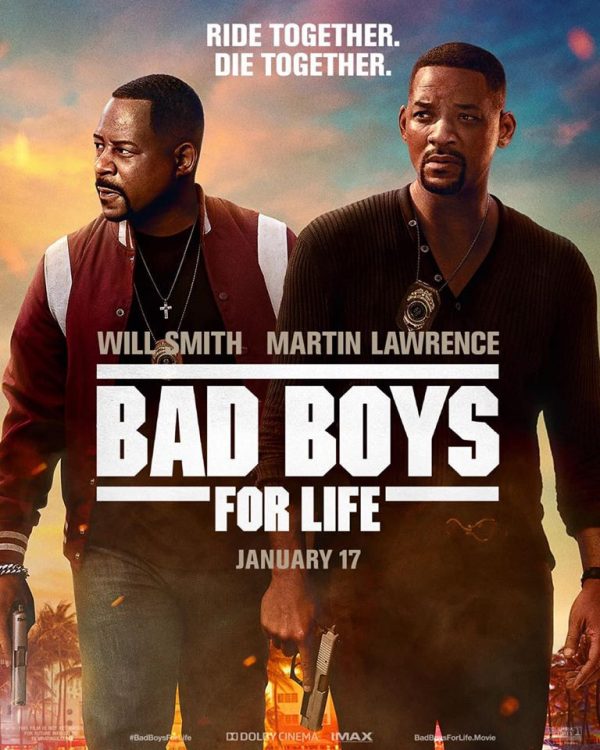 Older. Wiser? Detectives Mike Lowery (Will Smith) and Marcus Burnett (Martin Lawrence) return to the mean streets of Miami to try and stop a Mexican drug cartel who threaten make things more personal than the duo could have ever expected. 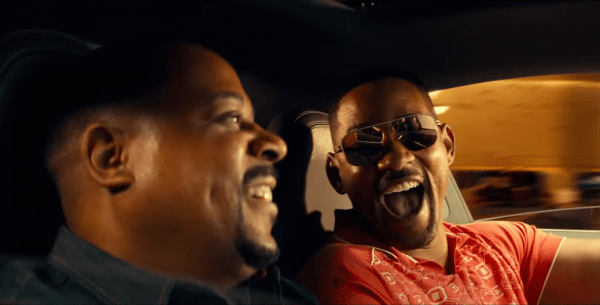 The question posited by late ’90s sun-kissed and slow-mo action classic was ‘Bad Boys, Bad Boys, whatcha gonna do?’ It’s doubtful that the answer would have been wait 17 years for a sequel to Michael Bay’s reprehensible second installment, until you get to a point in time where the only person looking forward to it would have been PC Danny Butterman from Hot Fuzz.

That’s where we’re at with the long-gestating Bad Boys For Life, a threequel that ditches the Bayham, aside from a cameo by the 6 Underground director, and applies the Lethal Weapon “we’re too old for this shit” template to the franchise. Instead of asking for a packet of Tropical Fruit Bubblicious……and some Skittles, Lowery and Burnett are more likely to be holding a gun to its side to request a bottle of Pepto-Bismol and and packet of Rennies.

So does Bad Boys for Life ride or die? Well, aside from a few early wobbles, it most definitely rides, jumps, flips and quips it way towards becoming one of the most surprisingly enjoyable action-blockbusters in recent memory, and that rarest of beasts, a sequel that surpasses its predecessor. 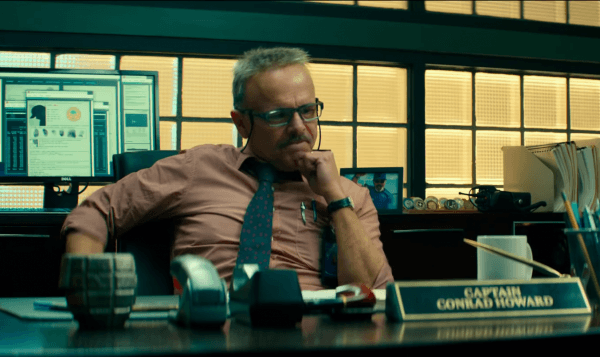 Let’s get something straight though, this isn’t reinventing the wheel, particularly when it comes to the Bad Boys franchise. At times it’s next-level bonkers, especially where a couple of the more outlandish twists are concerned, but it knows this, and often pokes fun at it’s own ludicrousness using Lawrence as a WTF mouthpiece. If you surrender to this, then you’ll have a riot.

As well as the characters maturing (a little), the absence of Bay means that there’s at least an attempt to have some substance beneath the action beats. Somewhere amongst the multiple rewrites over nearly two decades, a thread about addressing the consequences of violence in action movies has emerged. Body count and excessive violence are often dismissed by big-budget genre movies, but here we at least have characters suffering from PTSD, or questioning their trigger-happy default setting of years-gone-by. It’s not meditating on it for too long, and soon gives way to the kind of Looney Toons action that it’s challenging, but it’s at least refreshing to see the issue raised, particularly in an age in which not everyone is held accountable for their actions. 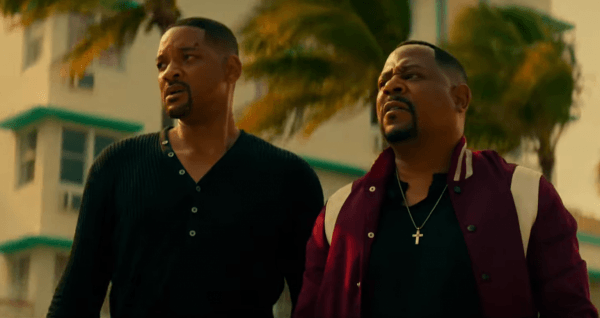 On the action, the change in director doesn’t necessarily alter the veneer of Bad Boys for Life, in fact the visual aesthetic marries pretty perfectly with that of the first two films, but here it’s more effectively staged. It might not be as ambitious as Bad Boys II‘s bridge chase, but there’s a real clarity, a simplicity, instead of incoherence, over-indulgent editing, and incessant slow-mo shots, with the finale in particular using the camera in some really inventive ways. Special mention must go to Lorne Balfe’s superb score, which orchestrates the action brilliantly.

For all of this though, Bad Boys wouldn’t work if the titular characters, now ‘Bad Men’, felt as if they were going through the motions, cashing a cheque, doing a Bruce Willis. Thankfully the duo have never been better. Smith still oozes that same charm and charisma which made him the 90s box-office king, and Lawrence is given some emotional lifting to do amidst shouting profanities and acting as the audience projection when the script threatens to tip over into the ridiculous, which it so often does. Their patter is easy, the laughs flying around as often as bullets, and by giving them a Mission: Impossible style team to work with, as well as the return of Joe Pantoliano’s Captain, it adds extra targets for their magazine of wise-cracks. 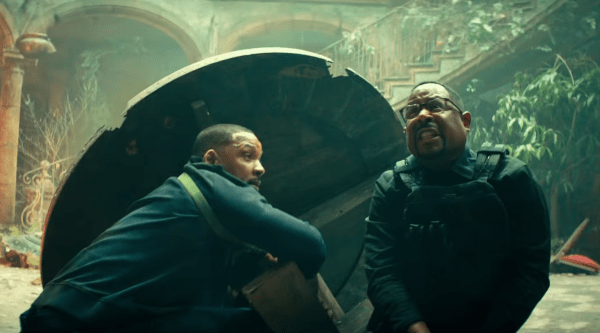 Having waited so long to get the actors to commit to the roles ‘one last time’, it’s not surprising that anything outside of their relationship feels woefully under-served. There’s a romantic subplot for Mike that never really attempts to stick a landing, and it might have been nice to see a bit more of Marcus’s home life in order to give more weight to the Fast & Furious (of which this is infinitely better than the last few films in that franchise) ‘family’ vibe that this attempts to replicate.

Echoing all that was good about the original film, Bad Boys for Life might succeed because of the low-bar set by third franchise installments, and a near twenty year wait, but thanks to the irrepressible double-act of Smith and Lawrence, the lunacy of it all, and an unbridled sense of fun that comes with that, it might not be time to retire these detectives after all.