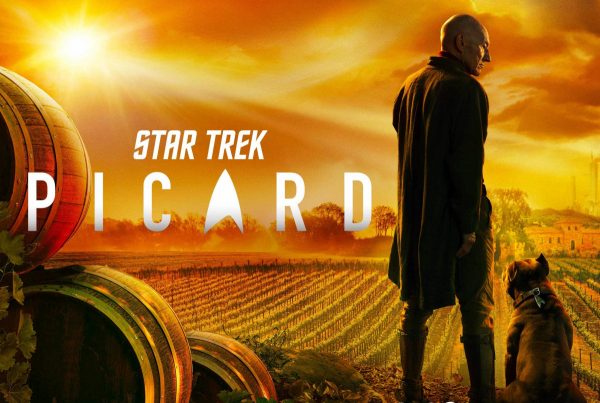 This is the Star Trek fans have been waiting for with the captain everyone wanted. During his tenure as Jean-Luc Picard some might say Patrick Stewart helped bring back the franchise back from extinction. Stoic fortitude combined with intellectual resilience and a natural charisma left an indelible mark which in hindsight few would now refute. He embodied the role, set a benchmark and became legendary over seven seasons in charge.

Successful films followed as Next Generation gained momentum and popularity before finally in a double episode entitled All Good Things events reached their conclusion. With Picard we return to the vineyard glimpsed in that finale to find Jean-Luc enjoying his retirement eighteen years after his last mission. Here is where Amazon have decided to plant their flag and where Patrick Stewart reminds us why he will always be the captain. 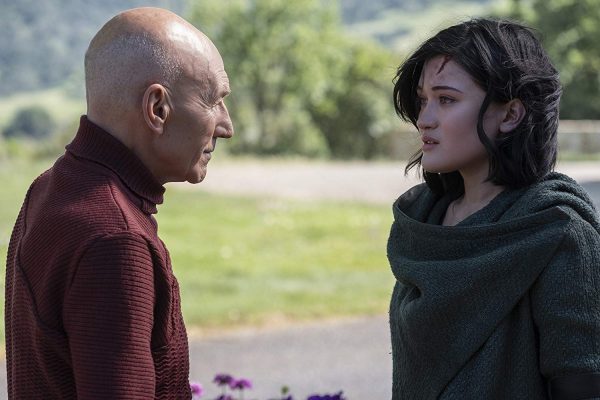 There is a pre-possession about him in those opening minutes which make it work. Whether locking horns with overly inquisitive interviewers or offering comfort to renegade fugitives between fire fights, Stewart always feels in control of things. Production design and visuals are well polished and superior support is given from all quarters in a tight opening episode, loaded with potential and solid character work.

For those who were worried this might be more Star Trek Discovery than Next Generation let me assuage those fears right now. There is an FX driven make over as you would expect from a high profile Amazon original but tonally everything is present and correct. Set pieces are kept to a minimum and emotional heft drives any drama. Fan favourite touchstone moments are present alongside Next Gen call backs, while story and character acknowledge mainstream science fiction then underpin it with resonant dialogue. 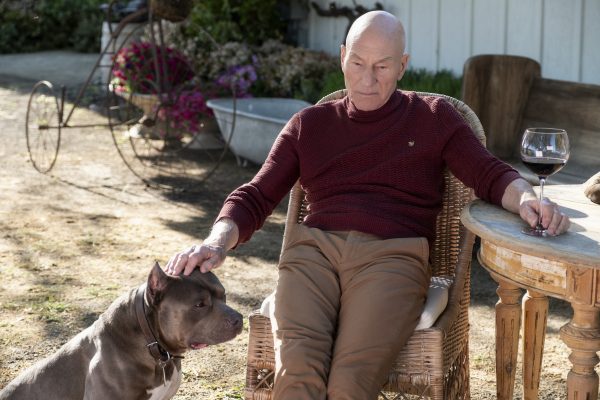 Having already greenlit Picard for a second season CBS All Access clearly has faith in the end result and I can see why. By bringing together old and new both in terms of timeline and Trek related franchises Picard promises much. What we have here then is a love letter to new frontiers and an opportunity to go where no one has gone before.