Though Star Trek: The Next Generation ended with ‘All Good Things…‘, Captain Picard and his crew would go on to have a few more adventures in the next iteration of Star Trek feature films. Of those four TNG films, perhaps the most significant of them is Star Trek: First Contact where Picard once again encounters the deadliest enemy he’s ever faced: the Borg.With the Borg invading Earth and the very timeline at stake, Picard faces some dark demons within him in one of the franchise’s best regarded films. 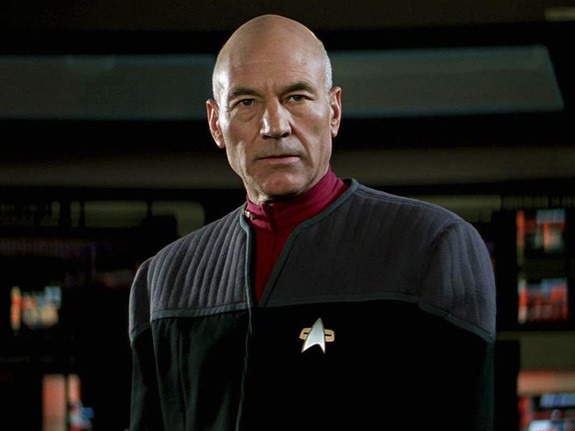 First Contact sees the Borg return in a major way as they attempt an invasion of Earth. However, a straight up invasion isn’t their goal as they actually time travel to Earth’s past, the day before humanity achieved warp drive travel and made first contact with other life. With the Enterprise following them into the past, they also have to deal with the Borg boarding their ship. As the large crew is assimilated one by one, Picard’s feelings against the Borg is fully brought to the surface and threatens to cloud his judgement.

Out of all the Star Trek films, First Contact is perhaps the darkest one as the Borg come perilously close to reshaping history and assimilating everyone on the Enterprise. Portions of the film get fairly graphic as it doesn’t hold much back from what assimilation means as the Borg replace human eyes, hands and even skin with their own. The graphic nature of the crew’s assimilation just adds further context to the torture Picard went through in ‘Best of Both Worlds‘ and why he grows increasingly more irrational as his hatred for the Borg begins to take over. It is quite a different look at the Picard than the one we’re used to. During their first encounter with the Borg in the film, Picard was in control of his emotions and quickly evaluated the situation that helped the Federation destroy the larger Borg cube, but as the Borg gained more control of the Enterprise he began to spiral in his rage. The first scene that shows the cracks in Picard’s clarity is his passionate kill of a Borg sentry, going so far as to attempt a further assault on the body after the Borg already died. 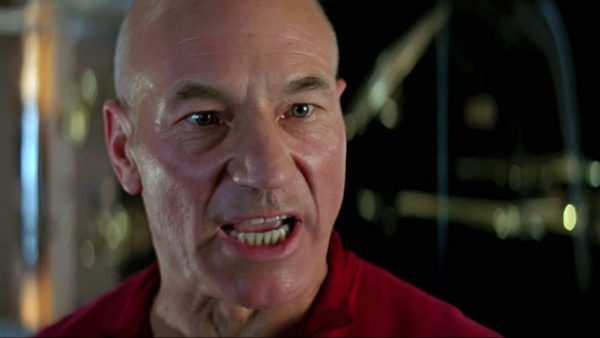 What Picard’s arc is is a subversion of Star Trek II: The Wrath of Khan. Where Khan was on the bitter quest for revenge, Picard stands in his place as he begins disregarding the crew’s advice and goes so far as to call Worf of all people a coward out of his need to hurt his enemy. The parallel between them is taken further through the use of Moby Dick‘s Captain Ahab. Khan died quoting Ahab as he attempted to destroy the Enterprise, finding some satisfaction he’d take Kirk with him. Picard also quotes Moby Dick, but it is after his defiant and rousing outburst on how “the line must be drawn here!” that he realizes how far his actions have taken him, using a different quote to emphasize his compromised state of mind. It’s quite an interesting look at how Picard handles these emotions and that, despite his claims on the evolution of mankind to Lily, even enlightened people like him can still succumb to their worst instincts.

First Contact is also notable for Picard in another way. One of the most significant aspects to his character is the friendship between himself and Data, a fact that was apparent in ‘The Measure of a Man‘ and ‘Best of Both Worlds’ when Data help save Picard from the Borg’s assimilation. Now it is the Borg who are interested in Data as the Borg Queen, played by Alice Krige, attempts to convince Data on the benefits of assimilation and how fruitless his desire to become more human is. The fact the film does a slight retcon in establishing that there is a being who controls the Borg’s hive mind isn’t much of an issue since Kirge’s Queen proves to be a very enigmatic character who is clearly a match for both Data and Picard. At the last moment Picard’s revenge quest turns into a rescue mission to save Data, once again emphasizing how close these two have become over the years. Both Patrick Stewart and Brent Spiner do remarkable jobs in their separate arcs. 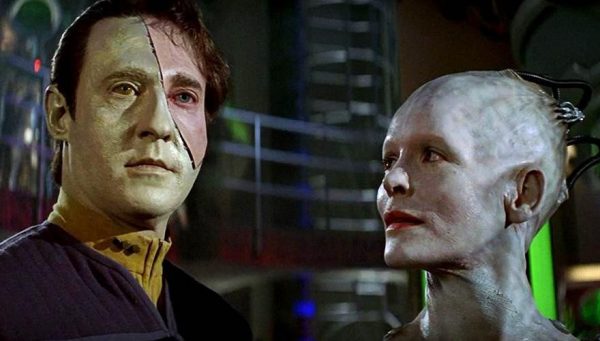 And though Picard doesn’t feature much in the film’s other story, it is very fun to see how the Federation began as Riker, Troi and LaForge try to get First Contact back on track with the eccentric and (soon to be) famous Zefram Cochrane. In a movie about embracing one’s true character, Cochrane is running away from his destiny while Picard and Data struggle with who they are. Each of their journeys are similar but different, adding to the film’s theme of battling one’s nature. James Cromwell does a great job as Cochrane comes to understand his importance in history, but it is Alfre Woodard who is the film’s MVP as she comes to act as Picard’s conscience as he spirals further into his hatred.

Star Trek: First Contact is most definitely one of the franchise’s best installments and a great look at Picard and the lingering feelings he has with the Borg. It gives him the final piece of closure for his assimilation as he comes to terms with what was done to him and who he is now. For a Star Trek movie that is more action based than usual, the insight it gives into his state of mind and emotional journey is both impressive and in line with The Next Generation. Stewart delivers a great performance as he shows an uglier side to Picard, but one that feels no less authentic, making it one of the must-see Star Treks to understand him.