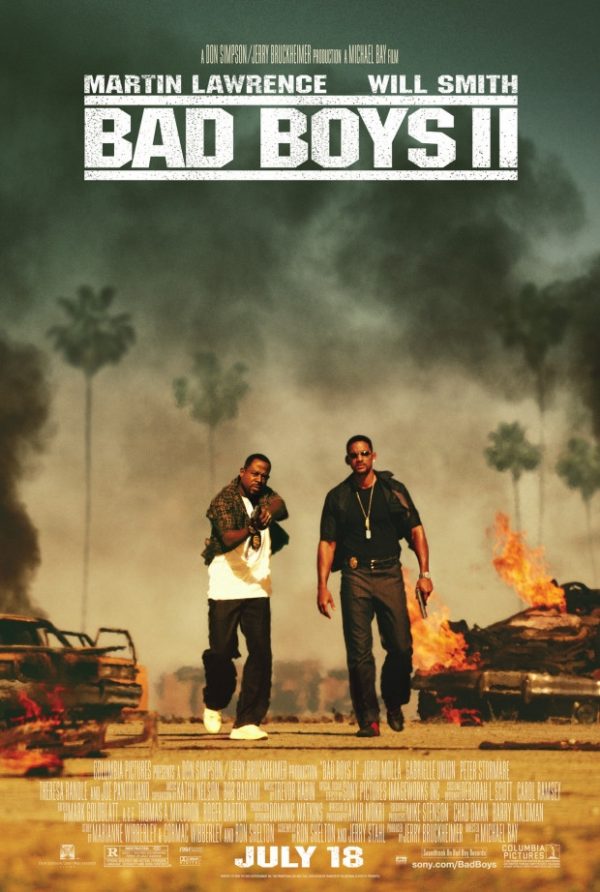 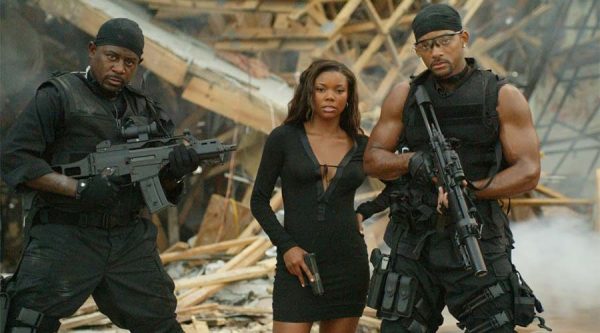 Bad Boys II is a film of both extreme highs and lows, a film that sheds any faint, comparative modesty its predecessor had and delivers what still might be the quintessential Michael Bay movie.

The first apparent thing about this sequel, which bafflingly took eight years to come to fruition, is that it’s a far more heavily stylised affair than the original. With a stonking $130 million budget – that’s almost seven-fold the original’s $19 million – Bad Boys II itself only exists in such overblown form because Bay’s back-to-back $140 million tentpoles Armageddon and Pearl Harbour both set the box office ablaze. Ironically, this super-charged buddy cop sequel was a far more humble success, failing to gross even half of Armageddon‘s box office take.

But from minute one, the sequel lays its cards flat and lets the audience know they’re in for quite the ride, defined by saturated, almost sickly colour grading, aggressive use of slow motion, more bikini-clad butts than your average Fast and the Furious movie, lashings of bloodshed and, er, more gay panic than your average Hangover movie.

Bad Boys II is surely one of the most elevated action sequels ever made in terms of both scale and production, even if this embiggened stature as a blockbuster rather than mere buddy action flick also results in a script that feels hilariously over-egged.

Again, the story is a boatload of whatever, though also unfortunately verbose, ensuring that the notoriously undisciplined Bay delivers a wildly padded 147-minute mess with at least one drug dealer antagonist too many. Did we really need both Peter Stormare and Jordi Mollà to play ambiguously-accented bad guys? Would one not suffice?

There’s also a cringe-worthy romantic subplot between Mike and Marcus’ sister Syd (a well-cast Gabrielle Union), to say nothing of various ridiculous comedy detours involving fornicating rats, large-breasted corpses, and so on. There’s an outrageous amount of guff here, even for a Bay film, and one suspects a judicious editor could’ve easily trimmed things down to a more manageable two-ish hours. 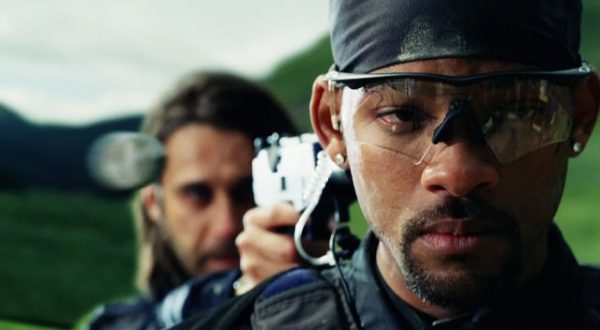 But the flip side of Bay’s inability to self-edit is that Bad Boys II is really like no other action film released during the early 2000s; how many buddy cop movies have ever been given the green-light to indulge in so much wanton absurdity, with such a colossally bloated budget no less?

The result is a film that matches its giddy banter with genuinely creative set-pieces, which mark by far the most laudable leap from the first film. Bad Boys II is packed with action, and Bay does an impressive job keeping the set-pieces diverse and distinct from one another, whether it’s a car chase where the antagonists launch vehicles at our heroes, or a confined shootout in a drug den with Bay tracking the camera from room to room in a smooth single take.

The use of shaky cam coverage can be mildly frustrating during especially chaotic sequences, but for the most part the film delivers tremendous bang for your buck, and given the amount of CGI thrown at the screen, it’s remarkable just how gorgeous the film’s 4K presentation looks.

What categorically doesn’t work in Bad Boys II is its needlessly mean-spirited sense of humour; the routine homophobic “jokes” felt dated in 2003 let alone 2020, and there’s a pervasive dismissal of PTSD and male mental health throughout the film that feels bizarrely passive-aggressive. That’s not to ignore the ridiculous male gaze that kicks in any time a woman is on-screen, as would clearly inform Bay’s later work on his Transformers films.

But if you can deal with these scripted issues – and I couldn’t blame you for not – it is a film that succeeds due to the uniqueness of its hyper-stylised action and, yes, the terrific chemistry between Smith and Lawrence. Pantoliano is again wonderful as their ageing boss, while the supporting cast is rounded out nicely by Union and, in a pre-Oscar appearance as a rights-obsessed Klansman, Michael Shannon.

A monument to excess both exhausting and entertaining, Bad Boys II challenges audiences to withstand 2.5 hours of stamina-sapping “Bayhem,” but benefits from the heightened, almost surreal vulgarity at its core.