Panstasz and Ysbryd Games’ cosmic horror retro RPG, World of Horror, will be arriving on Steam Early Access on 20th February.  Inspired by the works of H.P. Lovecraft and Junji Ito, this retro horror will see players venture into a roguelite nightmare that has been crafted entirely in Microsoft Paint.  Experience turn-based combat, unforgiving choices and new forms of cosmic horror with every playthrough. 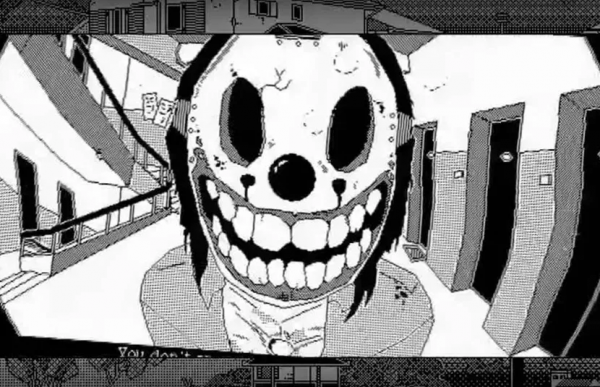 World of Horror is a roguelite horror RPG that sees players enter a world that’s spiraling into a mysterious madness.  Set in a small Japanese seaside town players will follow the stories of five different characters as they brave the chaos resulting from the awakening of the Old gods.  Grotesque creatures are roaming the streets and terrorising the town’s inhabitants.

Each of the five playable characters will have their own perspective on the events and a different story to follow, with each story having different events and outcomes by using a deck of event cards.  Players will need to unravel mysteries, solve puzzles, find useful items and uncover disturbing clues.

A haunting chiptune soundtrack and a 1-bit art style with a variety of available palettes helps create a suitably simple and terrifying horror experience.

Look out for World of Horror arriving on Steam Early Access on 20th February.