Chris Pratt has addressed if Thor will make an appearance in Guardians of the Galaxy Vol. 3. 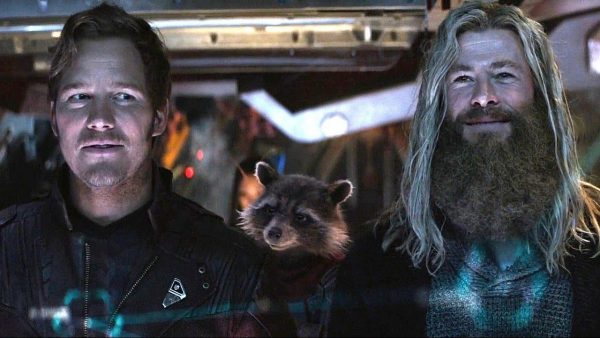 Thor’s relationship with the Guardians in recent MCU movies has become a fan-favourite dynamic with many hoping to see the Asgardian join up with the crew on their next adventure, which was set up at the end of Avengers: Endgame.

So, will it happen in Guardians of the Galaxy Vol. 3? Well, Chris Pratt was asked about this very possibility during a recent talk with IGN. Giving his thoughts on the situation and what could be possible, he said:

“How do you know that Thor’s not in Guardians 3? We haven’t started it yet. He might be in Guardians 3. We don’t know. There’s no definitive yes or no on that. We’ll just have to wait and see.”

Whether Thor will appear in the third Guardians of the Galaxy movie or not, Chris Hemsworth’s God of Thunder will be back on the big screen in 2021 in Thor: Love and Thunder. Perhaps we’ll get a cameo appearance from the Guardians in that movie? At this point, who knows what the future holds.