Although he ultimately passed on a role in The Suicide Squad in favour of working with Zack Snyder on Army of the Dead, Dave Bautista is set to reunite with director James Gunn this year as he reprises the role of Drax for Guardians of the Galaxy Vol. 3, and based on the latest comments […]

In a new video titled “Marvel Studios Celebrates The Movies,” the Disney-owned company gave fans a look at the brand’s past, present, and future. The video opens with some of the studio’s more memorable moments before switching to full-on teaser trailer mode with previews for their upcoming films. Marvel has finally offered up the first […] 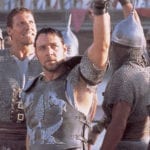 It goes without saying that this story contains a huge spoiler for Thor: Love and Thunder. You’ve had fair warning with the headline, but read no further should you wish to remain in the dark about who Russell Crowe will be playing in Taika Waititi’s second Asgardian adventure. With filming currently ongoing in Australia, it […] 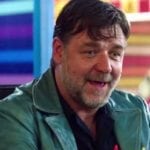 Recently leaked photos teased his appearance, but it’s now confirmed that Russell Crowe is set to join the Marvel Cinematic Universe with an appearance in Thor: Love And Thunder. Taika Waititi is pulling out all the stops in his second film for Marvel Studios, with Crowe being another huge name who has signed on to […]

More photos and video have surfaced from the Sydney set of Marvel’s Thor: Love and Thunder, this time featuring Tessa Thompson’s Valkyrie sporting a rather smart new look, as well as Natalie Portman’s Jane Foster filming a sequence where she’s suspended in the air. Could this be her transformation into the Mighty Thor? We’ll have […]

Warning: Minor Thor: Love and Thunder spoilers follow… As filming on Marvel’s Thor: Love and Thunder continues Down Under, a whole host of new set photos have arrived online this week which reveal that we’ll be seeing another Asgardian play from the troupe of actors in Thor: Ragnarok. As you can see below, this time […]

Seemingly confirming that Chris Pratt’s Star-Lord and the rest of the Guardians of the Galaxy will only play a minor role in Thor: Love and Thunder, Karen Gillan and Pom Klementieff have taken to Instagram to announce that they’ve wrapped filming on the Marvel Studios sequel. The two actresses are currently in Australia, where they’ve […] 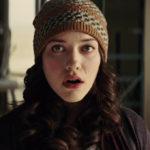 The fourth instalment in the Thor franchise, Thor: Love and Thunder, has officially begun production and it seems like one character from the series won’t be returning for the latest film. In an interview with IGN, Kat Dennings, who has played Darcy Lewis in both Thor and Thor: The Dark World, has all but confirmed that she won’t be […]

With filming now officially underway on Thor: Love and Thunder, the first spy photos from the set of the Marvel sequel have arrived online and give us a look at leading man Chris Hemsworth (whose Thor now seems to have shed the pounds and is now back in peak Thunder God shape) along with co-stars […]

The fourth instalment in the Thor franchise, Thor: Love and Thunder, has officially begun production and in addition to Chris Hemsworth returning as Thor, the film is also set to feature several members of the Guardians of the Galaxy including Chris Pratt’s Star-Lord, Karen Gillan’s Nebula and – as he revealed on social media with a post from […]