Jaeden Martell (Bill of It fame) and Lia McHugh (she will also be seen later this year in Marvel’s Eternals) play the morally complicated teenagers at the center of psychological horror show The Lodge. It’s twisted but always entertaining, and this interview does tread into some light spoiler territory so I do recommend watching before reading. Nonetheless, these are two very talented performers (in a film chock-full of fantastic performances, Lia has my favorite dramatic scene and I do get to ask about that) who were a pleasure to talk to. Unquestionably, they have bright futures ahead of them. Enjoy… 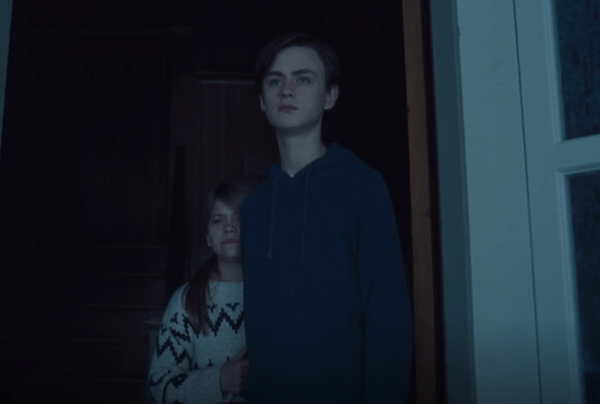 Robert Kojder: I want to start by asking how each of you got involved with this project. And Jaeden, obviously you are recognized within the horror genre so I’m also wondering if you were familiar with the directing duo of Severin Fiala and Veronika Franz and if you had seen Goodnight Mommy prior to taking on the role?

Jaeden Martell: Sure. I was immediately a big fan of Veronika and Severin and I loved the surprises, just like all the viewers while watching it. it was so beautifully done and well shot. Also, the story was incredible and super intriguing. So it made me really excited to work with Veronika and Severin just to be able to do something that would be similar to Goodnight Mommy. Hopefully, it evokes the same reaction that Goodnight Mommy did cause it was so profound. I just wanted to be a part of something similar to that.

RK: Jaeden, your character Aidan comes with a lot to unpack; he’s dismissive of his soon-to-be stepmom, he’s angsty, pervy, and as the movie goes on we learn he is cruel. How much of this character was on the page and what are some things, if anything, that you brought to the character yourself while filming?

JM: I think all of it was really on the page. I think Veronika and Severin are good at creating such complex characters that there wasn’t too much to add. I just had to figure out how I related to him personally and just how to become that person. Especially with the pain that he feels with losing his mother and him wanting to protect his sister. I feel like those are all very important elements that I needed to figure out internally. So I did that by spending time with Mia and figuring out who I was, who he was, and how we are similar, and how we’re different.

RK: Can you elaborate more on how are you are similar to the character.

JM: I think the most important thing to him in his life is his family. So when he loses his mother it hurts a lot and he loves his sister so much, so for me, I really related to that. I love my mom and I really value my relationships with my family and that’s definitely what we related to.

RK: Did both of you feel a lot of pressure considering that this movie wouldn’t work if we didn’t buy into their confrontational attitudes? Riley Keough is outstanding, but it feels like much of the movie falls apart if you two are unable to make us buy into the family divide and dysfunction.

JM: I think it’s important for their struggle to be genuine. and for you to believe the siblings.

Lia McHugh: Yeah, we didn’t feel pleasure. We really enjoy the process and it really worked well together. All the characters have to because of the way it was written. So we didn’t ever feel that pressure, it just sort of came together. 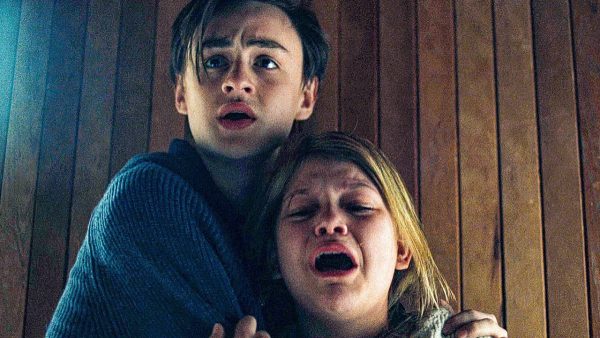 RK: Lia, there’s a scene early in the movie where you’re crying that you’ll never reunite with your character’s mother because of the suicide. That scene is amazing. So can you talk about the challenge of performing that scene?

LM: You really have to try to find a place where… it’s a lot easier when in movies things could actually happen. Some horror movies aren’t very realistic with things that happen. So, I just have to picture what I would feel and really try to relate to the character to bring that emotion to it.

RK: The film is filled with religious commentary and iconography. So I’m wondering if some of that affected either of your own religious beliefs?

LM: For us, it was really just about the characters, not so much the religious standpoint as that was more affecting Riley. Our characters tortured her over that with it and we didn’t really explore that ourselves.

RK: So without going too far into the nasty behavior at the end of the movie, are there any scenes in particular that were really hard to perform because of how cruel they were?

JM: I feel like it’s the whole movie really. Us being so cruel to this one person means it’s hard to find that motivation character-wise. But I think the smart part about Veronika and the writing is that these characters are so interesting and complicated that you can see them question what they’re doing. I think that was really important. There’s no good or bad. There’s no hero or villain. It’s not black and white. Everyone’s complicated. They obviously have their flaws, but they also, have morals like normal human beings. I don’t know about a particular scene but the cold outside really helped to embody the characters and the situations that we were in.

RK: I was actually going to ask how the weather affected things, so thank you

LM: We felt very isolated in the place we were staying in. The cold and those things contributed to my and Jaeden’s bond. We felt that it was really easy to act with each other.

JM: Like Lia said, it definitely affects you and obviously if you’re in the cold you don’t have to pretend to be cold anymore. It makes for more genuine acting.

RK: There’s footage of The Thing within this movie and it does somewhat resemble The Shining. So I’m curious if you were instructed to watch those movies or anything for research.

LM: We were never told to watch anything. It was more about exploring our characters in this specific movie and really understanding their point of view and embodying them and doing our best to create Mia and Aidan’s relationship with unique meaning that wasn’t like any other. The directors weren’t trying to make it like another movie. 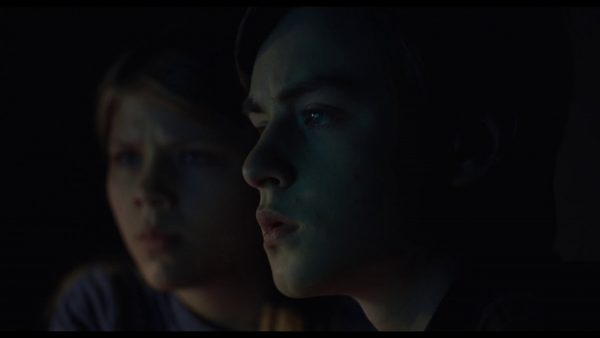 RK: About Riley Keough, she is incredible in this movie. I’m wondering if she taught you anything to make you both even better actors or strengthen your performances. You are all really good here.

LM: We were working on creating the relationships that mattered more. So I and Jaeden spent more time together than with Riley. But watching her performance and being in scenes with her really helped me personally pull out the performance that I needed to.

JM: Yeah, she’s very talented in being sweet and natural. I feel like the audience can relate to this character and that she kind of becomes the moral compass, but then she’s also really good at being super dark and terrifying. So for us, it was very helpful. That’s the case for any actor really. With Lia and with Riley, whoever it is, the stronger they are, the stronger you are as an actor. It’s definitely a great learning experience watching them work.

JM: Jamie Lee Curtis. That’s my best friend right there. But I have shot three projects now with Chris Evans,  so I spent a lot of time with him and we did the project where he was just my dad. Although, everyone great and that was an incredible shoot all around

LM: It’s really hard to say. They were all so amazing to work with and to just be around. I definitely had a lot of fun with Kumail. The nature of our characters was very friendly, so we had a really fun banter on-set. I definitely loved working with Salma Hayek and Angelina Jolie and Richard Madden and I started learning sign language. Lauren Ridloff is so sweet and I loved getting to know her and her family. Dong-seok Ma was so kind to me. I loved working with him. Everyone was great, especially the director {Chloe Zhao}, Barry, Brian, everyone was so fun to work with.

RK: That’s awesome. Anyway, The Lodge is really demented and I really did enjoy the movie, and I wish the best of both of you for the future.

Both: Thank you. It was a pleasure talking to you.

SEE ALSO: Read our review of The Lodge here

Many thanks to Jaeden Martell and Lia McHugh for taking the time for this interview.