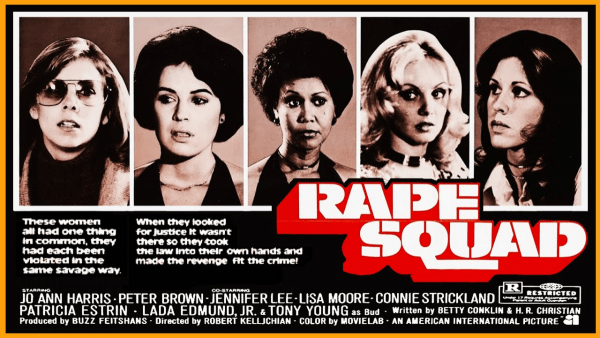 A group of rape victims form a squad in an attempt to find their attacker and deter other rapists. 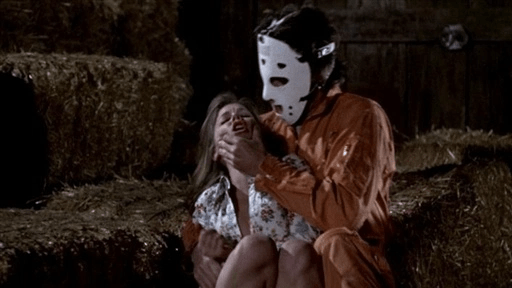 With a title that practically screams for attention, it is perhaps surprising that Rape Squad has been somewhat overlooked when compared to The Last House on the Left (1972) and I Spit on Your Grave (1978). All three films adhere to the rape and revenge narrative, although The Last House on the Left is undeniably effective with its shocking brutality and fierce intelligence whilst I Spit on Your Grave simply seeks to aggravate. Rape Squad, however, feels a little more confused.

The story largely follows Linda (Jo Ann Harris), who is assaulted early on by a rapist wearing a hockey mask – an image which shares a striking resemblance to Jason Voorhees in Friday the 13th Part III (1982). The rape is not easy to watch, with Linda being subjected to further humiliation as she is forced to sing ‘Jingle Bells’ whilst the assault takes place. It is an odd yet cruel form of asserting dominance. Beaten and violated, Linda finds her story scrutinised by an ineffective police system as the film attempts to make its point very clear – men are pigs. No male character of any relevance is portrayed as anything less than an inconsiderate sexist bastard deserving of punishment. 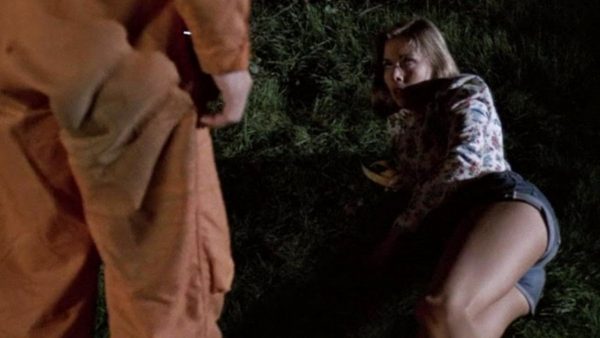 Linda is introduced to several of the rapist’s other victims during an unsuccessful line-up, and frustrated by the inability of the police force, they decide to form a rape squad to help those women in similar predicaments. Together, the rape squad take karate lessons and lure would-be rapists before turning the tables. Although Rape Squad has an agenda, it can be difficult to take the film seriously as director Bob Kelljan regularly missteps. For example, the key scene in which the women discuss the formation of their squad takes place in a hot tub – where each of the women is naked. Surely the gratuitous nudity only serves to undermine any point the film is making in empowering these women. It is also disappointing that the film doesn’t afford a single man any redeeming qualities, although this is further complicated once the women start taking the law into their own hands.

In its eagerness to punish the lecherous men that inhabit the screen of Rape Squad, the female retribution comes dangerously close to distancing us from the avenging women. Of course, in a movie as dichotomous as this, it is always clear exactly whose side we are supposed to be on. Despite this, the hockey-masked rapist has a surprisingly strong presence and we often bear witness to his thoughts – most noticeably after he accidentally kills a woman whilst attempting to rape her, which he later laments. Although it could be argued that this is an attempt at humanising the villain, his costume and the unrelenting morale of the film suggests otherwise. 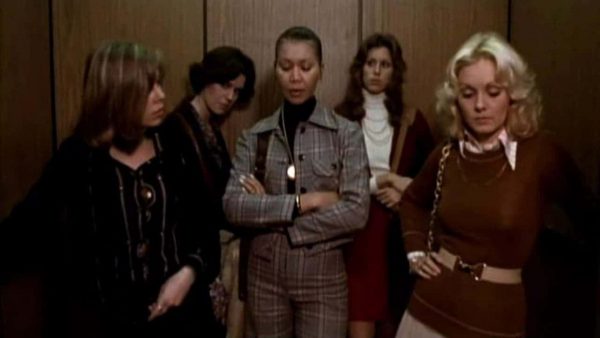 There aren’t exactly any bad performances within the film, but Jo Ann Harris warrants mention as being particularly impressive in her role. She ensures that sympathy is felt during the beginning of the film, and yet still undergoes a believable transformation throughout. The rest of the squad tend to serve as support, and so focus isn’t really drawn away from Harris’ performance until clothes are shed. It seems almost fitting that for a film so adamant that all men are bastards, it spends so much time eroticising the female group. Perhaps this is punishment for the viewer – made to feel ashamed for purveying the victimised flesh on offer. Alternatively it could be inept filmmaking that clearly lacks forethought.

Rape Squad provides an interesting watch, and a strong argument could be made that this is a precursor for the slasher phenomenon. Any feminist intent within this film is sorely undermined, resulting in purely exploitative entertainment that is woefully confused. There is a bizarre lapse midway through the film as the squad first kicks into action, however, a strong lead ensures that attention is kept and the final act is considerably thrilling. Rape Squad is not necessarily a film to recommend, but this is one of the tamer rape and revenge films that could serve as an introduction to one of the more critically derided subgenres of horror cinema.