Marvel has pulled back the curtain on its newest super team The Union, a group comprised of superheroes from all over the United Kingdom including Union Jack alongside Snakes from Northern Ireland, Kelpie from Scotland, The Choir from Wales, and their fearless leader, the legendary Britannia. Here’s a look at the cover to the first issue of the new series from writer Paul Grist (Judge Dredd) and artist Andrea Di Vito (Annihilation)… 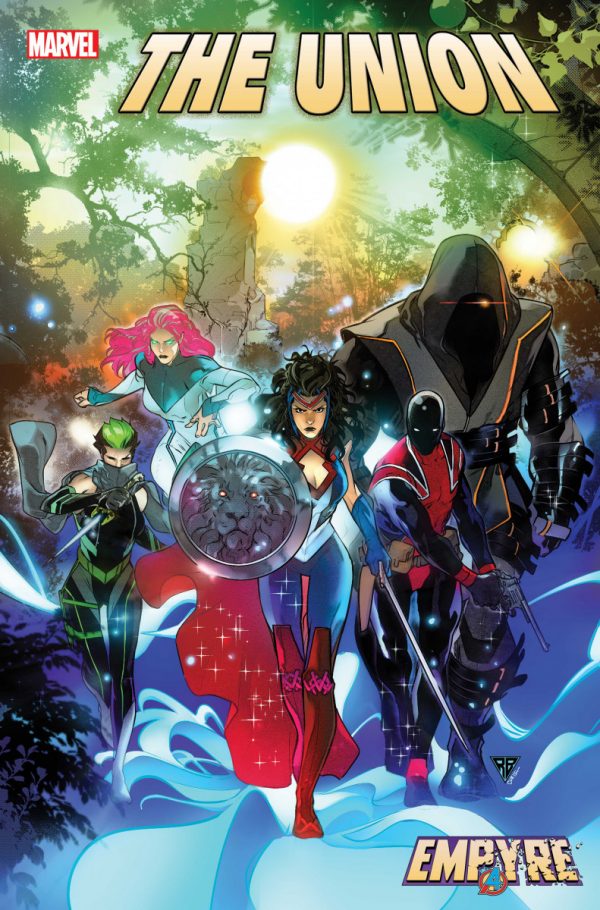 “40 years ago, Roger Stern and John Byrne introduced a new Union Jack into the pages of Captain America! This is the comic I’ve been waiting 40 years to write!” says Grist. “New heroes! New adventures! And a team that’s falling apart before it’s even begun!”

“I really like Medieval themes. With Britannia and Kelpie, I wanted them to look like medieval warriors and I just simplified and modernized it from there,” added artist R.B. Silva (Powers of X), who had provided dynamic new looks for the team’s roster. “For Snakes, I thought of the visual for the Executioner. Someone the enemy will fear from just a look. And for the Choir, more of a light visual, something that can enable quick movements. On her knife I put 3 dragon’s heads. I know on Wales’ flag they have a dragon with only one head but I thought, why not three?” 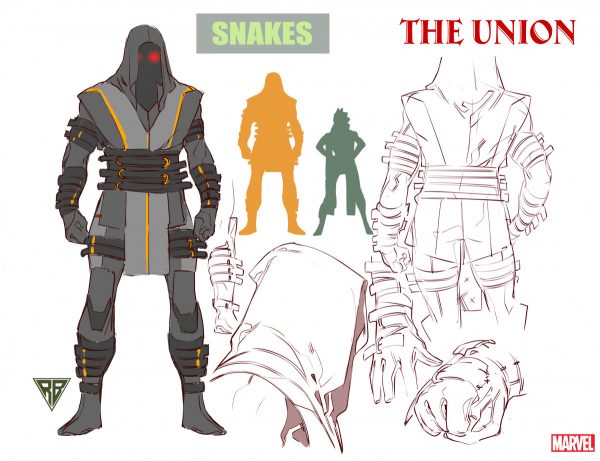 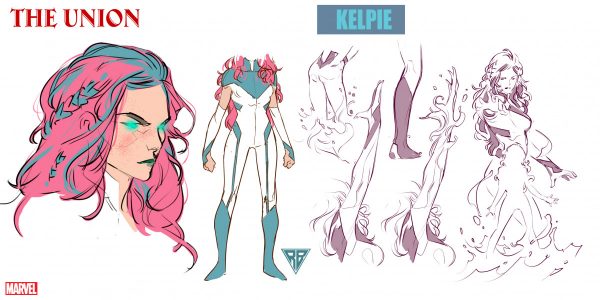 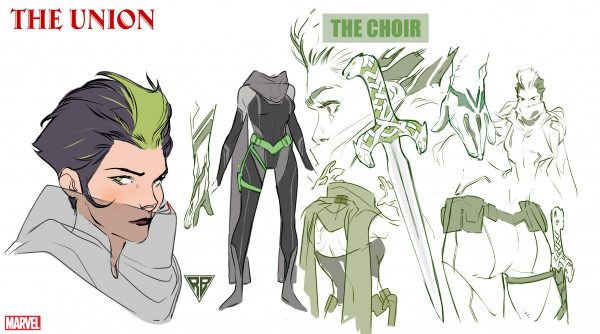