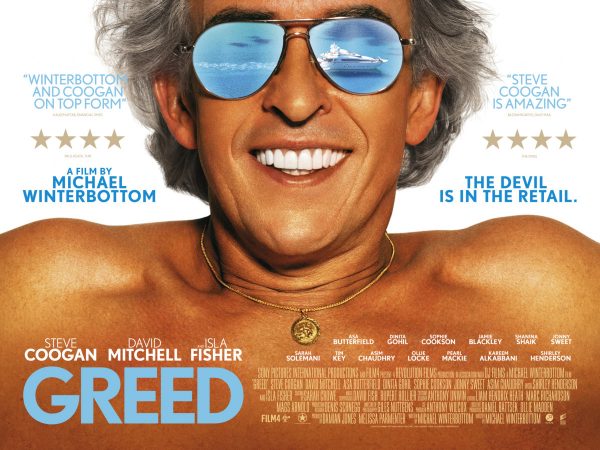 A retail billionaire attempts to restore his falling reputation with a lavish party on the Greek island of Mykonos. 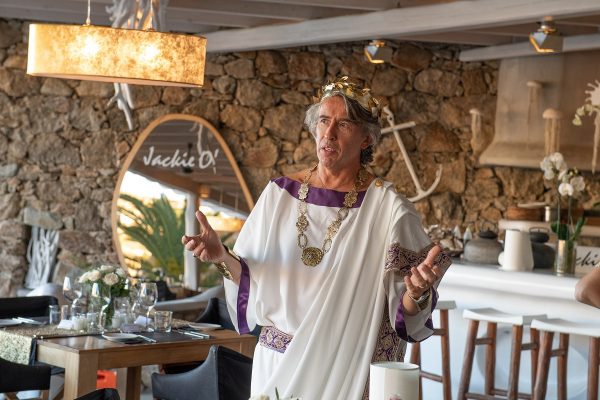 Greed is about Topshop tycoon Sir Philip Green. Except, it isn’t. Not really. Other than when it is, sort of. Michael Winterbottom’s latest collaboration with regular leading man Steve Coogan is one of those weird not-quite-biopics in which names are changed, events slightly muddied and everything unfolds through a smokescreen of legal distancing. Certainly, Green famously hosted a luxurious, star-studded toga party in 2002 and Topshop is notable by its absence in the list of real-world fashion brands name-checked in Winterbottom’s satirical script. The billionaire has reportedly dismissed the film, sight unseen, as “a load of shit”.

The Green-inspired mogul at the heart of Greed is certainly a gross caricature, dubbed “the unacceptable face of capitalism”. With metallic silver hair, a tan deeper than David Dickinson’s and teeth you can see your face in, Sir Richard “Greedy” McCreadie couldn’t be more grotesque if he were a David Walliams character from Little Britain. We meet him in the wake of a disastrous appearance at a parliamentary select committee, planning a lavish, Gladiator-inspired celebrity party on the island of Mykonos. Meanwhile, cynical journalist Nick (David Mitchell) is preparing a biography of McCreadie and a group of refugees is camping on the beach near the party venue. 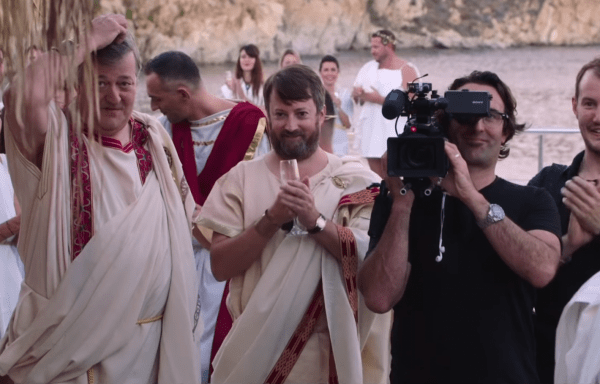 Winterbottom’s hyperactive, scattershot movie zips backwards and forwards in time, chronicling McCreadie’s rise as a teenage chancer (Jamie Blackley) in the London garment business and his exploitation of low-wage Sri Lankan workers, which Mitchell’s Nick explores without really seeming to care. The story frequently returns to Coogan swearing his way around Mykonos as the plans for his Fyre Festival-style celebration – including dozens of togas, a purpose-built amphitheatre and an actual lion – fall apart in calamitous fashion. There’s a lot going on, but none of it coalesces, with much of the movie feeling more like a glorified, half-funny sketch show than a coherent feature narrative.

It doesn’t help that the performances are uniformly cranked up to pantomime levels. Coogan is straight-forwardly villainous at every turn – though his foul-mouthed freakouts are always fun – while Isla Fisher oozes wealth-driven cynicism as his ex-wife and David Mitchell essentially just reprises Mark Corrigan from Peep Show. If they had revealed that Nick was only writing the McCreadie biography to finance Business Secrets of the Pharoahs, it wouldn’t have been a surprise. Asim Chaudhry is a highlight as the timid lion tamer hired to watch over the animal star of the show, while Sophie Cookson steals every scene in which she appears as McCreadie’s pampered daughter – lead in an excruciating reality TV show almost certainly destined for a high-numbered ITV channel.

No one involved seems to fully know what Winterbottom’s key angle here is. By casting the satirical net wide, Greed fails to land a killer blow on any of its numerous targets. The presence of refugees on the beach, in particular, is an under-cooked notion that would’ve been far more worthy of examination than the numerous flashbacks to the young McCreadie gadding about the East End. There’s a sense of kid-in-a-candy-shop enthusiasm about the movie, which leaves it overdosing on sugar and bouncing wildly between ideas, timelines and locations. 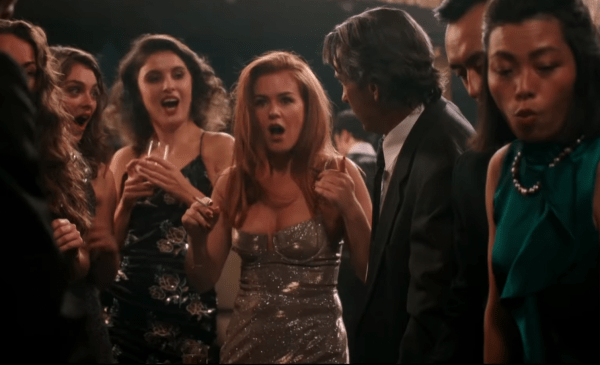 Most of the issues with Greed come down to its failure to form a solid identity. It’s sometimes a knockabout comedy and sometimes a scathing satire of inequality all over the world, with The Thick of It star Paul Higgins popping in to explain some corporate trickery in the style of The Big Short. It’s a two-hour whiplash experience that never finds a tonal equilibrium between its silly and serious sides.

Nowhere is this truer than in its final act, which conjures a climactic twist that goes for all-out shock comedy rather than any sort of satirical idea. The debauchery of the party – complete with a parade of celebrity cameos – gives way to something that emerges out of nowhere and, much like the rest of the movie, doesn’t seem to be driving home half as cogent a point as it thinks it is. This is a Coogan and Winterbottom collaboration, so it’s not without comic merit, but this feels like a missed opportunity to fire a shot into the heart of the very real problem of the super-rich.