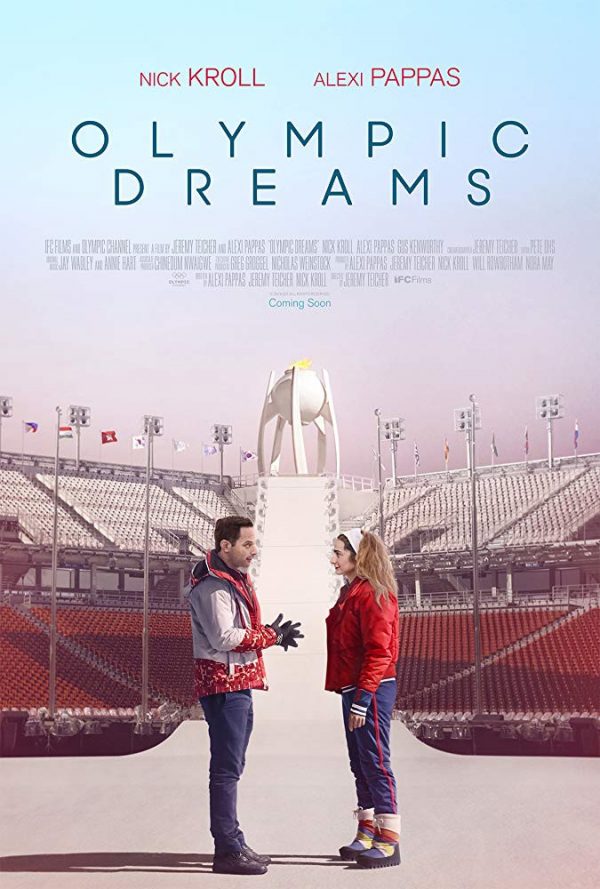 In the Olympic Athlete Village, a young cross-country skier bonds with a volunteer doctor after her competition ends. 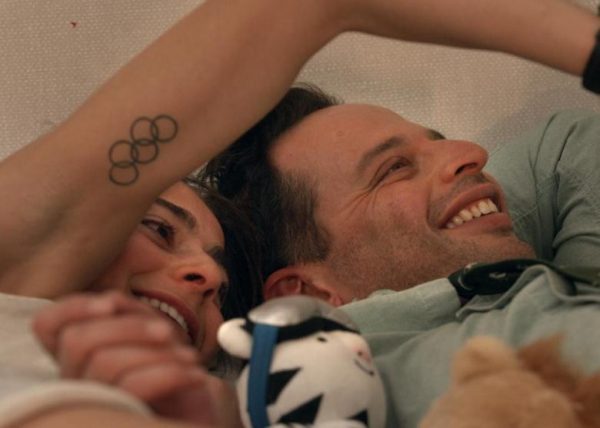 You would be forgiven if you rent or go see Olympic Dreams and initially mistake it for a 2018 PyeongChang Winter Olympics cross country skiing documentary (at least until Nick Kroll appears on screen). Directed by Jeremy Teicher collaborating with Alexi Pappas (not only does she star, but she’s also a co-writer for this filmmaking duo that has previously made Trackdown, another movie exploring athletes and the Olympics), Olympic Dreams makes use of handheld camera work and invasive close-ups of Penelope (Alexi Pappas) as she goes through her daily routine preparing for her competition. Considering every other character is a real Winter Olympics athlete posing as an extra (aside from a volunteer dentist named Ezra played by the aforementioned Nick Kroll), that documentary presentation and authenticity is only amplified.

It’s not enough to take the standard tropes and narrative threads of a romantic comedy and place them in the foreground of a real-life setting and location, so it’s pleasant to report that the character interactions between Penelope and Ezra often feel as genuine as the environments, competitors, and footage around them. Both of them are ambitious individuals stuck in a personal rut, which is one of many things that quickly brings them together (age difference of 22 and 37 be damned).

Penelope’s cross-country skiing competition occurs early on where she, much to her own disappointment, does not perform as well as she had hoped. What stings more is the four-year gap and intense training that goes into getting to the stage in the first place, causing her life to sort of enter an early crisis as her hopes and dreams conflict with her desire to share her life with someone important. There’s a touching scene where she’s essentially desperate for affection and romance, punctuated by a gay athlete (she wrongfully assumes he was heterosexual before accepting his party invitation) giving her the kiss she craves out of friendship. It’s a beautiful moment witnessing that level of understanding and the strong platonic bonds that can quickly be created between competitors of various sports all sharing a singular goal; to win a medal and prove themselves to be the best that something. 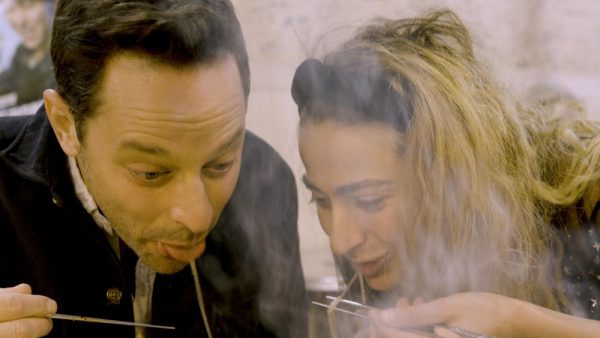 Meanwhile, Ezra is lost in his own way, as his on-and-off fiancé doesn’t seem very interested in his profession or share his passion for traveling the world. There is a clear disconnect that’s palpable even when the two of them are texting (one of the strongest aspects of Olympic Dreams is that the movie doesn’t even need to cast someone in the role to get the point across regarding this drifting relationship). He’s wrestling with the reality that he likely did commit to a woman that he is not a good match for, also beginning to fall for Penelope after a chance meeting and solid exchange. It also makes for an intriguing juxtaposition factoring in that the short window that these two have to spend with one another somehow feels like more than enough to cheer them on being together forever.

Together, they see the sights of PyeongChang, soaking in the culture of the many different countries being represented in the Winter Olympics, some exquisite cuisines, and gorgeous vistas that simultaneously do their part to set Olympic Dreams apart from other romantic comedies, but never in a lazy way that feels like a stand-in for hokey writing. Again, the bonding here feels sincere, especially during an exchange where Penelope challenges Ezra’s direction and goals in life. 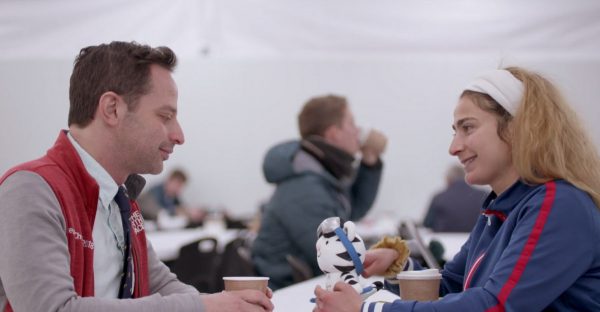 Admittedly, the ending gets a bit too mushy for its own good and seems to not care that long-distance relationships are a thing or that it shouldn’t be too difficult for these people to get together and hang out once in a while (even if they do live across the world from one another), but both Alexi Pappas and Nick Kroll get a pair of heartbreaking scenes with incredible facial expressions that make some of the hokey lines less cheesy (“can you check my teeth one last time”). Obviously, I’m not going to spoil whether they end up together or not, but between the strong performances and documentary-like approach to further integrate audiences into the time and place of this blossoming yet fleeting love, Olympic Dreams is a dreamy work of independent charm.