Jessie Robertson reviews the eleventh episode of The Flash season 6…

It’s Valentine’s Day and there’s love (and pollen) in the air…. 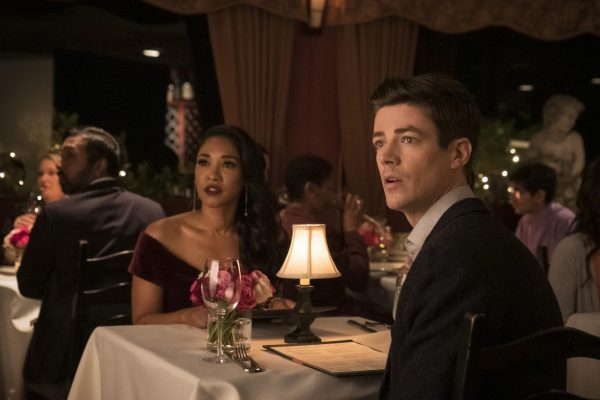 Tonight’s episode follows up last week’s with another Iris-centric tale where during a Valentine’s dinner, Amunet Black returns and steals a piece of tech from a fellow diner; she warns Barry and Iris to leave the costumes at home or she’ll out the groups secret identities. Iris takes charge and puts some tension in the relationship when she accuses Barry of not being able to accept she’s grown into her own protector. The West-Allens’ aren’t the only ones experiencing relationship woes; Black and former baddie beau Goldface have split up and are after the same tech. Their lovers quarrel threatens to tear Central City apart. Frost attempts to play cupid with Allegra and it backfires until Nash provides some key advice. 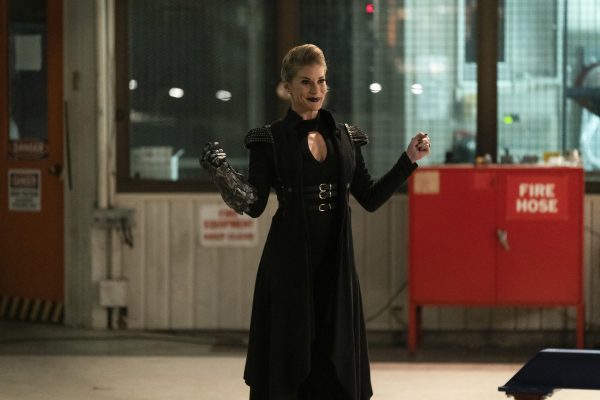 This is another fun episode that’s light on action this week but provides plenty of comedic moments, almost too many to count, from Iris now being able to make pancakes, Frost’s no nonsense life coaching and Black and Goldface arguing over the record collection. Every time they felt a joke could be put in place, they mostly went for it. And for the most part, it all worked. The great thing about the stat of “Graphic Novel #2” as this back half of the season is being called, is it also provides great intriguing story threads being dropped everywhere. The episode opens with Iris on the other side of that mirror she was pulled into and the next thing we know, she’s back at home safe. So, there’s obviously some shenanigans going on and Barry, even if he can’t verbalize how, senses them. This storyline feels like it really has legs and I’m very excited about the possibilities. 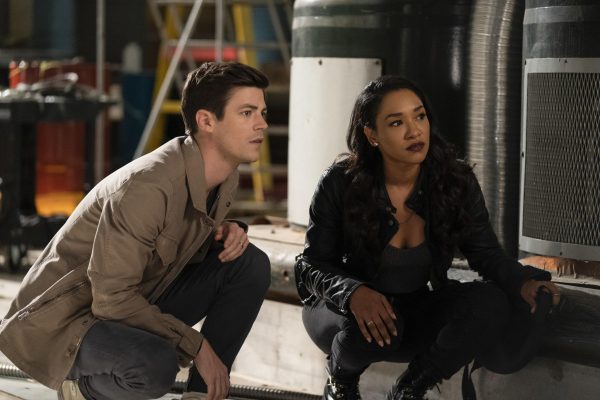 The Amunet Black-Goldface romance was harmless fun, even if it’s a bit weird to root for cold blooded killers to find love; Katee Sackhoff gleefully butchers accents here and across the pond but love it or hate it, her character is roguish fun. The “can’t look away” love scene joke was funny in the most ridiculous way possible. We also got an interesting moment when Nash Wells thought he saw another Wells staring him down at Jitters tonight just as Frost intimated she knows Nash is Allegra’s father. All these story moments are inserted in such a Claremont way that it really does have the feeling of a well crafted comic book run. 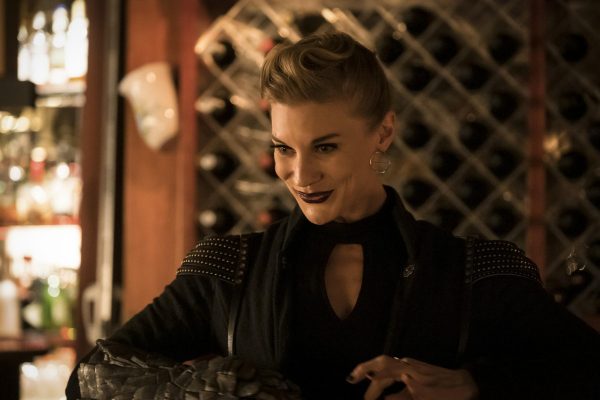 Rating: 9/10- Another hit for The Flash; even if all the cast members aren’t utilized, this show is so deep in both great actors and great characters, it often only needs a few players and a modestly good story to scrape another notch in their belt. Also, the opening title sequence is so refreshing after years of the hero voiceovers.