Jessie Robertson reviews the tenth episode of The Flash season 6…

The Flash returns after Crisis and dives right into multiple storylines at once! 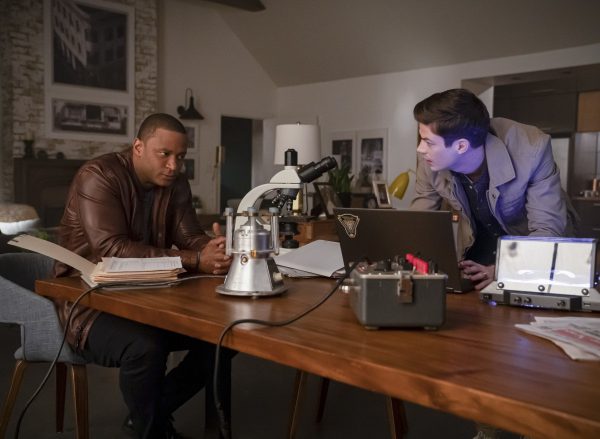 ‘Marathon’ really is all about Iris, which is refreshing. Tonight’s “Graphic Novel #2” as the writers are calling this second half of the season, gives you a slice of every serving you love about this show: comedy, interpersonal relationships, speedster action, more comedy, family talks, and crazy sci-fi villains. Iris’ paper The Citizen uncovers a deep conspiracy surround McCulloch (Flash fans will know that name) Industries and their photon rifle technology. Once they run the story, despite the CEO’s protests not to, Iris is being chased down by a meta assassin ( a new version of Dr. Light from previous seasons). Meanwhile, Diggle shows up and gifts Barry with Oliver’s first mask (from Oliver’s will) and Barry is convinced it’s not just a gift, but a clue to a bigger threat he needs to stop. Finally, Cisco reveals the underlying consequences of all worlds being combined and what that means for both the hero and villain quotient while also feuding with Nash Wells. 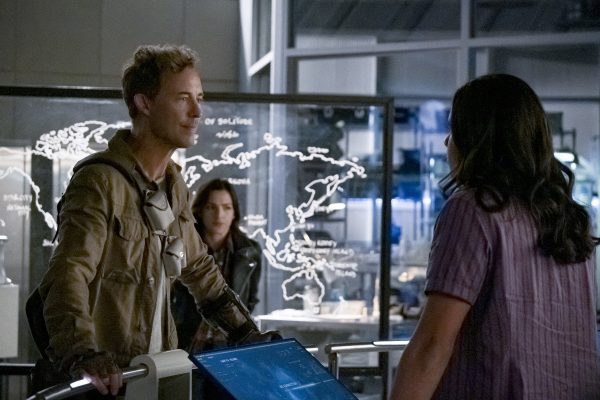 Flash’s first two scenes tonight is their bread and butter: it’s what they do so well: PG/PG13 humor. The gag with Jitters reopening and immediately being robbed, Cisco freaking out that he owns a Superman shirt now and his and Nash’s ongoing feud over the details of how Crisis started/ended. Cisco’s freakout on Nash was actually a really powerful scene, something Carlos Valdes, when tagged in for them, is really strong in. While Nash may not be everyone’s favorite version of Wells, there are winks to some other versions we loved and I think no matter what, this character is about to get a bigger part that will keep us entertained. The only question that comes to mind after Cisco’s sojourn begins: what happens to Camilla? 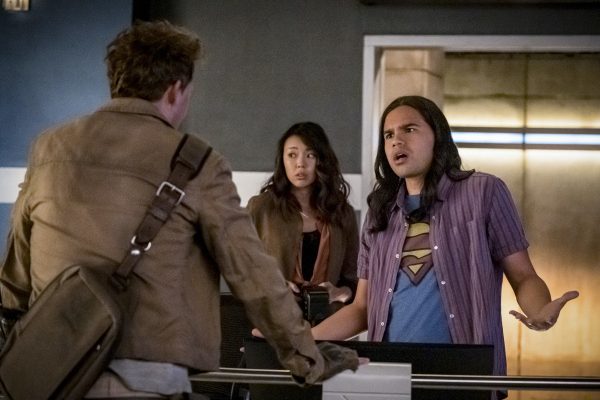 Iris is really the star of this show (in fact, taking out the running joke that Diggle hates being speed run anywhere), you could argue Barry’s storyline was very weak and basically an excuse not to be there to help Iris, which actually promotes the main story of the episode. I’ve often thought Candice Patton is one of the strongest actors in all of the Arrowverse and tonight, she really got to spread her wings, going from facing off with big tech CEO’s, trying to figure out the clues in front of her despite being hurt, and the whole final sequence which has got to have a lot of Flash fans giddy. She carried this episode and it’s nice when we get episodes like this when someone other than Barry is front and center; there’s always an issue with what to do with The Flash though.

Rating: 9/10- This was a great episode; it was structured very well and had a bit of everything you could want and really set the table well for the next half of the season.