Two iconic Hasbro brands are uniting this May courtesy of IDW Publishing as the Mane Six team up with the heroic Autobots for the four-issue weekly crossover miniseries My Little Pony / Transformers. 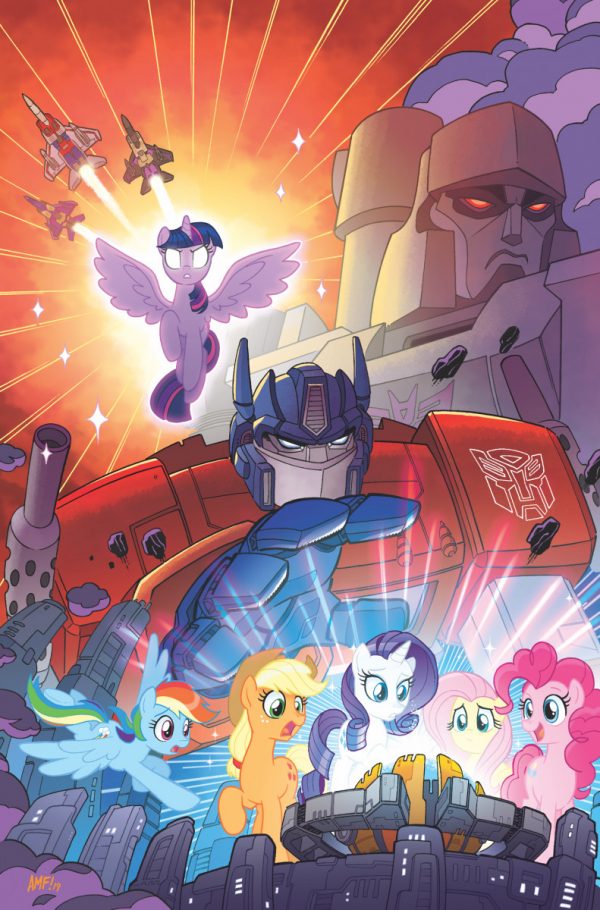 “The writing I’ve gotten to do individually for My Little Pony and Transformers have already proven to be some of the most fun I’ve had in my career, so it’s pure joy to play them off each other,” says writer James Asmus, who is teaming with fellow writers Ian Flynn and Sam Maggs and artists Casey W. Coller, Jack Lawrence, Sara Pitre-Durocher, Priscilla Tramontano, and Tony Fleecs on the miniseries. “We’re making a wild mash-up unlike anything else in your comic collection. You basically owe it to yourself and your future happiness to get a copy!”

“Teaming Transformers and My Little Pony has been a dream we’ve had for a long time,” adds IDW Editor-In-Chief John Barber. “We’re all really excited to see this mashup of characters by a mashup of creators who are honoring the legacy of both universes… and doing it in the most bonkers, fun way imaginable!” 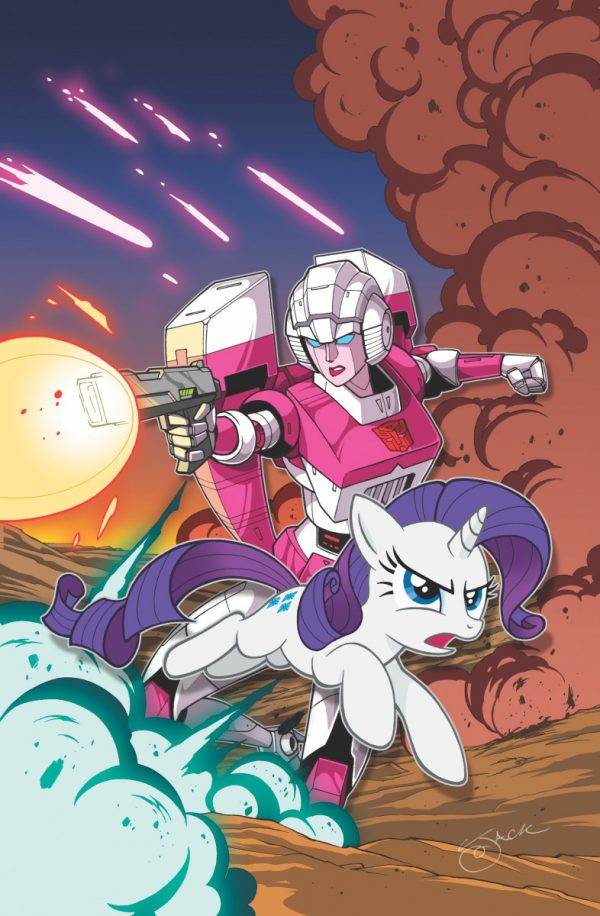 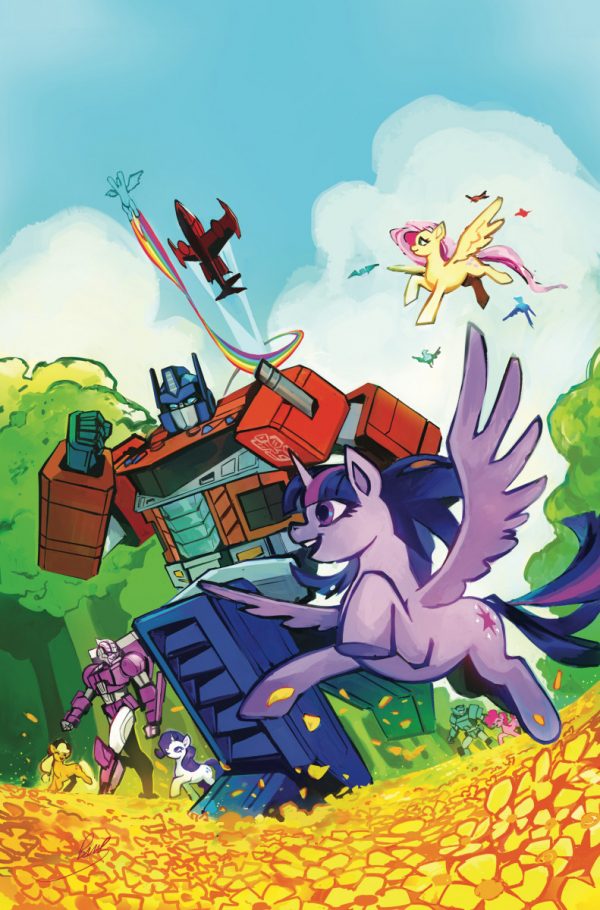 In MY LITTLE PONY / TRANSFORMERS, the scheming Queen Chrysalis casts a spell in search of changeling allies, but accidentally interferes with a distant Cybertronian Spacebridge… and brings the Autobots and Decepticons to Equestria! As the dust settles, it’s up to Twilight Sparkle, Optimus Prime, and others to overcome the menace of malevolent magic and machinery!