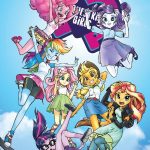 IDW Publishing releases the one-shot special My Little Pony Equestria Girls: Canterlot High: March Radness this Wednesday; check out a preview of the issue here… Spring has sprung, and your favorite Equestria girls are back with three brand-new adventures! Celebrate March Radness with the Spring Athletic event, a visit by the famous A.K. Yearling herself, […] 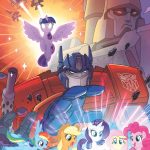 Two iconic Hasbro brands are uniting this May courtesy of IDW Publishing as the Mane Six team up with the heroic Autobots for the four-issue weekly crossover miniseries My Little Pony / Transformers. “The writing I’ve gotten to do individually for My Little Pony and Transformers have already proven to be some of the most fun I’ve […] 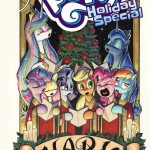 IDW Publishing releases My Little Pony Holiday Special 2019 this Wednesday, and we have a preview of the comic for you here; check it out… SEE ALSO: Hasbro announces My Little Pony: Pony Life animated series and toys When Rarity is invited to three parties on Hearth’s Warming Eve—one in Manehattan, one in Canterlot, and […] 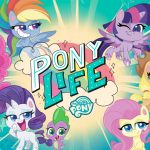 Hasbro has announced the next chapter in the My Little Pony franchise, My Little Pony: Pony Life, which is set to present a fresh take on the iconic brand with a new animated series from Allspark Animation, along with a line of tie-in toys and accessories. “We are thrilled to reveal a new, magical chapter […] 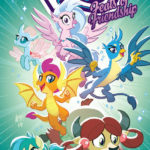 Ian Flynn (Sonic the Hedgehog) makes his My Little Pony debut this week with the launch of the new miniseries My Little Pony: The Feats of Friendship, and you can take a look at a preview of the first issue here… Come one, come all, to the School of Friendship’s very first sporting event—the Feats […] 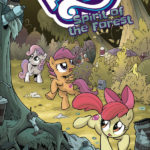 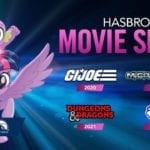 During an investor call timed to coincide with the New York Toy Fair, Hasbro has announced a new addition to its upcoming Allspark Pictures slate, with a brand new My Little Pony movie announced for release in 2021. As you can see from above, My Little Pony joins fellow Hasbro properties G.I. Joe, Micronauts, and […] 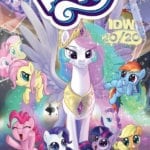 IDW releases My Little Pony: IDW 20/20 this Wednesday as part of its 20th anniversary celebrations; check out a preview of the issue here… Ponyville’s most courageous and magical ponies celebrate friendship and fun in this adventure set twenty years in the past! Twilight Sparkle, Rainbow Dash, and the rest of your favorite pony friends […] 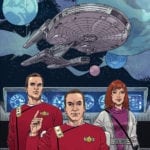 IDW has announced that it is set to celebrate its 20th anniversary in January 2019 with a brand-new weekly event IDW 20/20, which will explore some of pop culture’s most iconic properties – Ghostbusters, Jem and the Holograms, My Little Pony, Star Trek, and Teenage Mutant Ninja Turtles – as secrets and startling revelations of […] 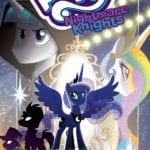 IDW Publishing launches the new miniseries My Little Pony: Nightmare Knights this Wednesday, and you can take a look at a preview of the first issue here… Powerless and threatened by a great evil, Princess Luna discovers she can’t count on her sister or any of the usual heroes of Equestria. Running out of time […]