The sound of jackboots are marching once more as Rebellion announces the release of Zombie Army 4: Dead War on Xbox One, PS4 and PC. This alternate history shooter features, guns, gore, a gripping story campaign and the return of the extremely challenging Horde Mode.  A launch trailer has been released and can be seen below…. 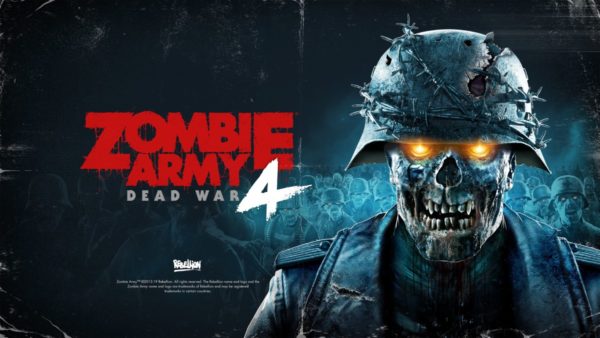 In Zombie Army 4: Dead War  players travel to an alternate Europe in 1946.  In this timeline there is no happy ending to World War II, there is no post war years filled with hope, instead the continent lays in ruins and the only thing that citizens are rebuilding are the ranks of the undead, all thanks to the Führer’s Plan Z.

Players can join 3 friends and set out across Europe in a harrowing story campaign that sees them fighting Nazi zombies.  Heroes can use a variety of epic weaponry, powerful skills and supernatural enhancements to destroy the zombie menace.

Zombie Army 4: Dead War is available now on Xbox One, Playstation 4 and PC.