Detective Comics #1021 is out this coming Wednesday, and we have a preview of the issue for you here courtesy of DC Comics; take a look… 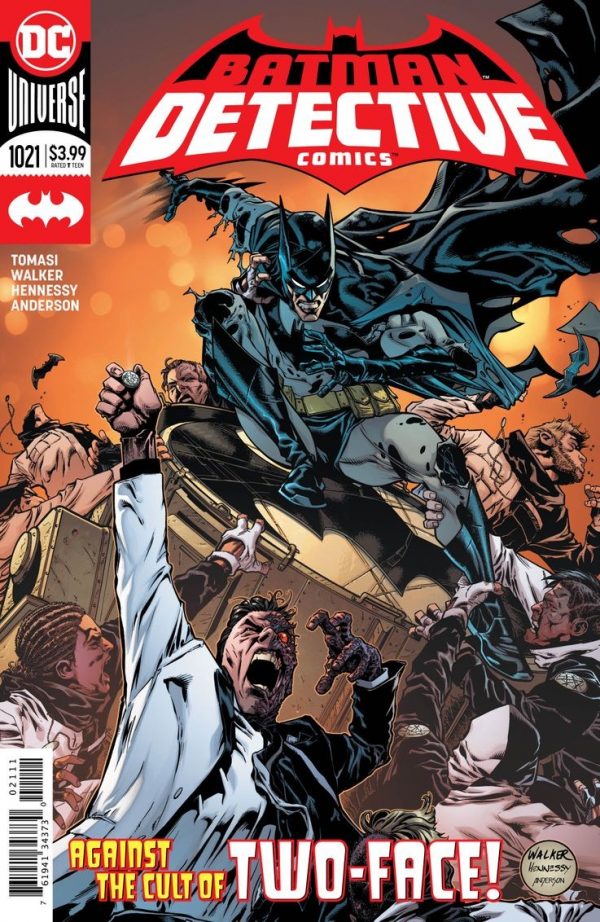 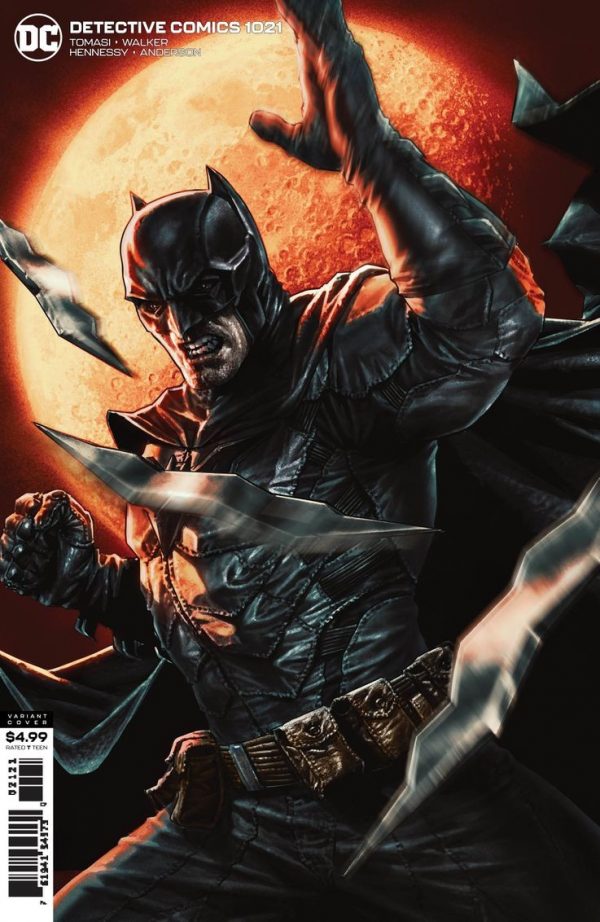 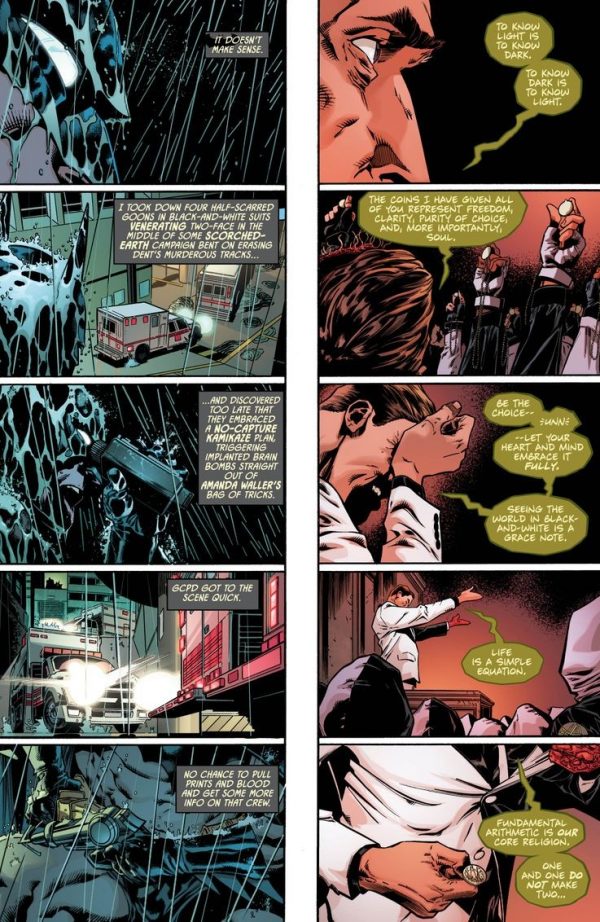 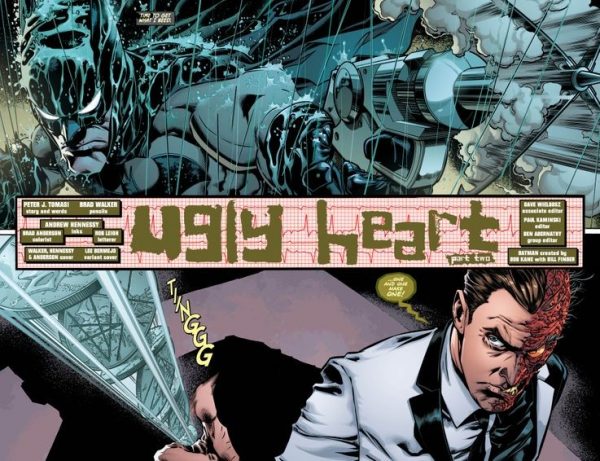 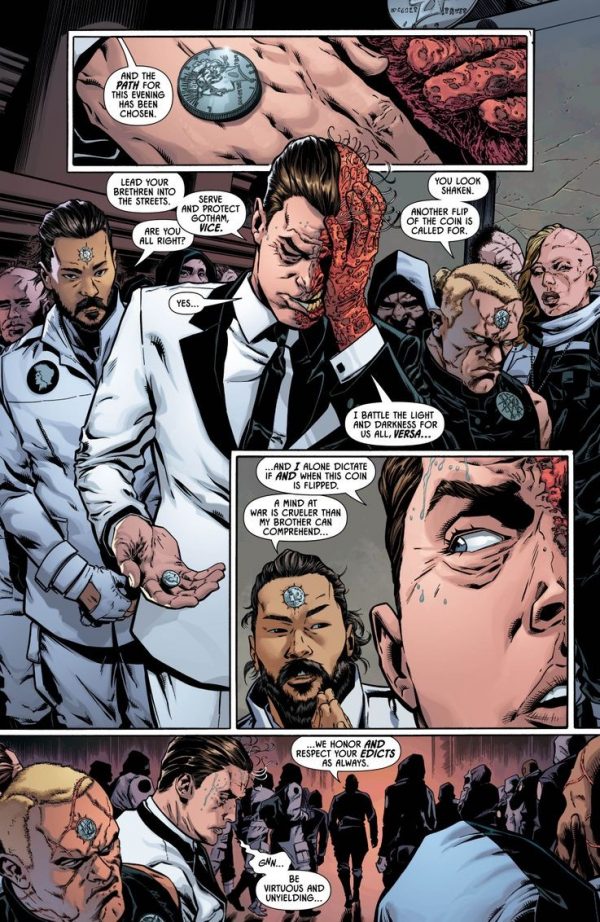 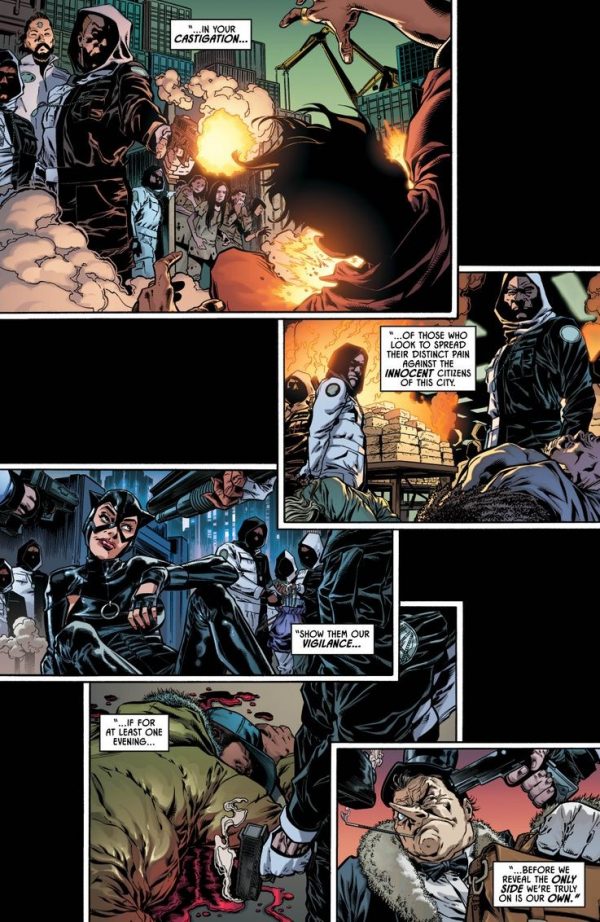 “Ugly Heart” part two! Two-Face has returned, and his Church of the Two has grown into one of the most dangerous and destructive cults Gotham City has ever seen. So why is the only person trying to kill Two-Face his own alter ego, Harvey Dent? Batman at last has found hope of a permanent cure for his friend’s evil split personality—but if there’s hope of ridding the world of the dreaded Two-Face for good, Bruce and Harvey must team up to beat back the bad.