From a 1930 Bentley to a Saab 900 Turbo in the novels, and a basic Sunbeam Alpine to a gleaming Aston Martin DB9 in the films, James Bond has had his fair share of vehicles; some as government property, others public and the odd one stolen. As well as evil villains, theme tunes and glamorous Bond girls, the vehicles used in each film are just as important in making a successful 007 adventure.

Catapulting the ordinary into something extraordinary for audiences, EON Productions have taken a whole range of public and private sector vehicles including bikes, cars, trucks, planes and even space shuttles and transformed them into something that conjures up danger, excitement and action. With record breaking stunt work and professionals on hand to modify and drive (or pilot) the vehicles, it’s safe to say they get the audiences engines revving.

But which of the many vehicles stands out as the greatest? There are obscure choices, some ordinary, but none are ever boring. Some have hidden defensive mechanisms, while some just simply are made for speed. Many of the vehicles used have gone down in cinematic history and are instantly identifiable with the James Bond franchise, which speaks volumes about their impact in popular culture as an inanimate object.

So let’s countdown the top ten most ingenious, dangerous, sleekest and most lethal of the vehicles used across the current 24 films.

We will be taking only a main vehicle used from each film (no hot-air balloons or cello cases permitted). 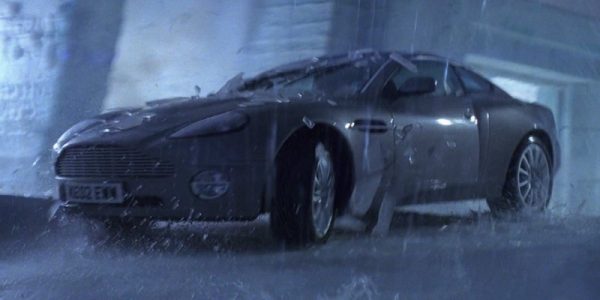 Bond’s car for investigating the lair of Gustav Graves in Iceland, with the modifications proving life-saving at times, predominately in a car chase between henchman Zao in his Jaguar XKR.

Greatest moment: Using the adaptive camouflage cloaking device to turn invisible to the human eye during his Iceland investigation, living up to the Q-Branch nickname of “The Vanish”. 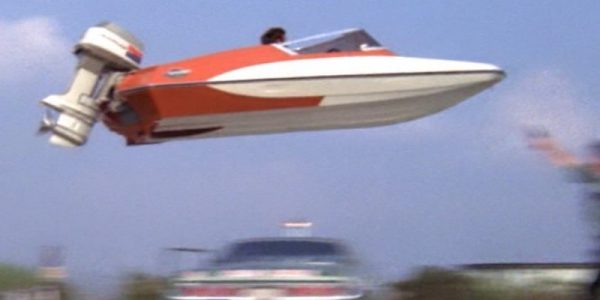 Stolen by Bond to escape Dr.Kananga’s New Orleans drug and alligator farm, leading to a dangerous and destructive bayou speedboat chase on water and, briefly, land.

Gadgets: None – but modified with central line drive and two hull rails for stability. 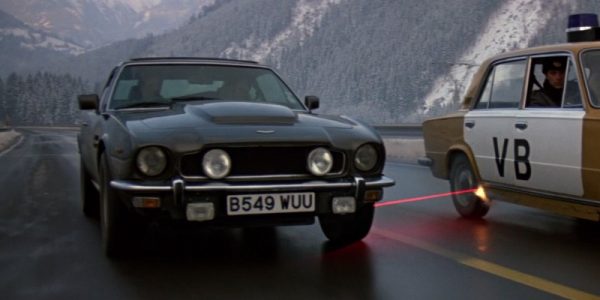 Driven by Bond in Czechoslovakia to locate Kara Milovoy, a key contact in his mission investigating the KGB. Modified by Q-Branch to contend with the country’s wintery conditions. 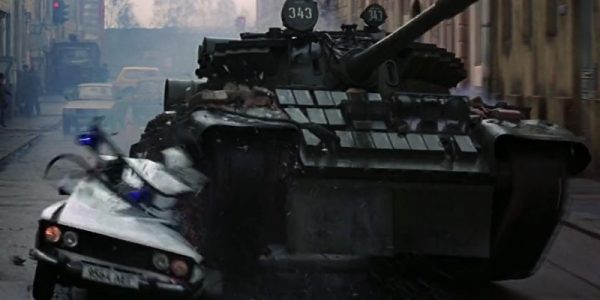 Stolen by Bond from the Russian Army out of St. Petersburg to chase villainous General Ourumov and the kidnapped Natalya Simonova, destroying half the city in the process.

Greatest moment: A discreet 007 moment; bursting straight though the wall of the Russian Army courtyard into the busy streets with a fully loaded tank to begin his chase. 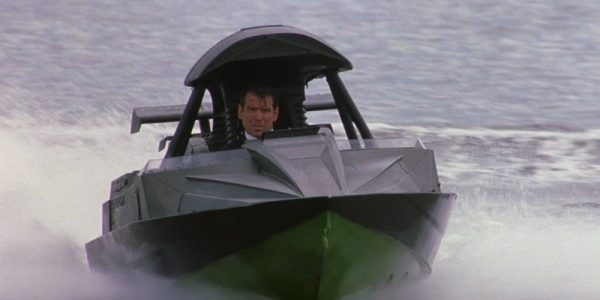 Originally designed by Q for his retirement, the prototype jet boat is “borrowed” by Bond to chase an assassin down the River Thames. Unfortunately, it doesn’t arrive back to Q in one piece.

Greatest moment: Blocked by flaming barrels, Bond takes the Q-Boat up onto the London streets, using the boost to navigate through a restaurant and crashed back onto the river opposite his target to end things once and for all. 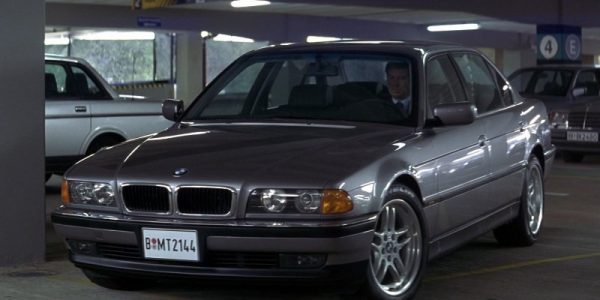 Delivered by Q for Bond in Hamburg whilst investigating the Carver Media Group. Becomes involved in a multi-storey carpark chase when the bad guys want something Bond has hidden inside the car.

Greatest moment: Driven by Bond via his mobile phone, whilst hiding in the backseat, using the wealth of weaponry and defensive mechanisms to escape a multi-story car park attack. 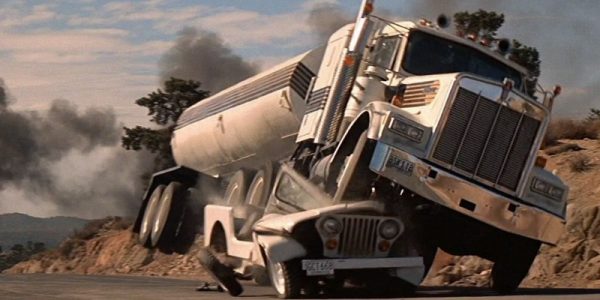 Four tanker trucks are used by drug baron Franz Sanchez to transport drugs mixed in with the gasoline for syphoning out. While all four leave the drug lab in Latin America, none make it to their destination.

Greatest moment: Bond hijacks a truck, complete with trailer, and performs a 9 wheel side drive to avoid a stinger missile attack. He steadies the truck on the villains Jeep, destroying it in the process. 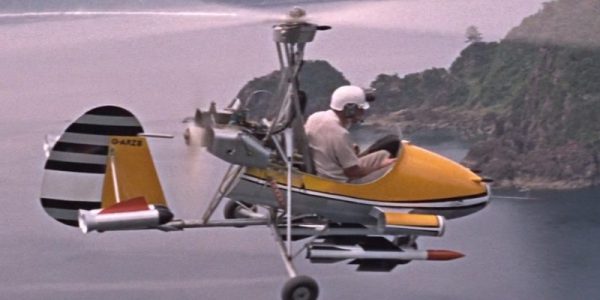 Literally assembled out of cases by Q and his team in Japan, this one-man gyrocopter is small and agile. Perfect for Bond to carry our aerial reconnaissance in the search for his hidden enemy.

Greatest moment: Taking on, and destroying, four SPECTRE helicopters who set out to kill Bond. 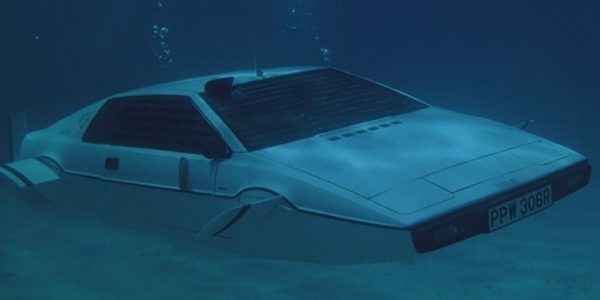 Provided by Q for Bond and Anya Amasova in Sardinia to carry out a covert investigation of Karl Stromberg and his empire. However, it does more than investigate when Stromberg’s sends hitman Jaws and deadly helicopter pilot Naomi to kill Bond.

Greatest moment: After a car and helicopter chase, Bond drives off a jetty into Sardinian waters and turns the car into a submarine at the flip of a switch. It continues the battle underwater, and survives. 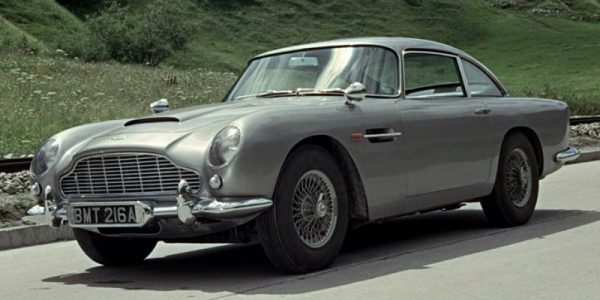 Modified and provided by Q-Branch, the DB5 is Bond’s frequent choice for a dependable, defensive, safe and stylish drive across Great Britain and the world to help in his assignments.

Greatest moment: In a surprising, dangerous and deadly show of defense tactics, Bond uses the passenger ejector seat on an unsuspecting thug riding in the DB5 after he is captured by Goldfinger. With a flick of his thumb, Bond flips up the gear stick hidden lip to reveal the red ejection button. He presses it, the roof compartment pulls back and the seat (and thug) is ejected in the blink of an eye. 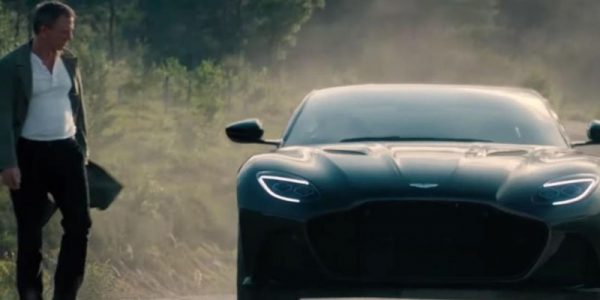 No Time To Die, with a new release date of November 2020 (delayed due to coronavirus fears), will continue the trend of giving us plenty of exciting action on land, sea and air. Director Cary Joji Fukunaga will make sure Daniel Craig has his hands full for his final outing, not just with three leading Bond girls, but with a host of new vehicles to use throughout the film. 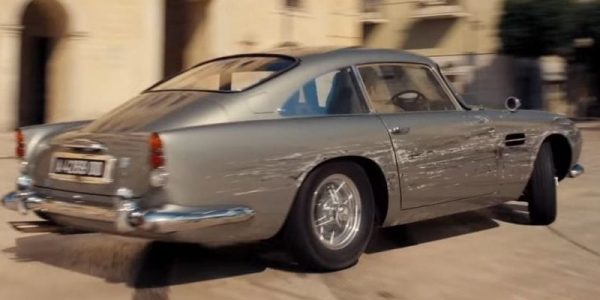 As well as the impressive roster above, we have seen from the trailers that No Time To Die will also feature yachts, helicopters, sea-planes and jeeps. So quite bit of motor insurance then! We already know the DB5 has two headlight M134 Miniguns, reinforced chassis and bulletproof windows, but what other tricks does Bond have up his sleeve (or exhaust) for an explosive getaway?

Will No Time To Die nod and wink to 1987s The Living Daylights with the return of the Timothy Dalton era V8 Vantage?

Which vehicles will make it to the final credits in one piece?