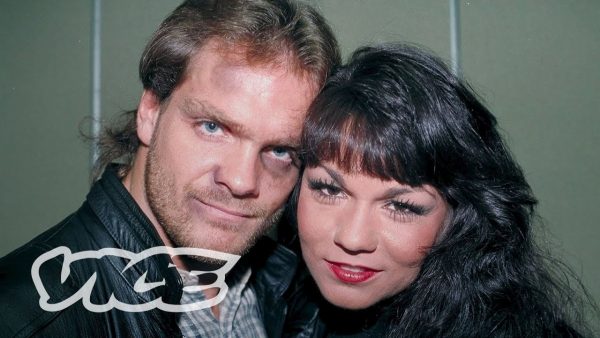 Vice’s pro-wrestling documentary series Dark Side of the Ring made its debut last spring to wide acclaim from fans and industry vets alike – even Dwayne “The Rock” Johnson gave it his blessing – while becoming the most watched series in Vice TV’s history.

Season one presented a fascinating if all-too-brief assortment of stories from behind-the-scenes of the wrestling business, including the murder of Bruiser Brody and WWE’s infamous “Montreal Screwjob,” and the nine-episode second season kicks off this week with a feature-length double episode detailing what many would dub the darkest day in the history of the industry.

If you’re a wrestling fan, you probably remember exactly what you were doing when you learned that WWE superstar Chris Benoit and his family had died, in what was originally speculated to be a gas leak. WWE went ahead with a tribute show for Benoit mere hours following the discovery of the bodies, but shortly after the episode finished airing, it emerged that Benoit had in fact murdered his wife, Nancy Benoit (better known as the wrestling valet “Woman”), and their 7-year-old son Daniel before hanging himself.

Though the circumstances surrounding Benoit’s mental deterioration in the years leading up to his June 2007 demise have been well documented by this point, this glossy yet respectful doc nevertheless justifies its existence largely through the virtually unprecedented access granted to those close to Benoit. This includes not only his surviving son David and Nancy Benoit’s sister Sandra Toffoloni, but also wrestling talents such as Chavo Guerrero Jr., Vickie Guerrero, Chris Jericho, Dean Malenko, and Jim Ross.

If sure to be of compulsive interest to wrestling die-hards above all else, Dark Side of the Ring is certainly conceived with a broader audience in mind, and to that end does a terrific job of concisely tracing Benoit’s life and times ahead of that fateful weekend. It takes full advantage of an extended runtime to ensure that, unlike some of the series’ prior episodes, it isn’t forced to hastily cut to the cliff-notes. 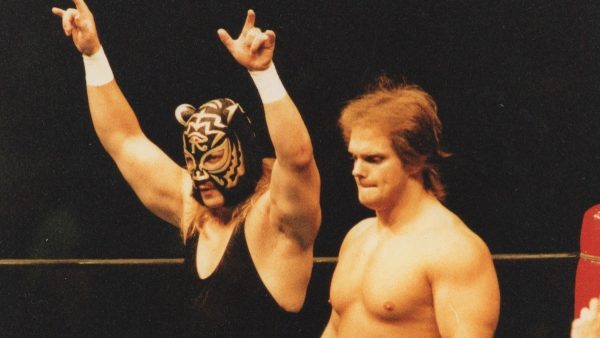 The particulars of Benoit’s heinous act will continue to be debated forever more – namely the impact of his prolonged steroid usage vs. regular concussions causing his brain to resemble that of an elderly Alzheimer’s patient – though Vice’s doc hauntingly details the incident which it seems may well have best instigated his downfall.

That event is, of course, the death of his long-time best friend and fellow WWE superstar Eddie Guerrero, who passed away from heart failure in 2005 at the mere age of 38. His death delivered a debilitating blow to Benoit’s own mental health, and is often suggested to have either triggered or hastened his downward spiral. Especially heartbreaking testimonials from Guerrero’s wife Vickie and nephew Chavo confirm not only the man’s own personal demons, but the colossal void he left in the lives of both wrestling fans and especially Benoit himself.

The documentary’s second half is meanwhile devoted almost exclusively to the weekend of the deaths and the years of fallout that followed, with Vice even being granted access to the Fayette County Sheriff’s office to speak with those who first responded to the crime scene. The doc smartly skirts clear of lingering on the grisly details of the murders themselves, focused instead on the initial scramble for information and how it led to WWE airing a majorly unfortunate tribute show mere hours before the murder-suicide verdict was rendered.

Wrestler Chris Jericho, who was one of Benoit’s closest friends, has spoken at length about his own inability to reconcile Benoit’s final act with the man he knew, and insists early in the documentary that he has no desire to glorify the man despite this.

He, like most other subjects interviewed – including Jim Ross, who flatly accepts blame for the tribute show ever taking place – remains incredulous that Benoit could keep a fair lid on his spiral until that weekend. Like many fans, however, Jericho believes that colleague William Regal, who offered up his own eerily non-committal words during the original tribute show, possibly suspected what had happened before the police confirmed it.

Mere days after the incident, WWE formally announced a distancing from Benoit and his legacy, and almost 15 years later, it’s safe to say that the wrestler has effectively been superficially erased from the record. Though his matches can still be viewed on the WWE’s bespoke streaming service WWE Network, his name yields no search results.

Chavo Guerrero proves especially reflective as he struggles to come to terms with “humanising a murder,” as he puts it. Yet anyone perversely hoping for a foot-in-mouth soundbite should know that every subject without exception has no qualms about the gravity of Benoit’s behaviour and how it impacts his legacy – especially his much-discussed potential inclusion in the WWE Hall of Fame (which, as Ross argues above all others, should never happen).

The true legacy of Chris Benoit’s death will be the conversations it opened regarding “roid rage” and especially repeated concussions in contact sports as a whole. Retired WWE superstar Christopher Nowinski has since become an authority on brain injuries among athletes, and was pivotal in arranging to have Benoit’s brain medically examined for markers indicative of chronic traumatic encephalopathy (CTE), which has been linked to the untimely deaths, often self-inflicted, of numerous athletes.

Nowinski argues persuasively that CTE may well have been the prevailing cause for what happened to Chris Benoit and his family, though it’s also highly likely that it may have been a violent explosion of numerous conspiring factors. That Benoit’s death led to a far more frank and honest discussion about head injuries in sports is the small positive to emerge from an unconscionable series of acts.

But finally, and most affectingly, we come back to Chris’ son David Benoit, who bears a strong resemblance to his disgraced father and has clearly struggled to grow up in the shadow of such a controversial figure. David believes the person who committed the murders was not the man he knew as his father, but rather something else corrupted by one of the many suggested factors at play. Despite the potential for such a traumatic event to ruin a person’s life, David comes across as relievingly pragmatic about what happened. 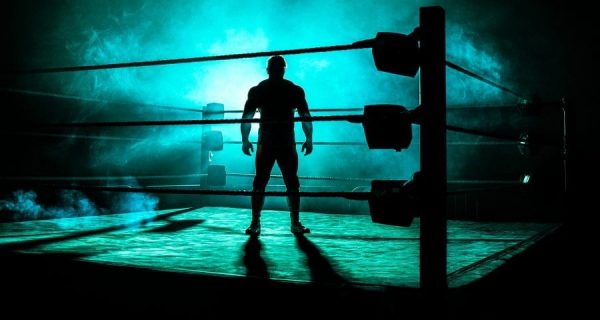 Thankfully, Chris Jericho has kept in contact with his friend’s son over the years, and the doc reaches a touching crescendo when Jericho arranges for David to reunite with his estranged aunt Sandra – Nancy’s aforementioned sister – after familial turmoil kept the two apart for 13 years.

Ultimately, Dark Side of the Ring‘s remarkable season two premiere broaches the question of how to reconcile Chris Benoit’s accomplishments with the diabolical nature of his final act, an act performed when he likely wasn’t in his right mind. There is no “correct” way to view Benoit, and it remains a contentious issue well over a decade on, even if most sensible minds appear to agree that the preciousness of his in-ring achievements is irreparably tarnished by what happened on that June weekend.

This is a must-see for wrestling fans and a great start to a season that’s set to feature such juicy subjects as Owen Hart’s untimely death, the WWE’s infamous Brawl for All boxing tournament, the murder of Dino Bravo, the death of Jimmy Snuka’s girlfriend, and so many more.

If the greatest criticism of season one was that the 45-minute episodes felt too bite-sized for their own good, it was certainly sensible that a subject as densely fascinating as this was given the two-parter treatment. The show as a whole could probably do without the somewhat cheesy B-roll recreations, but it’s a small gripe in a series that otherwise gets so much right.