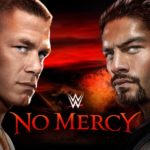 Liam Hoofe takes a look back at some of the best matches in the history of the WWE No Mercy event… Outside of the big four PPVs, there are very few events that have been as consistent over the years as WWE No Mercy. The event, which is for the first time, a Raw-exclusive pay-per-view […]

In preparation for this Sunday’s event, Liam Hoofe takes a look back at the best matches in the history of WWE Backlash… The return of WWE Backlash last year was met with an enthusiastic response from the WWE Universe, and with good reason. The PPV, which traditionally followed on from WrestleMania, has given us some […]

The long-rumoured Chris Benoit biopic, Crossface, may finally be seeing the light of day. Director Lexi Alexander (Punisher: War Zone) confirmed on Twitter that she has signed on to direct the biopic. The film will focus on the life of the wrestling legend, and the events leading to his infamous 2007 double-murder and suicide. Alexander […]

In the build-up to WrestleMania 32, the Flickering Myth writers look back at previous installments of the ‘Show case of the Immortals’… The Card: Rey Mysterio vs. Eddie Guerrero Edge vs. Chris Benoit vs. Shelton Benjamin vs. Kane vs. Chris Jericho vs. Christian (Money in the Bank Ladder Match) Randy Orton vs. Undertaker WWE Women’s […]

In the build-up to WrestleMania 32, the Flickering Myth writers look back at previous installments of the ‘Showcase of the Immortals’… The Card: United States Title Match: John Cena vs. The Big Show World Tag Title Match: Booker T & Rob Van Dam vs. Garrison Cade & Mark Jindrak vs. The Dudley Boy vs. La […]

In the build-up to WrestleMania 32, the Flickering Myth writers look back at previous installments of the ‘Showcase of the Immortals’. The Card: IC Title Match: Chris Jericho vs. William Regal Tazz & The A.P.A vs. Right To Censor WWF Hardcore Title Match: Raven vs. Kane vs. The Big Show (Hardcore Triple Threat Match) European […]

In the build-up to WrestleMania 32, the Flickering Myth writers look back at previous installments of the ‘Showcase of the Immortals’… The Card: The Godfather & D’Lo Brown vs. Big Bossman & Bull Buchanan WWF Hardcore Title Match: Tazz vs. Viscera vs. Pete Gas vs. Rodney vs. Joey Abs vs. Hardcore Holly vs. TAKA Michinoku […]