Tom Jolliffe takes a look at films about film… 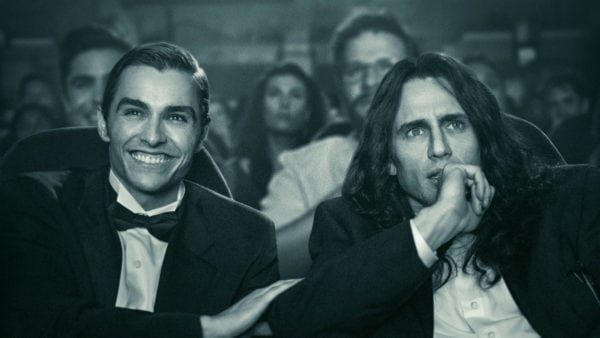 The magic of cinema. A wonderful escape from the rigours of modern life, or a microscope onto the worst issues we might face. Escapism, realism, thrills or dramatic truth, whatever your desire, is covered.

The very process in making film is also in equal measures magical, frustrating, sometimes impossible and insurmountable. Having written and produced films myself, and endured the very many that for one reason or another, didn’t get made, I can say that every film that gets completed and displayed to more than the cast/crew (and their family) is a triumph. So many elements (or maybe we call them hurdles) go into the film-making process, and it’s a feat of endurance to get through each stage of the process.

Cinema has a rich history in films of all genres and almost every possible story line covered, but additionally, there have been a large number of great examples that skew the film-making process itself. Something about the creation of a film has often made for an engaging cinematic story in itself. One of the great examples, 8  1/2, is Federico Fellini’s uber stylish take of a renowned filmmaker who finds himself creatively dry whilst trying to get a new big budget film off the ground shows everything associated with the glamour of cinema back then, while drawing back the curtain on the difficulties associated with delivering the picture (and the pressure of being a film-making icon). 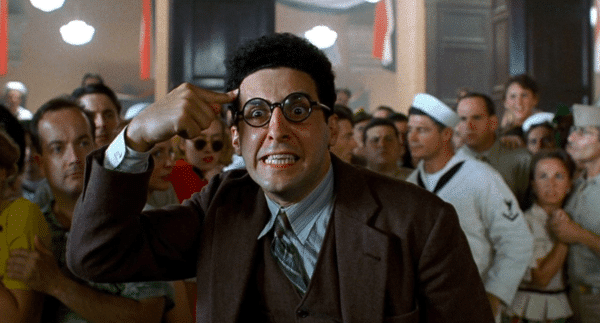 There has often been a comical skew to many films about filmmaking. The whole process in Hollywood, a certain pomposity about the way films are greenlit. You only need look at some of what plays in the cinema to wonder just what on Earth some execs are thinking when they sign off on certain films (often for obscene amounts of money). If you look at Barton Fink, a struggling writer in classic era Hollywood, tasked with writing a ‘wrestling picture’ during his crippling bouts of writers block. It’s a great film, that’s perhaps more about the process from the writers perspective, combined with the Coen’s usual penchant for the dark twist in the tale, but there’s also (especially in the portrayal of Hollywood executives by Michael Lerner and Tony Shalhoub) no shortage of wry mirth at the expense of the industry (particularly at the check signing end of it). See also the brilliant Robert Altman film, The Player, which sees Tim Robbins as a producer being threatened by an anonymous and disgruntled writer he blew off.

Whilst filmmaking is rarely shown as entirely glamorous and simple, there are also plenty of films which pull away from the glamour of high end Hollywood and focus on the underdogs just trying to push their way into the back door somewhere. Given of course there were plenty of real life examples, it goes without saying that there are a number of enjoyable bio-pics about driven film impresarios whose relentless bull headed determination made up for the dearth in talent. Ed Wood, Tim Burton’s excellent bio pic about the titular B movie icon who would become a moniker for the So bad it’s good film (with the likes of Plan 9 From Outer Space). More recently, James Franco brought to life an oddball and yet fascinating film about Tommy Wiseau and Greg Sestero’s making of their infamous film The Room. James Franco’s pitch perfect performance as the odd but oddly captivating Wiseau was fantastic (ably assisted by Dave Franco as Greg Sestero). Wood and Wiseau both most definitely unique characters in their own right, but both used well in a pair of enjoyable underdog stories that paints the pair as heroic creators rather than simply making fun of them. 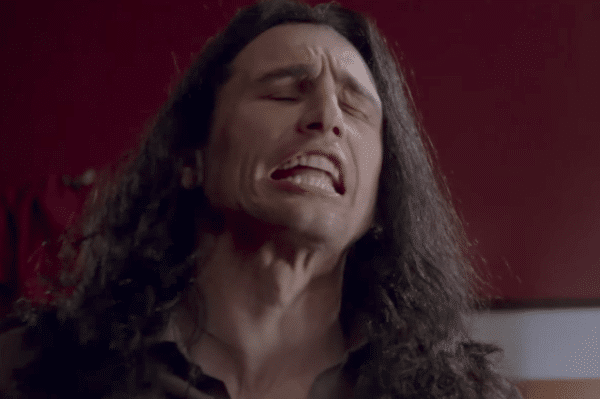 Going beyond film-making itself, a film like Cinema Paradiso is a wonderful (if a tad maudlin at times) love letter to cinema itself. That wonderful finished product. In the can, ready to be displayed, out for the world to see. It’s beautiful tale about how easy it is to fall in love with film. Be Kind Rewind, whilst not the best work from Michel Gondry, is a great film about the video shop experience and the unique passion of a film aficionado. As two bumbling idiots, after accidentally erasing a shop full of video cassettes, set about remaking each film themselves, it shows that love ingrained on everyone from their familiar favourites. Similarly, Son of Rambow is a touching film about two boys who become obsessed with First Blood and get hold of a video camera to make their own version. That desire to recapture films that means so much to them, without ambitions beyond, is interesting in both the case of Rambow and Be Kind Rewind.

There have been a number of films to take a darker twist in the whole idea of films and film-making. Peeping Tom, a view of the voyeur who enjoys recording the deaths of his murder victims, attempting to capture the very moment they know they’re going to die. It’s dark and a little twisted. Or we can look at a film like Wes Craven’s sorely underrated New Nightmare which takes the Freddy Krueger franchise and goes meta, where the film stars become the focus of this new story, including Robert Englund playing himself. Somehow, Krueger is manifested by a demon, and his threat becomes very real. It’s darkly comic and it’s also a hell of a lot more interesting than Craven’s more iconic, Scream (which followed a couple of years later). 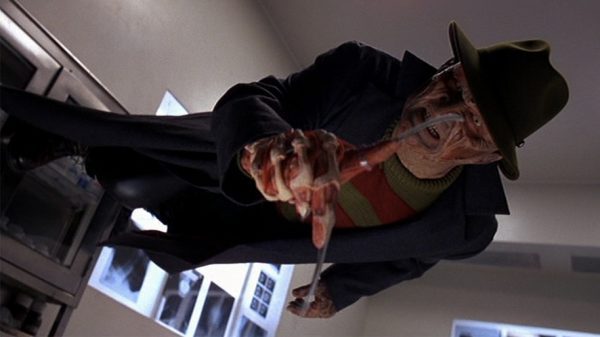 There are so many film examples, and film as a subject matter, or plot device always offers up plenty of opportunity. There’s scope for passion love letters, satire, or a twisted sting in the tale.

What is your favourite film about film? Let us know in the comments below or on our twitter page @flickeringmyth.com…